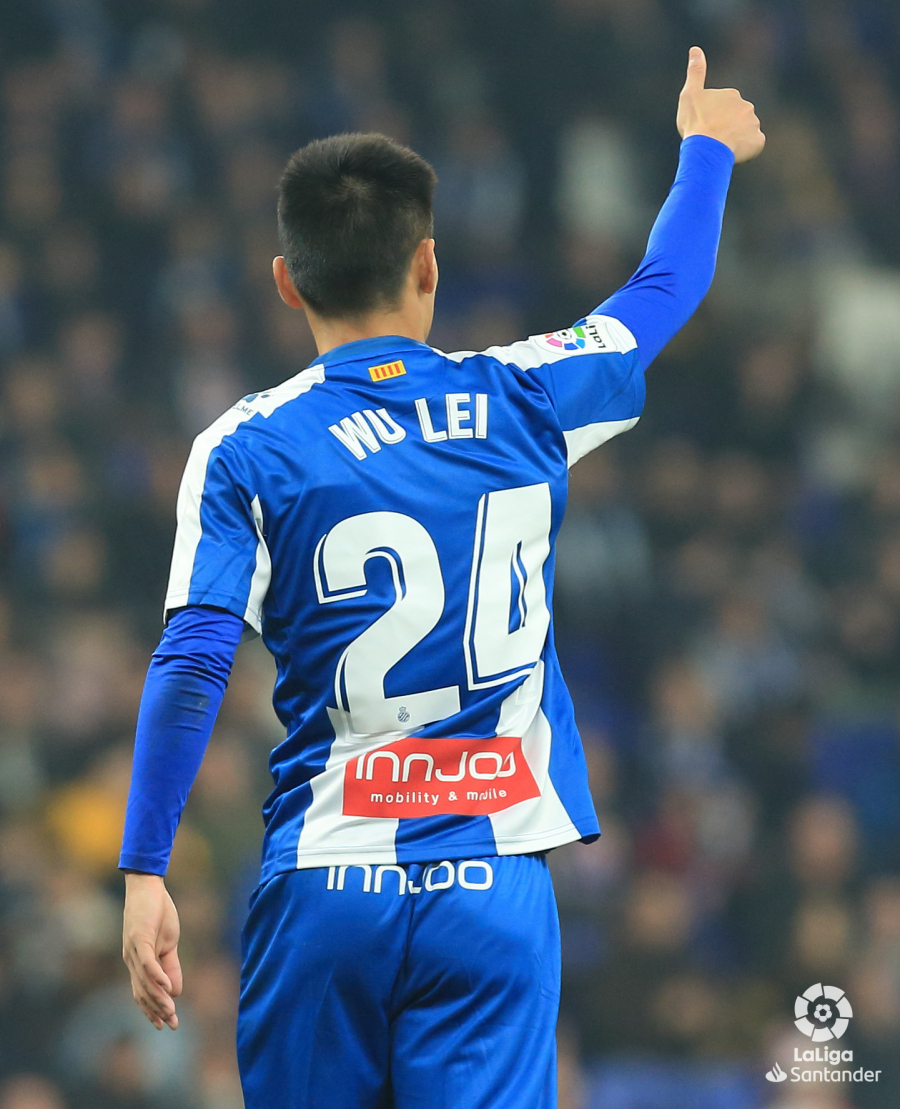 January 28th, 2019 was significant for LaLiga’s relationship with football fans in China. The day that RCD Espanyol de Barcelona completed the transfer of Wu Lei from Shanghai SIPG saw the arrival of a new hero to Spanish football, who could form a central part of the league’s strategy for growth in the country. The subsequent increase in followers and levels of engagement that LaLiga has seen suggests that its approach is paying off.

After the arrival of Wu Lei, LaLiga began a digital content strategy that would create a series of memorable events for Chinese fans throughout the season. In order to keep fans up to date with the striker’s progress in Spain, every event involving the player, from his first start to his goal on the final day of the season, was promoted via posts on all of LaLiga’s Chinese social media profiles, on Sina Weibo, WeChat, Toutiao and Douyin.

Eleven of these posts, posted to LaLiga’s Sina Weibo account, received a higher-than-average level of engagement for sports content on the platform.

A high point of the 2018/19 season came on March 2nd, when Wu Lei scored his first goal in LaLiga Santander in a 3-1 victory over Real Valladolid. With the Clásico between Real Madrid and FC Barcelona taking place that same day, LaLiga made the most of the opportunity to reach a particularly large audience, quickly distributing photos and videos of the goal across its Chinese platforms.

The result of this was engagement higher than that to the news of Cristiano Ronaldo’s Juventus transfer in 2018.

“Football is still a developing sport in China and we are relatively new to the market, but during the last six months we have seen fan interest take a big upturn,” said Alfredo Bermejo, digital strategy director at LaLiga. “Wu Lei presents a huge new opportunity for us and we are determined to make the most of it through timely, informative and entertaining content.”

Looking at overall results for the 2018/19 season, LaLiga gained 673,000 followers on Sina Weibo during the past season, a significant number considering that last season’s ‘fastest growing’ league, the Bundesliga, gained 250,000 new followers in 2018. The vast majority (82%) of these followers arrived following the signing of Wu Lei.

In terms of engagement, LaLiga saw 463,000 comments on the Sina Weibo platform, again largely driven by Wu Lei. Over half (53%) of this engagement was related to the RCD Espanyol de Barcelona forward.

LaLiga has held a presence in China for over three years, forming close working relationships with local government, the Chinese Football Association and Chinese Super League in order to help grow grassroots football in the country. Social media has formed a major part of this as it has conducted storytelling to introduce Chinese fans to the Spanish game, but the arrival of Wu Lei has allowed these efforts to move to the next level.

“A single player can have a transformative effect on digital engagement but only if the strategy is right,” continued Bermejo. “Our partnerships in China, from grassroots to presidential level, are crucial to our long-term plan in the country and will be important to building lasting relationships with Chinese fans.”

Wu Lei’s club has also been able to create greater connections Chinese fans as a result of its new signing. “The arrival of Wu Lei has generated much interest among our Chinese followers who are spread all over the world,” Laureà Folch, the digital manager at RCD Espanyol de Barcelona, added. “We have a playlist with Chinese content that we update every week. The result has been our highest levels of growth on record.”

Reaching new fans in an overseas market is a complex task that requires careful understanding of local platforms and audience. Having steadily built a loyal audience over time, LaLiga has the foundations in place to significantly grow its audience in China. As he heads towards his first full Spanish season in 2019/20, Wu Lei could be the catalyst to provide this.