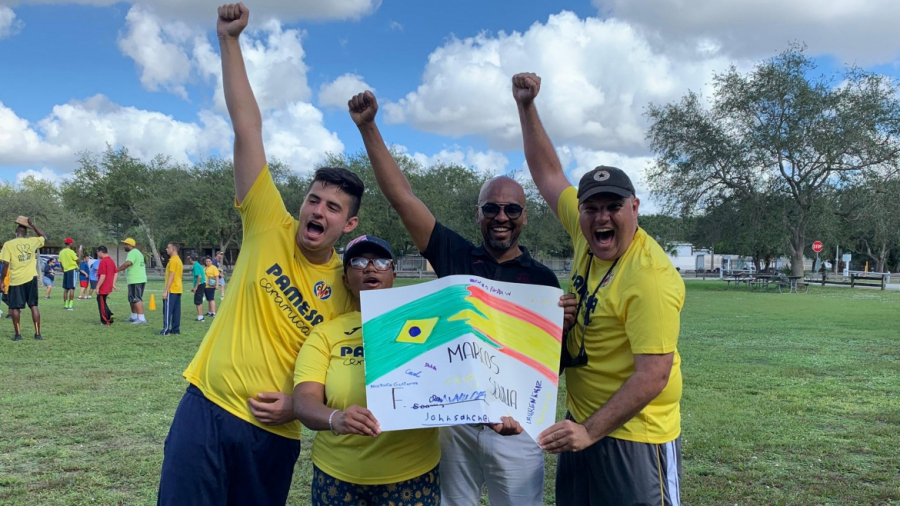 How Villarreal is extending its brand to Miami

The yellow submarine of Villarreal was highly visible across Miami this month as the club made its latest visit to the USA. While the market is a lucrative one, Villarreal is keen to expand the club’s brand in a sustainable way, making slow and careful investments over several years.

In keeping with this approach, the club organised a number of events in Florida this month focused on football development, joining with LaLiga to create a programme that aimed to build long-term brand recognition rather than short-term gains.

“It’s not enough to strike an agreement with a club or an academy, to hoist a flag, to earn a royalty for your brand and to go back home,” the Spanish club’s vice-president José Manuel Llaneza explained. “We don’t believe this is the proper way to leave a footprint with your brand.”

The idea at the club is to make a real and permanent difference by growing football, as well as its own brand, in North America. It has been working for several years in the market through the presence of academies in cities like Dallas and New York and continued to build on this strategy during its latest trip, represented by former player and LaLiga ambassador Marcos Senna.

“Our idea is to be able to build a great academy in Miami,” Llaneza added. “LaLiga has always provided collaboration for these global awareness initiatives as we have presented our ideas with a clear goal.”

One of the main features of this trip included the Villarreal Elite Camp Miami, where approximately 300 youngsters, along with local coaches, from across Florida met for a weekend of coaching and training activities where the club’s unique methodology was explained.

Later in the week, Senna and the club’s coaches visited local academies as part of the Villarreal Soccer Clinic Tour South Florida. Again, the priority was to share the Villarreal methodology and introduce more young players to the club’s story.

As Llaneza explained: “We can’t sell more shirts just by being here. We have to be able to sell our biggest asset, which is the methodology of our academy.”

To conclude the trip, the Villarreal Yellow Cup Miami, organised by LaLiga, was held at Amelia Earhart Park with the involvement of youth sides from across the country. There were 16 youth teams involved in total, which aside from the Villarreal under-12s included FC Dallas, New York Red Bulls, Seattle Sounders and 12 others from across the state of Florida. Attracting more than 3,000 spectators at the event over the weekend, Villarreal demonstrated the strength of its existing academy by winning the tournament, overcoming Red Bulls 2-1 in the final.

With this latest chapter of its US programme now concluded, Villarreal is focused on the next one. Already in its fourth year of international expansion, the club will maintain its steady progress across the country, as those working at the Estadio de la Cerámica are serious about forging long-term bonds and alliances.

“What Villarreal is looking for is the same as in all markets,” Llaneza said of the club’s international mission. “It’s about not just forming players, but forming people.”