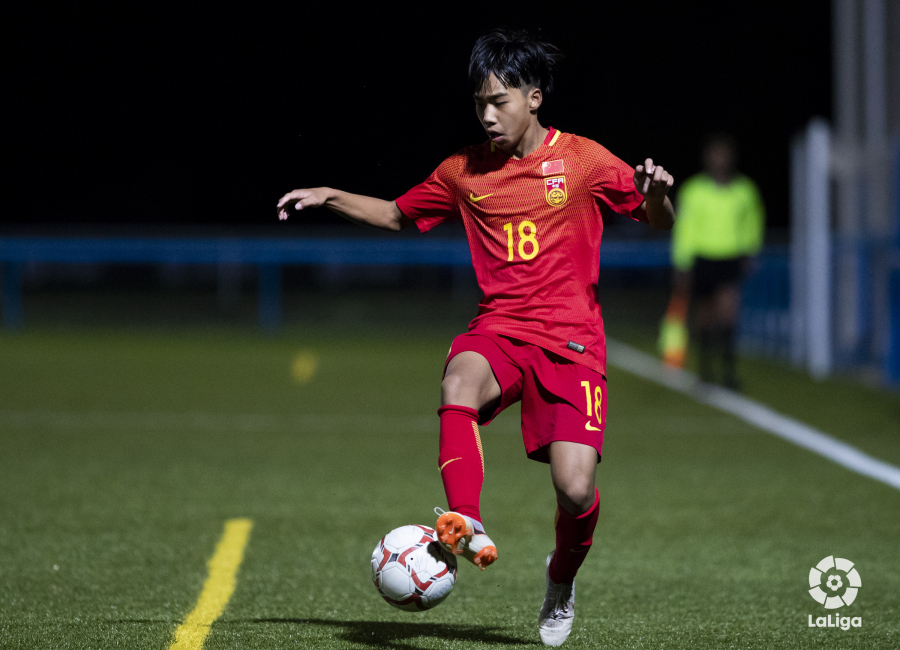 The secret to producing football talent: From global partnerships to teaching life skills

For football to develop in any country there needs to be a depth of playing talent that creates competition for places at domestic clubs, drives up overall standards and improves the ability to compete internationally. To achieve this, a strong grassroots infrastructure is essential.

But while every nation sets out to develop the next football superstar, grassroots programmes remain complex to implement and sustain. There’s a need to boost participation and to create a bond with the young players that keeps them engaged. On top of this, the standard of coaching must be constantly reviewed and improved.

These elements were at the centre of a discussion about the future of football talent, held at Soccerex China and attended by some of the world’s leaders in sports development. Among them was Carlos Casal, LaLiga’s Senior Specialist in sports projects development, who has spent over two years developing grassroots projects in China as well as assisting many global federations in building their own programmes.

Strong partnerships
From Casal’s point of view, the key to success depends on multiple groups coming together, citing the example of Spain where local clubs play a central role in the management of academies. “It is very important to have a system of partnership that creates a link to your local club or institution,” he says.

“In Spain, football development is principally based on the club model, meaning that kids feel part of their local side from a young age. Whatever country you are in, I think that should be present in each football system.”

With different countries in different states of football development, there is a need to adapt to local context, but partnership should remain the ultimate aim. In the case of China for example, the sport primarily takes place in a school setting, after the Ministry of Education made football development a key part of its curriculum.

“Chinese parents, they now see football as part of the education of their kids,” Casal noted. “When we came to China, we started working with the ministry of education. This allowed us to reach as many kids as possible.”

Whether forming links with clubs or with schools, the strategy creates a local identity and shared purpose which can keep youngsters excited in the sport. “One of the aims for all human beings is to feel a part of a community,” Casal added. “You want to represent your hometown, your region or your community and feel proud of that.”

Looking overseas
After forming such local partnerships, the next step is to build international links in order to review and share best practice. Looking overseas for inspiration can be a particularly valuable step in understanding the different state of football development on a global scale.

“You need to show that football is very complex and there needs to be research and study,” Casal remarked. “You should always be prepared to take best practice from other countries and not assume that you have the best model.”

For this reason, LaLiga has spent recent years forming close working relationships with football federations, clubs and leagues around the world, building a network of expertise that will improve the standard of the game and protect its future.

“If you want to develop football very quickly, you might focus on what is happening in the likes of Spain, France, the Netherlands and Germany. But the state of football development in other countries is not the same as in Western Europe, so you may need to adapt your way of training and your tools.”

Continuous coaching education
With participation levels now increasing, there is a need to ensure that young players are receiving the best possible coaching. As Casal explained, this requires a deep local knowledge coupled with a willingness to embrace change.

“There isn’t a 100-page book that teaches you how to manage an academy,” Casal pointed out. “You have to adapt to the context. You have to first of all study where you are. You have to study what your players are like. After that, go step by step and implement your method.

“As a league, we try to set the common points of our clubs’ methodologies, in terms of football development. But you can’t use all of the methodology that you’re using in one country because it will not be successful everywhere.”

Since LaLiga arrived in China in 2015, the league has trained up over 6,000 coaches through various partnerships. The idea is that these coaches can then go out and spread LaLiga’s country-specific methodology. However, LaLiga’s responsibility doesn’t end when the courses finish. “We keep in touch with the coaches and keep exchanging knowledge and different exercises,” Casal explained.

There is an onus on the coaches themselves to keep improving and to constantly refresh and update their knowledge. As Casal noted: “Becoming a coach isn’t just attending a training course and then applying what you have learned. A good football coach is the coach who goes back home after training or a match and who thinks that they could do better the next time.”

Role in wider society
Following these steps can encourage children to take part in football, establish a football culture and ultimately create more success for the game at a national level.

But the true success of a grassroots programme, Casal adds, can be measured in its effect outside of the game.

“Nobody can tell you if a 12-year-old kid is going to become a professional football player,” Casal said. “But if you invest in your child, in terms of time, energy as much as money, then after several years they will have a better chance to be more successful in life.

“Becoming a professional footballer should not be the only or main objective. The best academy players will also be more able to work in a team and to have better relationships with people. I think that’s very important, not only for the football system, but also for society.”