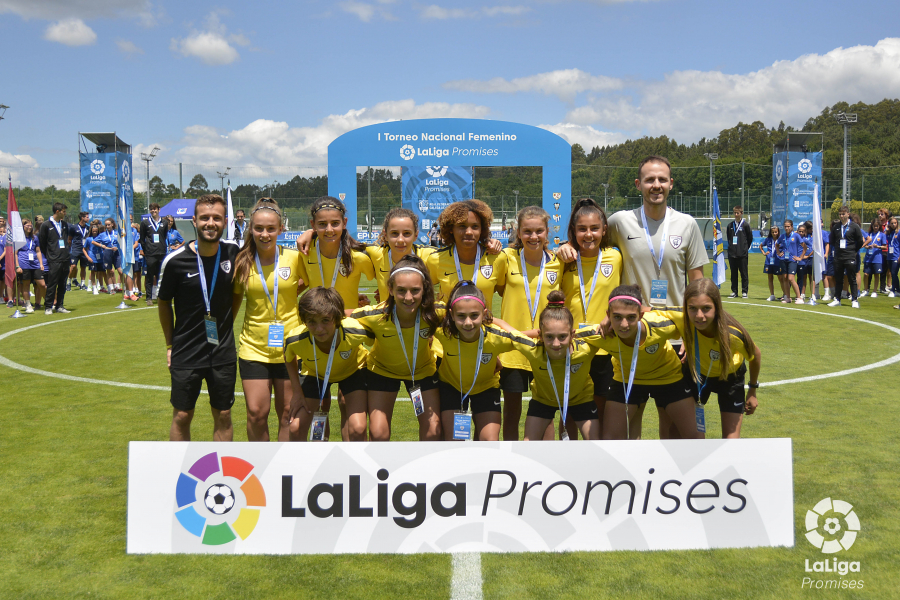 Girl football stars get their own LaLiga Promises tournament

The LaLiga Promises tournament for the best Under-12s teams in Spain and beyond is one of the most prestigious youth tournaments in the world. Now young female players can also benefit from this experience as LaLiga has created the first girls’ edition of the event.

The event provides a new platform for future stars of the women’s game to showcase their talents. Games were broadcast on Gol TV in Spain and also via YouTube and LaLigaSportsTV, making the tournament available to a huge potential audience.

LaLiga Promises for boys has gone from strength to strength since the first edition in 1994, with the 26th edition having recently been held at Villarreal’s PAMESA Cerámica Training Ground in Castellón. Over the years, some of the best Spanish players of the 21st century took part in the competition before making the jump to professional football, such as Iker Casillas, Fernando Torres, Xavi Hernández, Andrés Iniesta and Gerard Piqué. Now, girls from across Spain can advance their careers through LaLiga Promises and enjoy the same tournament exposure.

For over four years, LaLiga has been working to boost the profile of women’s football in Spain and beyond, assisting Liga Iberdrola clubs as they expand their training programmes and youth academies. Among other efforts, it has offered consultancy on promotional campaigns and helped teams to stage top-flight women’s football matches at LaLiga Santander stadiums, such as Athletic Club’s San Mamés ground in Bilbao where a new attendance record of 48,121 was set in 2019.

The creation of the LaLiga Promises Women's National Tournament, which was won this year by Madrid CFF, presents a further step in the league’s aim to evolve women’s football and make it a mainstay event for TV audiences. In so doing, it opens the door for new stars of the future to be discovered.