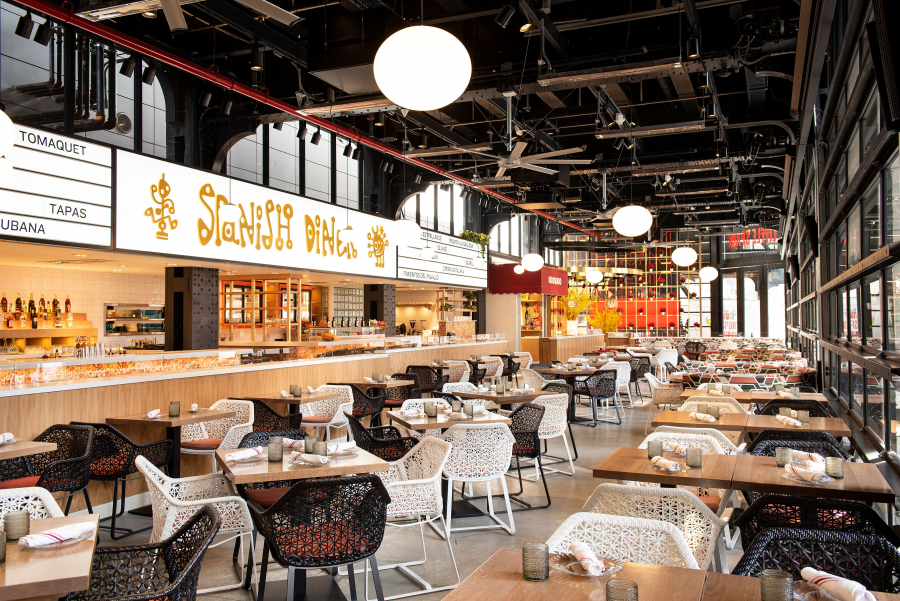 The Spanish football community has a new base in New York

The first goal of the 2019/20 LaLiga Santander season was special and was seen across the globe. Aritz Aduriz’s spectacular late winner for Athletic Club against FC Barcelona on opening night was celebrated in Bilbao, but also by Athletic fans in other continents, including in North America where there are multiple fan groups of the Basque club. These kinds of communities, which make watching football a unique experience, now have a new hub in New York City following a partnership between LaLiga North America and Mercado Little Spain

The market, created by renowned Spanish chef José Andrés, was opened in March of 2019 and the all-day dining destination is a space for celebrating Spanish culture, making it a natural fit to be the home of LaLiga in the US. “Fútbol has always been a big, big part of my life, along with many Spaniards and more and more Americans every year,” Andrés explained.

Very proud to be a partner with the best football league in the world...@little_spain oh yeah!! https://t.co/siKDkAfhnw

Located at the Hudson Yards, the market brings Spanish culture to life through various events, from vermouth tastings to La Tomatina dishes and now, the screening of LaLiga matches. Thanks to a partnership between ThinkFoodGroup and LaLiga North America, Mercado Little Spain will show live Spanish football games and host special football-related events.

“We are thrilled to have Mercado Little Spain as our official home in New York and to create a space where fans can experience the best of Spanish culture together – food and soccer,” said LaLiga North America CEO Boris Gartner. “José Andrés is a recognized ambassador of Spain in the US and he’s a die-hard LaLiga fan and we are proud to partner with him to bring Spain closer to America.”

“Our main goal is to make sure we get LaLiga, its clubs and players closer to fans in the US and there is not just one way of doing it,” added Gartner. “It is an all-encompassing strategy that includes content, digital and social actions, grassroots activities and live events. If there is a soccer fan in the US, we want them to think about LaLiga, we want them to experience LaLiga and we want them to engage with LaLiga. To achieve that we need to create as many touchpoints as we can.”

Loading...
New York City is already a hotbed for Spanish football fans, so it makes sense that there is an official base for people in the city. As Gartner explained: “New York is one of our key markets and we want to make sure that if you live here or if you are visiting then you know that every time you want to watch a game there’s a place you can go to. As part of the partnership, Mercado Little Spain will always have one LaLiga live game on and we will organize special events around key fixtures during the 2019/20 season.” Those events will include LaLiga Ambassador ‘meet and greets’, merchandise giveaways and much more.

There are also plans to host business-focused events called ‘Breakfasts with LaLiga’ at the market. Last season, directors from Sevilla and Real Betis spoke at an event in New York ahead of one of their derby meetings and these kinds of events will now be held at Mercado Little Spain. The latest details on such events and happenings can be found on LaLiga and Mercado Little Spain’s social media accounts.

LaLiga North America has been working to promote Spanish football in the continent for over a year now and this alliance with Mercado Little Spain is just the latest step in the objective of bringing people together to enjoy LaLiga. As José Andrés put it: “Our partnership with LaLiga will give a meeting place to all of us – American, Spanish, everyone – who want to enjoy the greatest sport on Earth.”