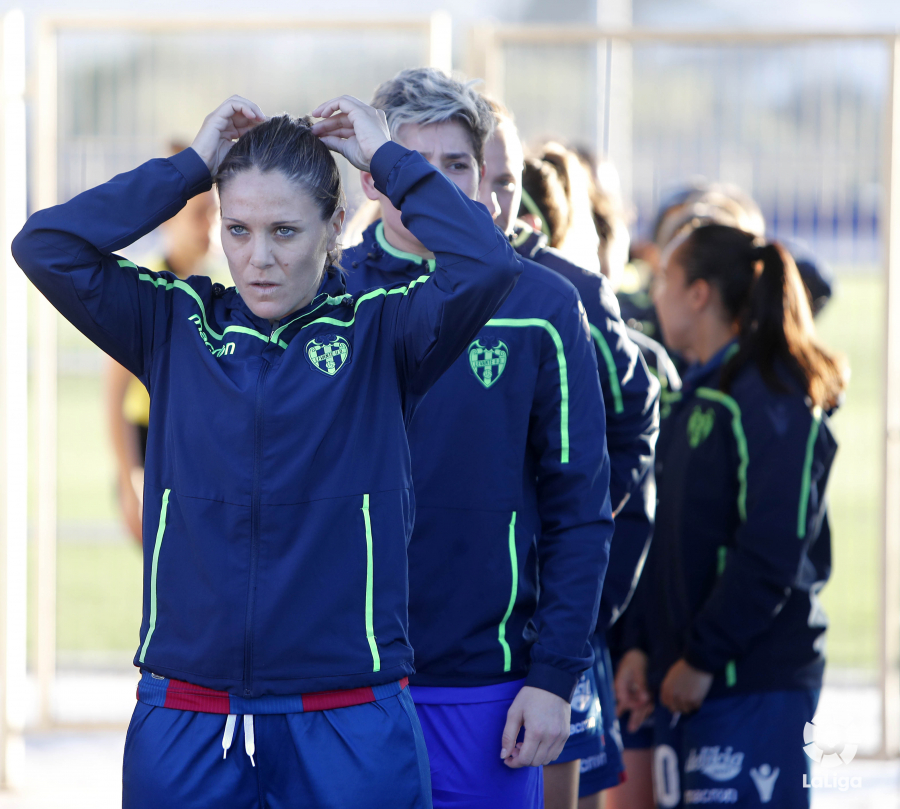 Women's football in Spain reached new heights in 2019. This growth shows no signs of slowing down. After a season where attendance records were broken in many Spanish stadiums, for example the match held in the Wanda Metropolitano between Atlético Madrid and FC Barcelona that brought together 60,739 spectators, the 2019 Women’s World Cup in France has now thrown the stars of the global game into an even bigger spotlight.

This year ago more than 40 players from the Spanish women’s league were selected for Women's World Cup squads, many of them playing a key role in their national sides. This is not the result of chance, but of long-term strategic development and analysis by clubs, with the support of LaLiga. Two of these sides, Rayo Vallecano and Levante UD, explained how consistent investment and development of women’s football as a product has led to these results.

Increased visibility in television and social networks
The creation of the Association of Women's Football Clubs in 2015 was one of the most important milestones for the sport at the national level. In August 2016, with Iberdrola as the principal sponsor of the league, the competition began to earn more visibility thanks to television coverage.

This summer, these efforts reached a crescendo in France with more than 50 Spanish media attending the tournament from Spain, giving the matches a much bigger platform than before.

For clubs, this has presented major opportunities for growth, with digital media a particularly key tool. Marian Aguilar, social media manager at Rayo Vallecano, highlighted: "People know more about the players through our social media and can see that they are normal women, with a routine like any other. That helps the fans see them as more accessible and encourages them to get closer by coming to the games. The players themselves notice that they have more followers."

Along the same lines, Geno Domenech, communications manager at Levante UD, adds: "Social networks are the most direct and effective way to communicate with fans.” In recent years, the interest generated by the women's team has been such that the club has multiplied its social media presence.

"Until last year, Levante UD Femenino did not have its own Instagram account, but its content was published sporadically by the men’s account,” Domenech continued, “but the women’s football content had such a very positive response from our followers that we had to build a dedicated profile for our female team, just to meet demand.”

The World Cup creates a growth opportunity both home and abroad
The growth in interest for Spanish women’s football is expected to accelerate further as the World Cup brought the sport to a global audience. With record TV audiences tuning in to the action and Spain reaching the later stages of the tournament, clubs are now ready to capitalise.

Both Rayo Vallecano and Levante UD created their own content in support of their players at the tournament, a move that is expected to bring new results both in Spain and abroad.

Levante UD was represented by one of the best players in Argentina, Estafinía Banini, which encouraged the club to make itself known to football fans in this country. Domenech noted: “Having players as important as Banini helps the club to increase the interest and the number of followers in different countries.”

The same effect is being seen at Rayo, which was represented by Chilean players Carla Guerrero and Camila Sáez as well as Yael Oviedo of Argentina. "We were in permanent contact with our players since they were called into the squads and provided summaries of every result they were involved in,” added Aguilar. “We have seen a lot more interaction from Chile as a result of this.”

While international branding efforts are seeing a lift, the game is also being strengthened at a local level. Domenech notes: “The growth of women's football means that, year on year, there are more girls who want to be join Levante UD to play the game and this has increased the number of teams we operate.”

For LaLiga, which has been advising clubs on how to increase their profile since 2015, this momentum provides a new incentive to continue investment in the sport to ensure that women’s football retains these new audiences long after the World Cup hype has faded.

Looking to the future of the game Pedro Malabia, Women’s football Director at LaLiga, said: “Women's football is becoming an entertainment product that increasingly attracts the interest of fans, commercial brands and the media. The World Cup has undoubtedly helped to establish and grow this development, but this creates responsibility since more and more eyes are now on women's football.”

The strength of the LaLiga brand will continue to be at the service of clubs so that women's football continues this path. With the effort, commitment and passion that clubs and fans have shown, equality for the women’s game is now closer than ever.

“We must maintain a high level of quality and continue working on the professionalisation of competitions, not only in terms of the conditions of the players but in relation to management structures, facilities and digital positioning,” Malabia concluded.