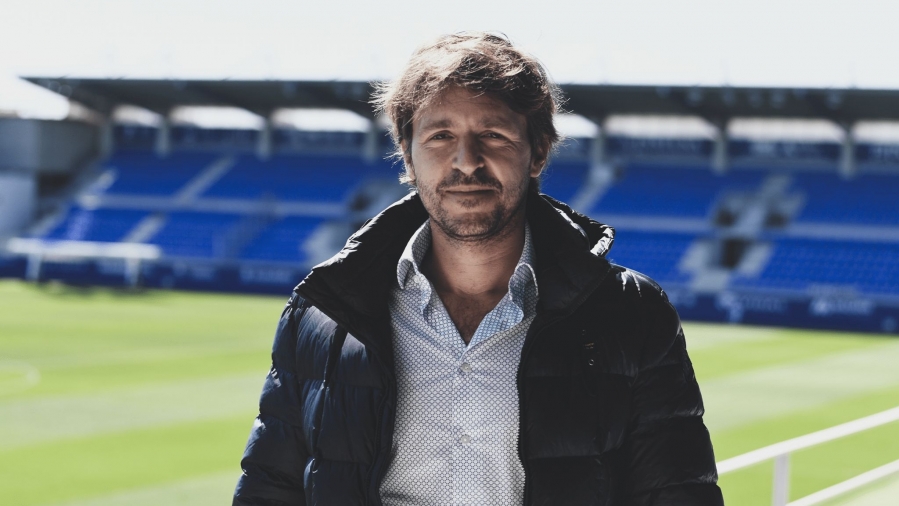 SD Huesca: From the Pyrenees to the world

In this interview, SD Huesca's general director, José Luis Ortas, lays out the main areas of growth at the club, in terms of business development and the important common project of Boost LaLiga. Thanks to the agreement struck between LaLiga and CVC, which has brought about the Boost LaLiga initiative, SD Huesca will be able to build up the club’s Aragonese Youth Football School and also tackle other global growth projects.

SD Huesca has already been investing for the future by putting resources into El Alcoraz, the club’s stadium, over recent years, turning this sporting facility into an important venue for the whole city. It is now the club's responsibility to create new business opportunities through it.

- What is the club’s roadmap in a business sense?

At the club, we have been working for some years now on generating alternative income sources to the money from audiovisual rights, focusing our strategy on three fundamental axes: one is the development of our own facilities; another is attracting sponsors and companies; and another is to establish the club as a cornerstone of the community at a provincial level, working more closely with the institutions and fans we have throughout our region.

All this needed to be, and has been, accompanied by a process of professionalisation in the club’s departments: business, commercial, communication, marketing, etc. If we want all our partners to accompany us along this path, we need to provide them with the opportunity to grow alongside us and to benefit from the global impact that football has.

- One of the main investments SD Huesca has made has been in El Alcoraz. How has the stadium evolved in recent years? Why do you think it is important to have the most modern and comfortable stadium possible?

The first thing to point out when it comes to our stadium is that El Alcoraz is our own facility, as we are one of the few professional football clubs to play at a stadium we own, which gives us and our fans a sense of belonging when attending.

In the last few years, we have invested more than 16 million euros to provide our stadium with all the elements needed to be a truly modern venue: a new pitch (with a hybrid system and an improved drainage system); an increase in capacity (currently 9,000 spectators); some new hospitality areas (currently up to 900 seats); and the creation of new leisure areas, such as a digital museum, escape room or restaurant, which we plan to open in the next few weeks.

Our stadium is our home and it has become an important element for the city as a whole. We have the responsibility to provide it with the latest technology and advancements, so that everyone who visits us, whether on a matchday or on a different day of the week, can enjoy it fully.

- How is the club using the stadium to generate new sources of revenue?

We are doing this through three fundamental ways. One is that, by increasing the capacity of the venue, we have made it possible for more and more fans to come and support our team on matchdays. Another important project for us is to act as a central linking element for the enterprises in the region, which we do through our business clubs, called Club de Empresas and Club de Negocio SDH. There, we bring together more than 450 companies and, as well as making use of the VIP/hospitality sections of the stadium, this allows us to generate new lines of business with SD Huesca as the cornerstone.

The third element is that we’re not satisfied with our stadium being used only once every two weeks. With El Alcoraz already a well-known facility in our city, it is our responsibility to create new business opportunities, as with the digital museum, restaurant and escape room projects.

- Digitalisation is another key element in helping clubs to evolve. How is SD Huesca working digitally to improve fan relations and reach even more supporters?

We were one of the first clubs to join LaLiga's Data-Driven project and we have also just completed a strategic plan for digitalisation. We think it is very important that every interaction made by a fan through one of our platforms can be identified in a homogeneous way to allow us to have as much information as possible about that fan, such as their habits, concerns and preferences. That means we’ll be able to define our focus more efficiently, in a business sense.

- The club has a website and social media accounts in Spanish, English and Japanese. How important is internationalisation for SD Huesca?

We believe it is essential to open ourselves up to other markets in this globalised world that we live in. If we want to be relevant outside our territory, it’s essential for our SD Huesca brand to be well-defined and recognisable, based on the values that have brought us to where we are today. These values must be highlighted in the same way when we explore beyond our borders.

- In which territories are you already established, and in what way? And, which market is the most attractive for the club?

We have projects that are already in the works, such as the SDH-Shinji Okazaki Academy in Japan, which will be launched in 2023, while we have also participated in activations in different territories such as the UK, Mexico and the Middle East in partnership with LaLiga.

When it comes to identifying new markets, we need to think about those that already have an existing connection to our region. For example, in our region of Aragon there is a large Romanian community that has been established for a long time, while there are daily flights to that country, so perhaps we should consider organising activations there to further consolidate this relationship.

- The club is currently playing in LaLiga SmartBank, after having spent the 2018/19 and 2020/21 seasons in LaLiga Santander. When it comes to sponsors and establishing new commercial agreements, has the relegation made an impact?

We haven’t noticed it. So, we are deeply grateful to all our sponsors and partners. Our relationships with them are developed through the Club de Empresas and Club de Negocio SDH, where we offer them the chance to enjoy unique experiences built around SD Huesca, providing them with whatever they need so that they can work towards new revenue streams amongst themselves and with us as a connector.

- How does SD Huesca view the Boost LaLiga initiative? What projects does the club plan to carry out?

Boost LaLiga will allow us to accelerate our growth, so much so that all we’d have hoped to achieve over the next 20 years can be done in the next five years. As we embark on this project, there has to be reflection and responsibility on the part of all the clubs, since we need this growth to be sustainable, profitable and long-lasting.

Focusing on our situation, we are looking at what is probably the most important project in our history: the creation of our Aragonese Youth Football School. This will be the headquarters of our academy for young players, starting from next season, and it will allow us to attract great talents from an early age, offering them the highest level of academic and sporting development. Boost LaLiga will allow us to accelerate the rollout of this project by providing it with enviable resources.

As for other examples of important projects the club is already working on, we have our 'Carbon 0' project, through which we want to make El Alcoraz a leading stadium for green energy, while we also have the 'Huesca is an Adventure' project, through which we aim to promote our province as a place for integration between adventure sports and the population in disadvantaged rural areas.