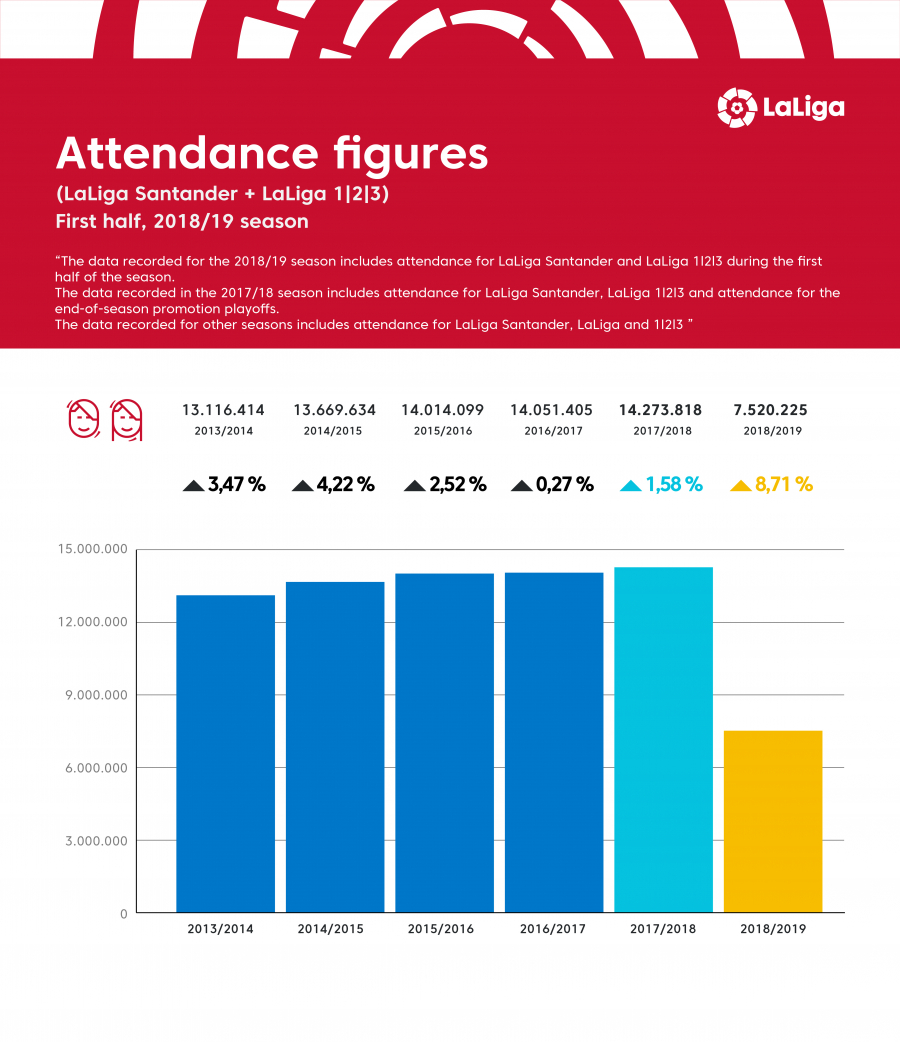 More than 7 million fans attended football matches in Spain´s top two divisions during the first half of the 2018/19 campaign, an increase of 600,000 on the previous season.

LaLiga has revealed its attendance figures for the first half of the 2018/19 season with record-breaking results. A total of 7.5 million fans went to matches in LaLiga Santander and LaLiga 1l2l3 during the first 19 matches of the season, an increase of 8.71% on the same period last year.

LaLiga is focused on growing Spanish football both at home and around the globe. The league works with clubs to help create the best match-day environment and drive attendances upwards. These efforts have been rewarded as for the first time ever, attendances for the first half of the season have passed the 7-million mark. This puts LaLiga well on course to meet its target attendance figure of 15 million by the end of the season.

Over 5.1 million supporters attended matches in LaLiga Santander during this period which is an increase of 118,942 visitors, up 2.35% on the same period in 2017/18. Meanwhile LaLiga 1l2l3 made major increases of 25.93%, as over 2.34 million people were attracted to its matches. For context, 1.8 million people had attended LaLiga 1l2l3 matches at this point last season, while in 2016/17 it took 30 match days to pass this number of spectators.

The average attendance for both leagues has also increased to 27,222 in LaLiga Santander and 10,164 in LaLiga 1l2l3, as supporters show a continued interest in taking part in the spectacle of Spanish football.