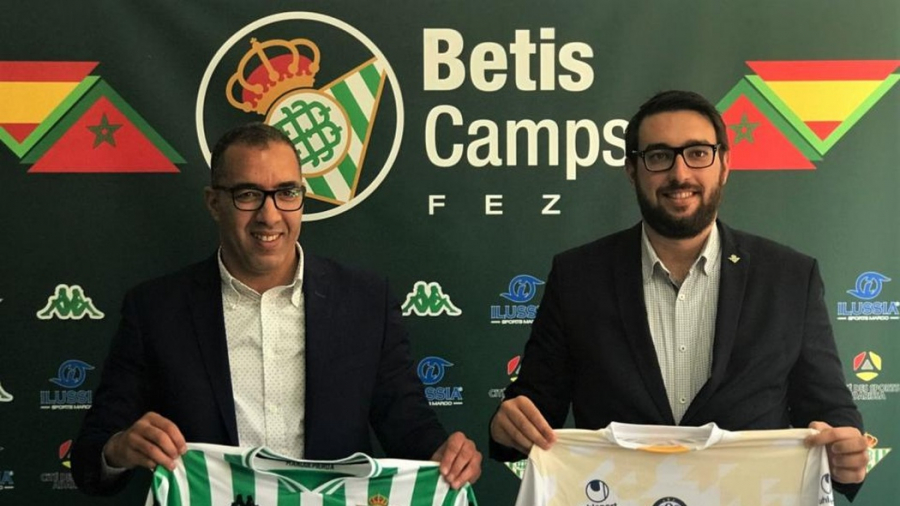 Having made great strides on the pitch in recent seasons, Real Betis is keen to make further progress. To manage growth in a long-term and sustainable way, it has launched an ambitious educational project with the aim of boosting the club’s football identity and brand profile in various worldwide locations.

The project is called the EscuelaBetis and is designed to develop sporting projects at local, national and international level. As part of this, the club intends to open training campuses around the world. The first of these have now been announced in the Chinese province of Zheijang and the Moroccan city of Fez.

Commenting on the announcement Toni Ortega, director of the club’s international development, said: “The EscuelaBetis programme will bring together all the sports projects of the club under a single brand that transmits our values.”

“We are always looking to create education, training and development of young players around the world and we hope that this brand will allow us to export the work done at home to all parts of the world.”

By offering young male and female players the chance to develop their skills according to the Betis method, the club plans to stimulate the growth of football in important global markets while winning a new generation of fans in these countries.

Opening the campus in China is the latest step from Betis to be part of the country’s growing football culture. Ortega noted: “We have been working for more than a year to identify the best opportunities in China. Within this project, we saw a need to run both boy’s and girl’s training as one of the keys to growth.”

Already, Betis has participated in several training presentations with LaLiga and the Chinese Football Association (CFA), as well hosting technical members of the CFA at its training facilities to learn first-hand about its infrastructure and working methods.

“LaLiga remains a great partner in the international growth of the club and we always try to cooperate in the closest way,” said Ortega. “It’s important to go into new markets hand in hand.”

On selecting the location of Morocco, Ortega added: “Morocco is a country very close to Spain and in Andalusia we have special ties with its culture and traditions. In Zouhair Feddal, we also have one of the country’s leading players in our squad.”

The two camps will help the EscuelaBetis project to achieve its wider objective of becoming an essential footballing brand around the world. A key part of this work will be to grow the famous Escuela de Fútbol academy, helping to set up new academies throughout Spain and abroad.

The club will also start a range of educational initiatives within EscuelaBetis such as ‘Behind the Scenes’ trips. This will consist of inviting different groups of youngsters from outside Spain to visit the Real Betis facilities to experience a football and cultural immersion. The first 'Behind the Scenes' experience took place last November with a group of Japanese students, who stayed in Seville for one week to learn first-hand about how the club’s institutions are run, the working methodology, as well as hearing from top professionals about their experiences.