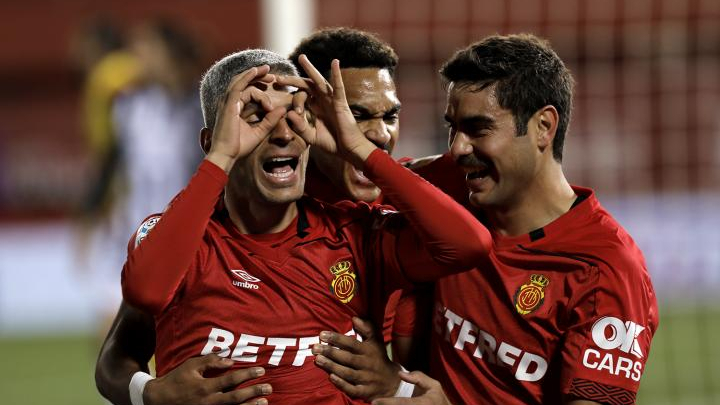 How RCD Mallorca digitised the club during the pandemic

The last year of enforced stadium closures and new health measures has caused football clubs around the world to reflect and apply new digital strategies to reach fans. While football has only been accessible through a screen, many clubs have taken the opportunity to maximise the entertainment value of their output, incorporating new technology trends to build a more engaged online following.

LaLiga SmartBank club RCD Mallorca has used the past year to put a series of sweeping changes in place that has converted many of its core functions to digital. By building a multi-platform content, commercial and communications operation is can now offer a 24/7 fan experience that goes beyond the matchday and opens doors to new audiences.

“To achieve this, it has been very important to produce different and innovative content through which the fans can interact with the club and with the players in a non-present way,” the club explained.

One of the results of this plan was a new matchday show called ‘Vamos a tu casa’ (‘Let’s go to your home’). “This programme aims to let fans feel as if they are there at the stadium and to provide even greater depth,” the club explained. “It follows the team from their departure from the hotel to their arrival to the stadium and then, after the match, shares the comments of the key players.”

To add to this sense of behind-the-scenes access, the club has also created brand new viewpoints through cameras in the tunnel and dugouts of the Visit Mallorca Estadi, while allowing fans to actively participate by taking part in live post-game interviews with RCD Mallorca players.

Longer-form content includes a documentary titled ‘We miss you: The sound of silence’ which reflects on the experience of playing football inside an empty stadium. Emphasising the emotive impact of the last year, such pieces are designed to maintain the bond with the club’s fanbase until the return to stadiums can be made.

Investment in Twitch and OTT
As well as new content, RCD Mallorca is experimenting with new platforms such as global streaming service Twitch. In line with its objective to reach a younger audience, a special effort has been made by the club to create engaging broadcasts, working with Twitch’s strategic partnerships director Farhan Ahmed.

“This has been a jump towards a new platform where we can interact with younger fans and achieve significant engagement,” the club explained. “We have produced exclusive content for this platform to achieve a better standing.”

For example, on the final day of the last transfer window there was a special five-hour show that brought together more than 4,000 users, gaining 6,500 comments and 10,500 views. “We had a live broadcast from the club offices showing what a transfer deadline day is like from inside,” the club added. “We were able to show our fans the arrival to the offices of our latest signing, Víctor Mollejo, as well as his contract signing and an interview.”

The results seen by the club confirm that fans are keen to consume multiple broadcasts across new platforms. It has therefore committed to bring new audiovisual content to all of its social channels as well as RCDMallorca Plus, the club’s OTT service that was created at the start of 2020.

Such broadcasts include RCD Mallorca academy matches with the aim of making these games more accessible. According to the club’s analysis, the idea has paid off as RCD Mallorca saw the fourth-highest number of YouTube views among all Spanish clubs in 2020.

Adapting ticketing to the digital era
Having succeeded with its digital content initiatives, RCD has extended its digital transformation to create a new online store while implementing a digital marketing plan. This improved experience is allowing fans to purchase official club products remotely, with the rate of online sales tripling from 8% last season to 27% this year.

Beyond this, the club is invested in digital ticketing, creating new procedures for when fans can return to the stadium. These include online ticket purchases, removing the traditional plastic card and making it possible to enter the stadium through a digital pass on their mobile phones.

Going digital is also expected to make it easier for tickets to be shared if the ticket holder cannot attend, providing a boost to stadium attendance. As the club revealed: “The attendance rate has improved from 54% in 2016/17 to 85% in 2019/20. For next season, season ticket holders will be able to automatically renew in an easy and simple way through direct debit.”

“We are ready so that, whenever fan attendance is permitted and based on the percentage allowed, we can organise the seats in a quick and simple way,” the club concluded. “We have worked to improve the fan experience by implementing digital matchday and season tickets. We’ve also streamlined the process for signing up for and renewing fan memberships.”

The wholesale changes applied at RCD Mallorca are already being noticed by the club’s followers and will become more apparent when the Visit Mallorca Estadi can once again welcome fans. But the real effects of this transformation will be felt years into the future as fans’ experiences and interaction with football continue to evolve.