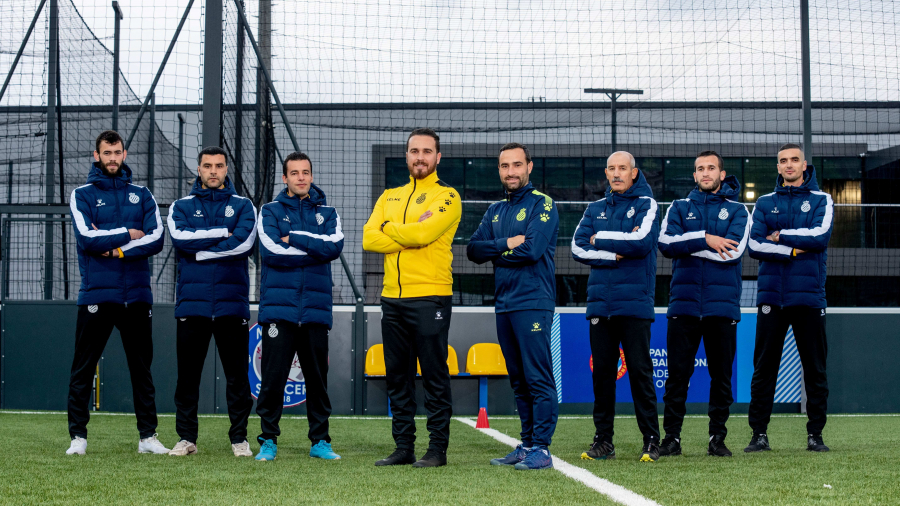 As the club fights for promotion from LaLiga SmartBank, RCD Espanyol de Barcelona is building a global identity that is heavily influenced by youth football. The club brand is increasingly present around the world thanks to a model that exports its youth academy model to other countries such as Japan, the USA, Iraq, Finland, Sweden and China. In its latest move, the club is expanding its presence in Algeria.

This month, the club renewed its partnership with the Tizi Ouzou Academy, a football training centre located in a town in the Kabylia region, which is widely recognised for its development of playing talent. This adds to an existing academy that was established in the capital, Algiers, in 2016. To date, RCD Espanyol de Barcelona is the only LaLiga club to have created academies in Algeria and it has seen its local audience increase as a result.

Under this new agreement, the club intends to create further business opportunities and expand its global audience, as well as creating a broader appetite for Spanish football in North Africa.

“As the only LaLiga club with academies in the country, it is a source of pride to be able to represent the excellence of Spanish youth football," commented Antoni Alegre, the club’s marketing and commercial director.

Investing in training excellence
Since first collaborating with Tizi Ouzou in 2019, the venture has brought benefits to both the club and its local partner. The latest figures indicate that the Tizi Ouzou Academy has a total of 209 registered players, with an additional 51 on the waiting list.

"The interest in training excellence is growing," Alegre noted. “At the beginning, when the first academy was established, there were 30 players registered. "Today, there are a total of 320 players across the two academies with more than 35 coaches who are trained by our technical Director, Xavi Codina.”

As part of the new agreement, facilities at Tizi Ouzou will also be expanded to keep up with demand. Despite training in a sports complex with three football pitches, the club is keen to guarantee additional experiences for the youngsters playing there. "During 2021 the construction of an 11-a-side football stadium will begin within the same complex," Alegre confirmed.

In the longer term, this may create opportunities for the team itself. RCD Espanyol de Barcelona remains committed to its youth academy to provide players to its first team and compete for major honours. "Having a director of the club residing at the academy all year round allows us to monitor and control the players coming through here, as well as those across the region,” Alegre noted.

30 percent growth in local TV audience
While a long-term investment, academies have already made a tangible difference to the club brand within Algeria. An example of this comes from television viewing figures, which have jumped since the club first began its sporting projects in the country.

This year, the club is pushing to return to LaLiga Santander after last season’s relegation and currently occupies top spot in LaLiga SmartBank. It plans to take advantage of this good form by seeking new alliances and commercial agreements in Algeria, many of which will revolve around its youth academies.