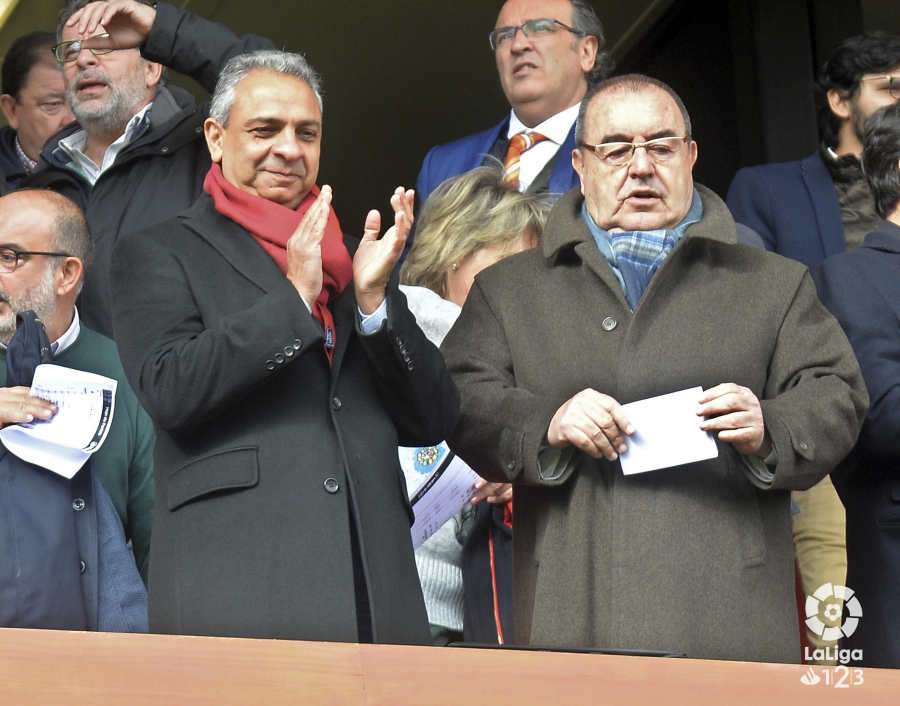 CD Numancia: “We want to develop our brand nationally and internationally”

CD Numancia is a club that refuses to let size dictate ambition. Representing the small city of Soria in northern Spain, the club has consistently shown its ability to compete with far bigger rivals and hasn’t been outside of LaLiga competition since 1997. With a new season in LaLiga SmartBank underway, the Rojillos are taking more exciting steps forward under new ownership.

Moisés Israel Garzón became the new President of the club at the start of the 2018/19 season but his focus is on evolution, not revolution. “To change what has been done would be silly,” he explained. “We have kept the people who were involved in the previous administration, because they are the living embodiment of Soria.”

Rather than replace club staff, the new administration has instead decided to expand it. Consultants from China, India, Indonesia and South Africa have been added to the team, as well as experts from Facebook, Google and Amazon. The aim is to promote the club’s brand and the historic city that it represents.

“We’ve brought in people from various countries who will help us to grow in these territories, which are new commercial areas for us,” added Israel.

“The experience we have hired into the club will help with the spreading of our communication to all areas of the world, including the biggest areas like Russia, China and the United States.”

A two-step brand communications plan
The leap from Soria to China is a big one, but the new President has a clearly defined strategy that is based on storytelling and staged communications, calling on more than 2,000 years of history.

“There’s the Numancia brand and there’s the Soria brand,” Israel says. “The Numancia brand has a historic value, not just because of football but also the 2,052 years of history that this city has. This story carries a romantic element that reflects the values we have in our club. We are a small city, a small province and a small club that is fighting against big clubs.”

According to the President, this fighting spirit is what has led the club to achieve its recent stability. A first promotion to the second division (now LaLiga SmartBank) in almost half a century was secured at the end of the 1996/97 season, but few predicted CD Numancia could stay there. Twenty-two seasons later, these predictions have been defied.

Israel continued: “We want to develop the brand of Numancia nationally and internationally. The historic nature of Soria is of major value to us. We want to make Soria a tourist destination, both through its proximity to Madrid and for its incredible and untold history.”

The President will not rush the development of these projects and is realistic about the time needed for such initiatives to show their returns. “We’re developing projects with short-term, medium-term and long-term outcomes” he noted. “There are projects where you see the outcomes more quickly, like the brand, which is something that is already being seen at a national and international level, but each project has its duration time and its rhythm. At the moment, everything is working well.”

A new academy to fuel the next promotion push
While the club’s internationalisation project continues to grow, an immediate priority is to survive in LaLiga competition and compete on the pitch. For this reason, the new management team is very focused on further improving club facilities and creating a high-performance academy. “We’re going to develop

this academy; it’s the strongest project that we have and the one that we are putting the greatest effort into,” outlined Israel.

Looking to the season ahead, the President remains cautiously optimistic about how far this approach could take the club. Having achieved three promotions to LaLiga Santander in recent memory, CD Numancia fans know that nothing is impossible.

“Our objective is always to reach 50 points and then it’s possible to dream from there,” Israel concluded. With a track record on unexpected successes behind them, this is a dream that many will share.