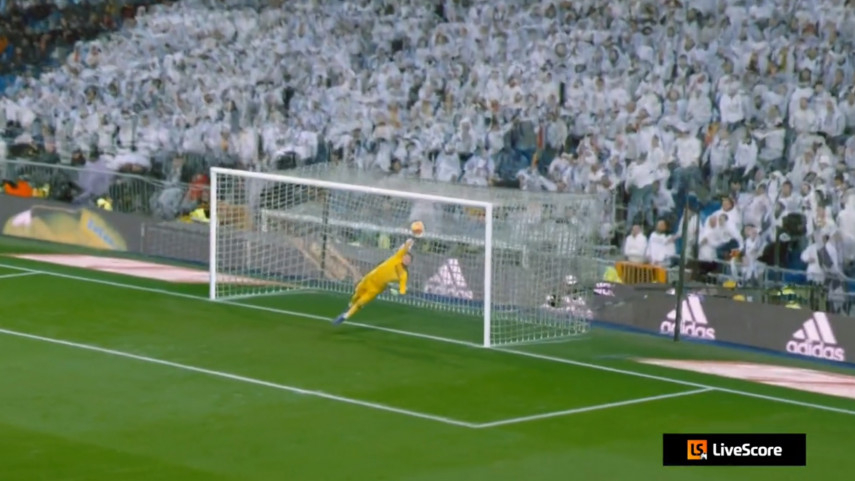 With over 50 million monthly users, LiveScore has built a global reputation as one of the top providers of real-time sports news, fixtures, scores and stats. From the start of the 2019/20 season, LiveScore will further grow its awareness thanks to a three-year sponsorship of a unique LaLiga technology: Replay360.

Under the terms of the new global partnership, LiveScore will become the exclusive sponsor of Replay360°, the spectacular replays with views from any angle seen in LaLiga broadcasts. Having first implemented the technology in the 2017/2018 season, this deal now lets LaLiga monetise the replay technology.

Replay360°, developed by Intel, uses 38 4K cameras installed in the stadium. Replay operators create immersive replays using the volumetric video created by the images from these cameras using powerful computers located in the stadium. LaLiga was the first football league in the world to use this technology.

Millions of watching fans will be able to experience Replay360° from eight different stadiums of LaLiga Santander from next season and will be introduced to LiveScore, the first ever LaLiga sponsor in the sports scoring category. With this new exposure, the sports publishing company will define new international growth strategies in a wide number of strategic markets.

“We are particularly excited to be associated with LaLiga’s Replay360°,” LiveScore’s Sam Sadi noted.

“Innovating for the benefit of our users is at the heart of everything we do and Replay360° highlights how LaLiga is committed to developing new ways of bringing unique insights to the fans.”

As well as displaying the LiveScore name, Replay360° will also be broadcast from two new stadiums in 2019/20. Real Sociedad’s Anoeta and the Estadio Benito Villamarín, home of Real Betis, have recently completed installations of the required cameras.

For LaLiga, the partnership underlines the success of its ongoing investments in technology, which also includes Mediacoach, a platform that provides coaches with detailed in-game match analysis and visualisations.

The agreement with LiveScore creates a new alliance with an organisation that is visible in 99% of global territories.

"LiveScore is the best live results app and for LaLiga it is very important to associate with leaders in each market,” said Javier Tebas, President of LaLiga. “This global agreement will allow us to strengthen our brand internationally and open the door for our clubs to reach new fans."

“We share similar goals and ambitions: to grow an already loyal fanbase through innovation and continuous product improvement,” Sadi added. “Thanks to our well-founded reputation for speed, accuracy and reliability, LiveScore has grown to be the world’s ultimate destination for sports information and football scores in particular.”