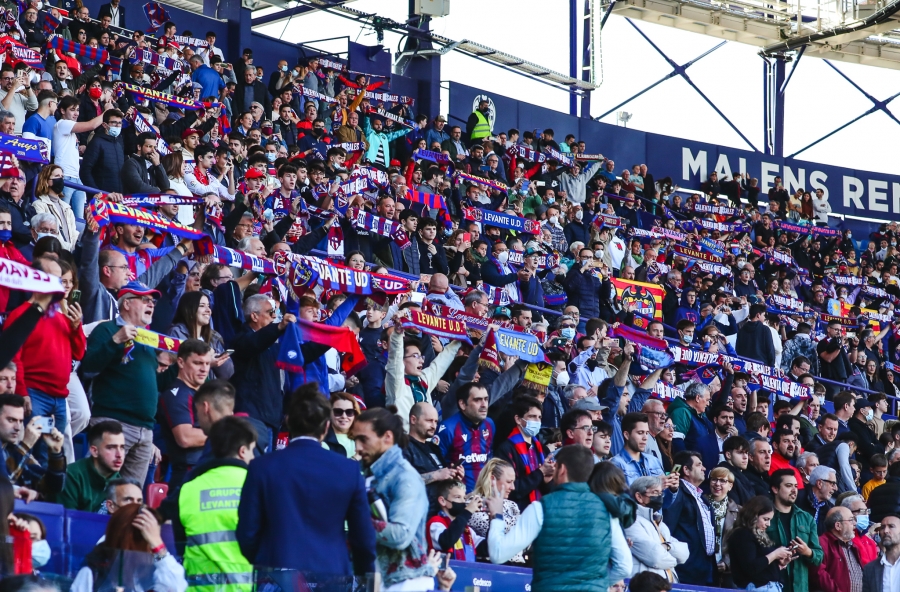 Levante UD make purchases even easier for fans by becoming the first club to use Bizum, the P2P payments platform

Following the major renovation project at the Estadi Ciutat de València, Levante UD now boast one of the most modern and comfortable stadiums in Spanish football. The club is now working hard to make the matchday experience the best it can be and this starts with the purchase of tickets. With that in mind, Levante UD struck a first-of-its-kind agreement with the Spanish Person-to-Person (P2P) payments platform Bizum.

Bizum was launched by Spain’s banks in 2016, allowing anyone with a Spanish bank account to conduct P2P payments through their phones. It addressed the demand for a simple, safe and immediate payments platform, without the need to remember the entire account or card number. More than 20 million people now use Bizum in Spain, which is why Levante UD wanted to offer the option of paying for tickets through this popular platform.

After Levante UD analysed its online ticket sales and found that 90% of them were made online, the club spoke with Bizum and reached an agreement for Bizum to become a payment option. There was an existing relationship with the Spanish company, since Bizum had already been a sponsor of the Ciutat Festival, which is held at Levante UD’s stadium.

Reflecting on this pioneering development, Carlos Bau, the club’s head of stadium and ticketing commercial operations, said: “At Levante UD, we believe that a fan’s experience doesn’t begin when they enter the stadium, as it instead begins from the moment when they buy their ticket. The objective is to offer our customers, whether they are fans of the club or whether they are just buying a ticket for one match, a new and simple payment method, one which they are accustomed to, to improve their experience. It is a faster and simpler system than paying by card, as they don’t have to enter the full number, which is difficult to remember or have to hand.”

To start off with, the club has allowed its fans to make Bizum payments to buy matchday and season tickets, but they plan to eventually make it an option for all kinds of purchases on their online platforms, including purchases of merchandise.

Discussing the initial feedback, Bau stated: “The reception has been very good. The fans have been surprised by how novel it is. We’re currently using it for individual tickets and season tickets, but the plan is to expand its use to become a payment method for all our online platforms.”

The Estadi Ciutat de València: A state-of-the-art stadium that is good for business

It is fitting that Levante UD are offering their supporters such a modern payment option, considering they now boast one of the most modern stadiums in LaLiga, one that meets all UEFA and FIFA quality standards. The club conducted extensive renovations on their home ground in recent years, including a new roof, new lighting and new video scoreboards.

Detailing this process, Bau explained: “The first phase of the stadium renovation allowed us to improve the fan experience on matchdays, with the video scoreboards. Today we have, proportional to the number of spectators, the largest video scoreboards in professional football, at 21x7. Another fundamental aspect to improve the experience in the last year has been the lights shows that we can now put on pre-match. We have several musical themes that are synchronised with the lights for the countdown during pre-match at the Estadi Ciutat de València.”

The improvements haven’t finished, though. Bau added: “For next season, one of our priorities is to offer free WiFi to all spectators. We have already worked on the installation of this WiFi so that the fans can have access to the service.”

With such a modern venue, Levante UD can expect to increase their revenues from the stadium. The club can now host many other events at the stadium, such as the aforementioned Ciutat Festival, while neighbours Villarreal CF will even play home matches at the Estadi Ciutat de València as they conduct construction work at their own ground at the start of the 2022/23 season.

By offering an even easier way to purchase tickets, and with plans for Bizum to be made available for merchandise purchases too, Levante UD can also expect to grow their revenues thanks to this pioneering agreement.