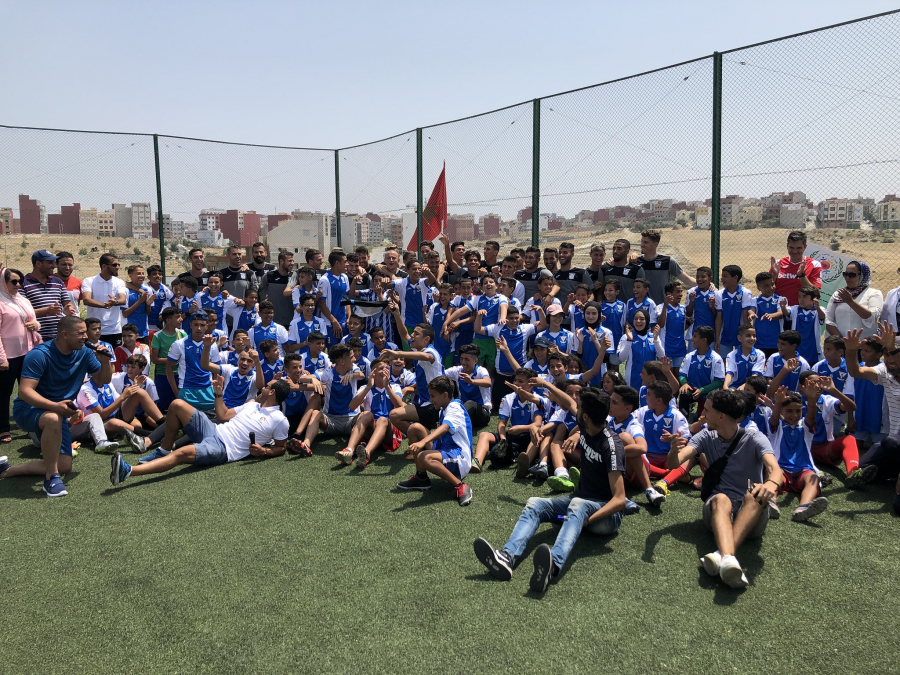 Every year football clubs place greater relevance on their international positioning. In addition to their local presence, resources are being allocated to find new business opportunities abroad, which will allow the club to evolve and grow in football’s global marketplace.

The international following of competitions like LaLiga represent a platform that clubs can build on. This year, despite suffering relegation from LaLiga Santander, CD Leganés is continuing to push forward as a global entity by adding to its international team. Having spent four years in the highest league of Spanish football, the club considers the coming season as an oppotunity to grow both nationally and internationally.

"The possibilities of brand expansion in the national market are limited by different factors, including other sports, local society, culture and competition with other teams or regions," explained Daniel Abanda, director of communication, business and international relations at CD Leganés.

“You can’t persuade a local fan to change their team, so our priority is to take care of the fans we have, emphasise our values and strengthen our connection with the city. This is the soul of our club.”

Knowledge and experience for the brand abroad
Looking to the international market and boosted by LaLiga’s presence, particularly on digital channels, Abanda noted: “CD Leganés and other clubs have opened a wide range of opportunities to bring that sense of local pride and belonging to countries far from Spain. As far as Australia if we want.”

As Abanda continued, this can translate into attracting new followers, commercial partners and even players, meaning that the club has a wide range of opportunities to improve.

In order to achieve these objectives, CD Leganés felt that it had to develop its international department and add further experience and knowledge in this field. It has done so through new international director Josele González, who arrives at the club following roles at global federations and clubs.

The role of the new director will be to continue the club’s global growth strategy, which in the last year saw the club open official social networks in English as well as produce content in Arabic. With the incorporation of José Ángel García in summer 2019, the international strategy began to be defined, with the club adopting a distinctive communications tone and utilising its giant Cucumber mascot, Super Pepino, to stand out from the competition.

“Josele is someone with extensive international experience and a great ability to detect external opportunities,” Abanda said. “He will lead the international area together with José Ángel, who has been doing a great job in putting the club on the right path. They will have the support of the different areas of the club, as well as LaLiga, to help increase the discussion of CD Leganés outside of Spain.”

Current and future international presence
The club has already taken steps into diverse territories with its initial projects. “We had a preseason tour with the first team in Morocco and our staff gave two clinics in Peru and France,” Abanda commented. “We are in an initial phase of increasing these international experiences to improve our know-how and continue to grow. We need to take advantage of the opportunities we create.”

The club is creative in its approach and willing to explore all markets, which was illustrated by its summer 2019 season ticket campaign, created in a small town named Leganes in the Philippines. But its core markets for future growth include Japan, the United States, Mexico, India, China and Morocco.

"We have planned new activations that we hope will allow us to increase our international television and digital audience, activate new social projects and open new sporting academies,” Abanda said.

Within this, the club plans to continue its training clinics so as to share its philosophy with other professionals around the world. “After all, these allow the club to be known by local clubs or their academies of origin," Abanda explained. “We will also offer training for coaches, which we carry out based on the courses given by LaLiga, as well as an academic training course that explains the methodology applied to our youth categories."

The Gaku effect
The presence of international players can also create a positive effect on a club’s global profile, something CD Leganés has noted since the signing of Japanese star Gaku Shibasaki. “It is making a positive impact in terms of digital reach, merchandising and the creation of new projects in the country,” Abanda noted.

The incorporation of the midfielder provides a new impetus for the club in the Japanese market and it intends to act quickly on its new visibility.

Abanda continued: “We would like to be able to make ourselves known and maintain our presence over time so that we can finally take advantage of the opportunities that are already emerging and those that will materialise over time.”

Long-term perspectives
As the club continues to broaden its horizons, CD Leganés plans to work with patience, partnership and using other clubs as a template to follow. “Teams like Villarreal CF are an example for us,” Abanda revealed. “The experience of clubs like these shows us that we are working on a constant and long-term project.”

"We are talking about entering markets where the following of football has grown exponentially, especially around LaLiga," he added. "The results will not come immediately, but we will work, day by day, in a constant and sustained manner. To get the results you want, you have to be in the right place at the right time.”