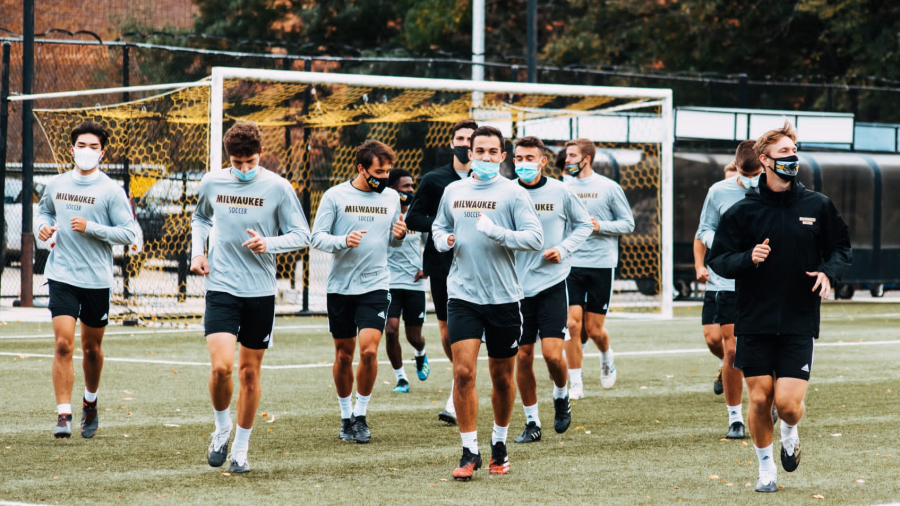 More and more athletes are finding opportunities in the United States to continue competing at a high level while pursuing academic learning. Over the past two years, the American collegiate system has been receiving youngsters who have been developed at the academies of Spain’s professional football clubs, thanks to the LaLiga ProPlayer initiative.

Supported by AGM and clubs, the programme has helped young footballers make the most of their sporting potential through scholarships at American universities, where they can also study and broaden their subsequent employment opportunities.

In the past year, the coronavirus has posed a significant challenge to both sporting and academic pursuits, but thanks to a range of new protocols, the students are able to maintain their progress.

The COVID-19 health crisis meant that sporting competitions had to be halted for a significant period, with technology used to keep the connection between the footballers and their universities. There were online training and gym sessions, as well as videoconferences and meetings to ensure everyone still felt part of the team.

After a year’s stoppage, competition has returned at these universities with strict health measures are in place. Thanks to these protocols and the mass vaccinations taking place, the LaLiga youngsters who have gone to the United States this year have been able to compete from the start of 2021 and will be able to do so until May, when the university leagues finish.

For the return of the competitions, all universities adopted protocols to ensure the games could take place in a safe way. Athletic Club’s José Adames, currently studying at the New Jersey Institute of Technology, explained the process of this return to action.

“We had to go through three phases before training normally,” he said. “With the first, we had to respect social distancing and training was in groups of less than 10, without mixing with the other groups at all. With the second, the whole squad could train together but with social distancing still applying. The third is the current phase and this is when it was possible to have contact, but always while wearing a mask.”

To complement this, three covid tests are carried out per week on all players and all dressing rooms are closed until matches start. Adames added: “Having to always wear a mask, even while playing sport, is the most uncomfortable part of it all, but we have to adapt so that the competitions can take place in the safest way possible.”

Alfredo Bozalongo, a player from Real Betis who is studying at the College of William and Mary in Virginia, explained what rules are in place for when the players are off the pitch. “We can’t gather in groups of 10 outside the campus and, when we’re at our residence, we can’t go to any building that isn’t our own,” he said. “You can only ever have one guest in your room and they have to be from the same building and they have to wear a mask the whole time.”

Describing his experience, Diego Toribio of Albacete Balompié and the University of New Hampshire said: “They do PCR tests for the athletes and provide us with personal kits so that we take the sample ourselves, then we deposit that in specific containers to have the results the next day. Using a mask is also obligatory, even during training, as is social distancing. There’s a plan for entering and exiting the dressing rooms, so that we go in smaller groups of four or five. We get changed, we leave and then the next group can enter once the previous group has left.”

LaLiga and AGM back excellence in academic education

In the view of Luis Gil, LaLiga’s director of competitions and the player's office: “It’s important for the youngsters to respect the sanitary measures as they follow their footballing dreams and continue studying at university. LaLiga ProPlayer aims to provide opportunities for the future in both these areas, so continuing this project is very important for us.”

“Pursuing a professional footballing career doesn’t have to be at odds with an education,” Gil continued. “We have a league with a very high level and it’s very difficult to reach the level of competing among the best. For this reason, we are committed to ensuring our footballers get an education.”

Óscar González, the director of operations at AGM, added: “The American system has responded in a positive way by putting in place the necessary measures for the footballers to enjoy their experience in a safe manner. Thanks to this programme and in spite of COVID-19, another 61 players are currently preparing to start a degree in the United States in the coming years".

The success so far of LaLiga ProPlayer can be seen in the figures that show the growth and relevance of the project in its second year. More than 60 players have secured a scholarship in the United States, while 30 LaLiga clubs have a presence in the country through this programme and more than 45 universities across 26 different US states have had a LaLiga ProPlayer study there. In total, more than 6.52 million euros in scholarships have been secured for study in the United States.

Discussing the LaLiga ProPlayer experience, RCD Mallorca academy graduate Pablo Ávila said: “The facilities at each university are similar to what they have at FC Barcelona or Real Madrid. It’s amazing. Everything is made easy and the sporting level is similar.”

Mauro Bravo, who was with CD Leganés and AD Alcorcón before leaving for the USA, added: “This was an incredible opportunity to achieve a degree with a full scholarship, while still developing in football.”

LaLiga ProPlayer is, therefore, establishing itself as an attractive alternative for young Spanish footballers who are interested in continuing their academic education at university while enjoying a unique experience. In its second year, this ambitious project continues to grow and players are already being sought for the next edition, which will start in August of 2021.