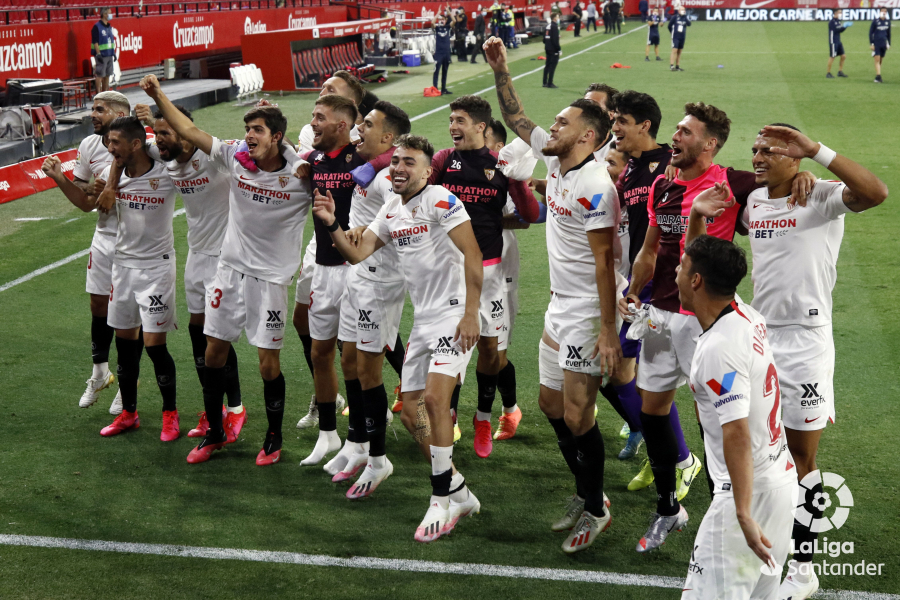 LaLiga's international audience rises by almost 50% after the competition's restart

LaLiga Santander increased its international viewing figures by more than 48% on the first matchday (Matchday 28) after the competition resumed following the COVID-19 pandemic.

According to international consultants Nielsen Sports and based on preliminary official viewing figures and estimates, international audiences during live games on Matchday 28 showed a significant rise compared to the average from the first 27 matchdays of the season.

Some regions of the world saw extremely sharp increases in viewing figures on the first matchday after the restart. For example, in Africa there was a rise of over 73%, while in specific countries such as South Africa the increase amounted to more than 210%.

In Asian countries such as India, where LaLiga is broadcast on Facebook, an increase of over 72% was detected.

LaLiga President Javier Tebas said: "At Liga we feel privileged to be able to take to the field again and we're very happy to have the opportunity to offer live sports entertainment at a time when there are few events like this around the world. We hope that other competitions in other regions will also start soon, because it's important for the fans and the industry."

“We're grateful to all of the fans who've followed LaLiga for the restart, because we've all worked hard to offer them entertainment again," he continued.

Growth in Spain
In addition to the exponential growth in LaLiga's international audiences, LaLiga also experienced an increase in viewing figures in Spain. The official figures show an increase in Spanish viewers of over 12% during the first matchday back compared to those before the league was suspended.