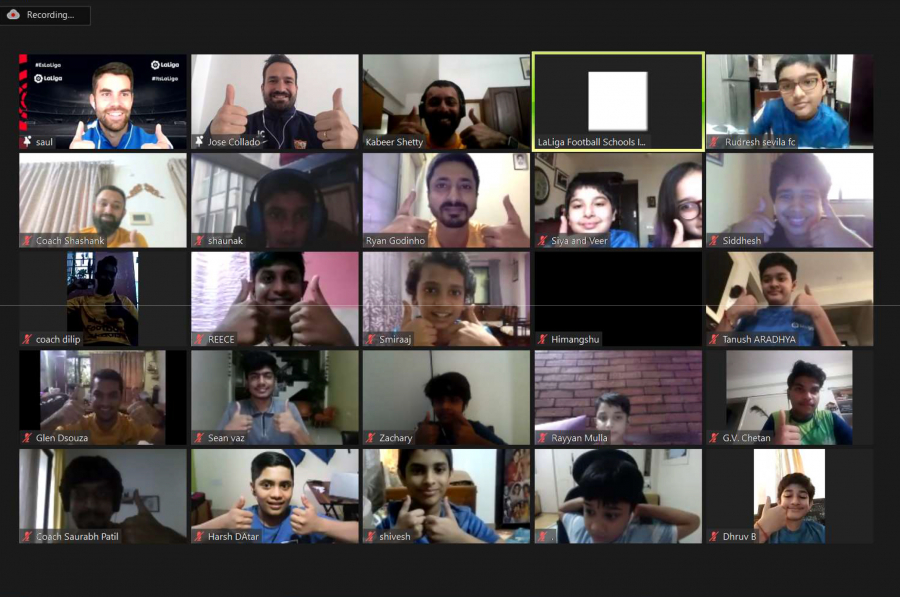 Since it arrived in India four years ago, LaLiga has been focused on creating and developing a football culture in a country traditionally associated with cricket. While it may not be the number one sport, the interest in watching and playing football in India is growing every year, which is hugely significant for a country of over 1.3 billion people.

To help support the growth of the sport, LaLiga has invested in various local partnerships and initiatives that get people talking about and playing football. For the last three years, all 380 matches from LaLiga Santander have been shown for free via Facebook, giving fans an unprecedented opportunity to enjoy the competition, while agreements with partners such as Dream 11 have brought fans closer to Spanish teams via the medium of fantasy football.

On the pitch, LaLiga has been able to reach almost 12,000 boys and girls thanks to LaLiga Football Schools, a grassroots initiative set up with India on Track (IOT) and overseen by professional LaLiga coaches. While regular training sessions have not been possible in recent months due to the pandemic, LaLiga has continued to provide new opportunities for students to learn the game and improve their techniques.

Creating new training programmes alongside clubs
As well as holding virtual classes throughout the year for more than 1500 youngsters, LaLiga has created a new initiative that allow students agreed between 8 and 18 to learn directly from three LaLiga clubs: Real Betis, Sevilla FC and Celta de Vigo.

The LaLiga Club Series, a six-week series of online workshops, focuses on building football skills while also creating an affiliation to LaLiga and its clubs. The agenda features institutional topics like the history of Spanish football, its reputation and its club rivalries, as well as the inner workings of club training programmes focusing on youth football, scouting, mental health, player evaluation and more.

Saúl Vazquez, technical head of LaLiga Football Schools India said, “LaLiga Club Series trains the students online, which helps them to know more about the clubs. The technical representative will conduct the sessions, which can be a great opportunity for the students to prepare and get more knowledge about the sport.”

The new digital initiative underline’s the commitment that LaLiga and clubs maintain for football in India. Over the long-term, LaLiga aims to generate a long-term love for the sport that can help local competitions such as the Indian Super League to flourish, which naturally benefits other leagues around the world.

Jose Antonio Cachaza, Managing Director, LaLiga India explained: “India has been a top priority market and the response we have received for our initiatives is overwhelming. We have a holistic approach aimed at achieving overall sporting excellence through various training and development programmes. We are working to familiarise young fans across India the integrities of football clubs, and enhance their knowledge around the sport.”