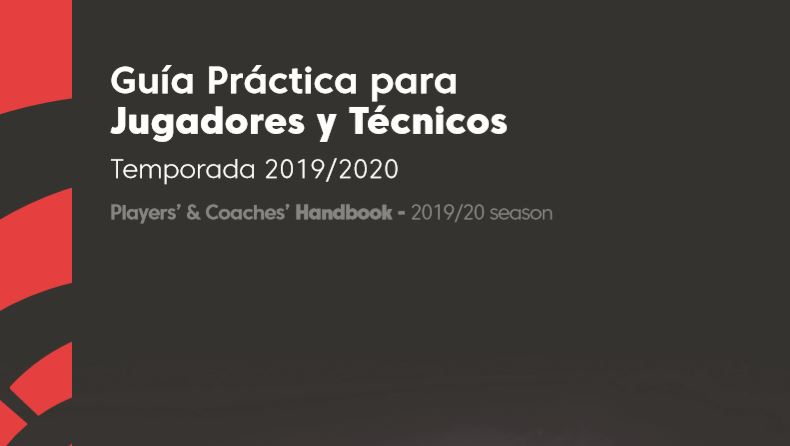 The handbook that explains LaLiga to players and coaches

When the players and coaches of LaLiga arrive at their respective clubs in the morning, many will begin the day with some light reading. Here, they discover that LaLiga is assisting with social projects in refugee camps in Jordan. They learn that LaLiga’s offices and delegates have a total reach of 84 countries. They find out that the LaLiga soundtrack was recorded in Madrid, Prague and London.

This information, along with much more, is part of the Players’ & Coaches’ Handbook, distributed by LaLiga every season to the 42 clubs of LaLiga Santander and LaLiga SmartBank. In total, around 960 players and coaches consume the information, turning them into true experts and advocates of the competition.

This guide, a unique initiative to LaLiga, is packed with information about the league’s activities in Spain and around the world, about the rules and standards of the competition and the support that is available for players.

“The purpose pf the handbook is to serve as a guide to the competition for the players and for them to learn the reasons behind many of the elements surrounding a game and the need to comply with these for the benefit of all,” explained Luis Gil, head of the competitions and players’ office at LaLiga.

Importantly, LaLiga knows that the handbooks are picked up and read. “The manual is sent to delegates and they distribute them physically to the players, who normally read them before training since they arrive around an hour beforehand,” Gil explained. “LaLiga does a follow-up to these handovers and the clubs can also publicise them through social media.”

The handbook helps to educate the stars of the sport on what is expected of LaLiga players and on the values of LaLiga. On the first page, the values of authenticity, responsibility, evolution, transparency, integrity, teamwork and self-improvement are listed and their importance is repeated consistently throughout the document.

“No other European competition does something similar,” Gil continued. “Only the NBA does anything resembling this, but with in-person workshops for new players who join the competition. In LaLiga, the handbook is sent to all participants.”

The latest information, from technical to social

The guide includes information on the broadcast partners in each player’s home country and an explanation of how VAR works in Spanish football.

Particularly valuable is the data provided by Mediacoach, the analysis tool developed by Mediapro for the use of all LaLiga clubs.

A total of 1,535,806 video clips were automatically created by Mediacoach during the 2018/19 season, as well as 164 real-time performance metrics for the teams and 88 real-time performance metrics for each of the players during matches. Further information on the benefits of this tool are detailed in the handbook, along with some examples of the kind of stats available in the Mediacoach system, like the fact that an average of 909 passes were completed per match last season or that goalkeepers saved 69% of the shots on target. All of this is particularly useful for those unfamiliar with this pioneering software.

LaLiga’s policies and advice on doping, integrity, violence and racism are also listed, explaining the league’s stance on these issues and detailing the support lines available for any player who wishes to receive further information or express any concerns. All of this helps ensure that Spanish football is clean, fair and respectful.

As they read through the pages of the guide, players and coaches are informed about some of the pioneering initiatives being carried out around the world, from the work done via the Za’atari Social Project to help children living in refugee camps in Jordan to LaLiga’s active promotion of women’s football to LaLiga Genuine Santander, the league created for teams of players with intellectual disabilities.

All of this ensures that the players and coaches know the work that LaLiga is doing on matchdays and beyond, enabling them to talk with confidence about the league they represent.

“These areas directly impact the competition that the players and coaches are participating in,” Gil concluded. “By transmitting this information, we can convey the global importance of their role and the impression that they are able to make around the world.”