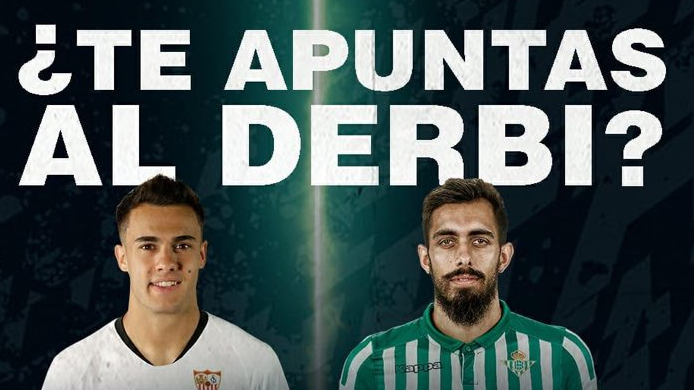 As the world tackles the COVID-19 outbreak, global sporting competitions have been postponed with many fans encouraged to #StayHome. In the absence of football matches, LaLiga clubs are remaining highly active online to help entertain and engage their fanbases.

With business as usual disrupted, there has been a wave of innovation or creativity on the social media feeds of Spain’s top clubs, with challenges being set, special content being created and other virtual initiatives being launched by clubs across the country.

Virtual Gran Derbi
The Gran Derbi between Sevilla and Real Betis is one of the most highly anticipated fixtures in the football calendar and it was set to be held at the Estadio Ramón Sánchez Pizjuán on March 15th. That match has been postponed, but in its place a virtual derby was held as Real Betis’ Borja Iglesias defeated Sevilla’s Sergio Reguilón in a FIFA 20 game that was streamed online to expectant fans.

Reflecting the popularity of the Seville derby, the virtual match was watched by over 60,000 people.

Leganés’s imaginary victory
The fact that Leganés’ match against Real Valladolid was postponed didn’t stop the club from collecting three imaginary points at the weekend. The club from southern Madrid live tweeted the game anyway, using its typically irreverent style to describe a fictional 2-1 victory for the account’s followers.

Virtual tournaments
As well as one-off FIFA 20 matches organised by several clubs, entire tournaments are being organised. Spanish influencer Ibai Llanos is creating a tournament for LaLiga Santander sides, while an international FIFA 20 tournament called the Ultimate Quaranteam Cup has been organised in which Celta Vigo is representing Spain, taking on teams from Australia, Turkey, USA, Europe and beyond.

In addition to the unique FIFA 20 matches organized by various clubs, full tournaments are being organized. LaLiga and Banco Santander have joined the initiative created by influencer Ibai Llanos to create what will be the first tournament played by LaLiga Santander players. In total 19 footballers have accepted Ibai's challenge and will face each other in a charity tournament during the weekend of March 20 and 21, with content available to stream worldwide. In this way, LaLiga, together with Banco Santander is continuing to bring Spanish football to the homes of millions of fans, in partnership with the popular influencer.

A global press conference
One of the most original initiatives in recent days has been the press conference that Athletic Club's Iñaki Williams held through the club's social networks. This initiative allowed journalists and also fans of the Basque club to question the striker for over 20 minutes.

The toilet roll challenge
Several clubs have been encouraging their fans to take part in the toilet roll challenge, where they are asked to take a video of themselves performing keepy-uppies with a roll of toilet paper and to share it online. Several players have shown their skills, with UD Levante one of the most active clubs in this challenge.

Real Oviedo’s online games
LaLiga SmartBank side Real Oviedo has shared a number of interactive games on its social media feeds for fans to get involved with. From spot the difference to knots and crosses to a wordsearch, the Asturian club has been entertaining its own fans and new followers too.

Alavés players share their favourite series
With people searching for something to watch as they stay at home, Alavés has helped out by asking players to recommended their own favourite series.

eSports at Cádiz
LaLiga SmartBank side Cádiz has organised an eSports tournament for their fans to enjoy, called the Torneo Cadista.