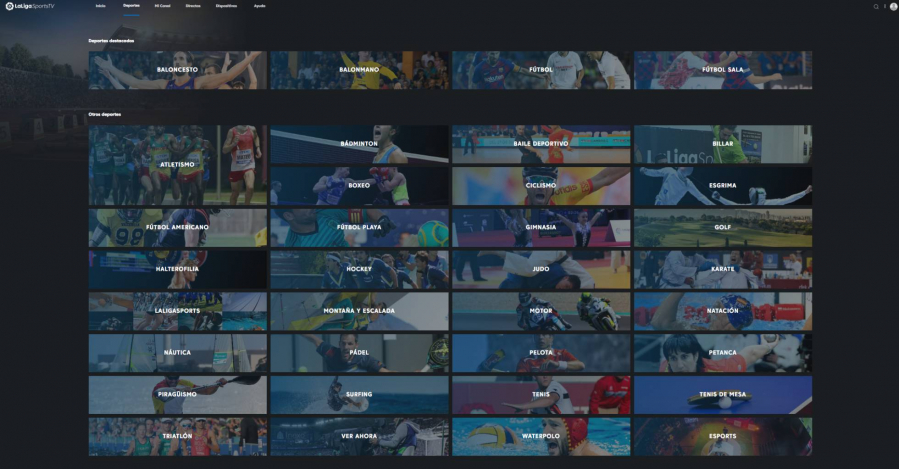 How LaLiga’s latest technology projects will enhance the entertainment industry

As technology becomes increasingly important for the growth of all businesses, LaLiga has invested heavily in the tools and personnel that can take the entertainment industry forward. This has produced a significant change in how LaLiga operates on and off the pitch and positioned the competition as a leader in the industry, ensuring Spanish football continues to compete at the highest level.

Since Javier Tebas took over as LaLiga President in 2013, technology has been a key component of the strategic plan for Spanish professional football’s growth. This has seen LaLiga develop its digital offering at all levels and create a department of business intelligence and analytics. Led by José Carlos Franco, LaLiga’s Managing Director of Technology and Data, this department now has 70 employees and plays a key role within every part of the competition.

“We use the same methodologies that a major tech company might use,” Franco explained. “We’ve brought their way of working into our industry.”

With this ongoing innovation, LaLiga has been officially recognised by the Certification Agency for Spanish Innovation (ACIE) and the European Quality Assurance (EQA) scientific entity, with more than 20 projects being certified.

LaLiga’s OTT platform
Many of the tools and platforms that met the requirements to receive R&D certifications are designed to enhance the future of the industry. An example is LaLiga’s own OTT platform, LaLigaSportsTV.

The platform, which was launched in September 2018, offers free broadcasts of more than 30 different Spanish sports, providing the kind of coverage that many of the country’s sporting federations never had before.

Crucially, it offers users a personalised and interactive experience, generating anonymised data that provides detailed insights into viewing habits that can be used to further refine content offerings.

With this level of analysis, the platform to become a leading audiovisual service for live sport.

“With our OTT platform, we’re well positioned to better understand our users and how they consume sport, information which we can later use to grow our audience,” explained Franco, adding that this data can also be merged with data from LaLiga’s other digital platforms to create a fuller picture.

“The joint analysis of our data sources can give us a 360° view of our fans,” Franco added.

Technology and fixture scheduling
Other tools use data analysis to automate and improve previously manual tasks.

One of these is the Calendar Selector tool, which helps LaLiga to select the optimal kick off times for its fixtures. In just a few seconds, the tool can analyse more than 160,000 options based on historic attendance, global and national TV audience data for each team to deliver optimal suggestions. It can also apply filters, such as those needed to ensure that teams playing European competitions have sufficient rest time.

In addition, the tool incorporates the Sunlight broadcast planning tool to create 3D maps of the shadows and glare created by the sun at certain times of the day in each stadium, in order to ensure optimal broadcasting conditions.

Tools to fight piracy and match-fixing
With the many anti-piracy tools it has developed in house, LaLiga has moved ahead of other European leagues in the fight against piracy, a crucial move in protecting the broadcasting rights of competitions around the world. The Technological Protection of Content Department was created five years ago and has grown into a team of more than 20 experts, led by Emilio Fernández, LaLiga’s head of content protection.

One of the many success stories is the Lumière tool that LaLiga has created. The platform investigates websites that share content illegally, identifying the culprits and creating technical reports that can be used in later legal processes.

In addition to the Lumière tool, the team has also developed Marauder, which assists with the detection of illegal content.

Anti-piracy software such as this has proven so successful that other organisations have come to LaLiga to request it for their own competitions, such as Dorna Sports (the company behind the rights of MotoGP and WorldSBK) and Belgium’s Pro League (the top professional football league in Belgium).

“People are now starting to take note and to warn each other against uploading videos because they know they’ll be taken down and could lead to an account being suspended,” Fernández explained.

As well as the anti-piracy fight, LaLiga has developed tech solutions to help reduce the risk of match-fixing. Tyche is an artificial intelligence software that can analyse some three million data points in a day to monitor betting patterns and detect potential irregularities.

"We are proud of the quantity and diversity of the technology solutions that have been certified," Franco concluded. "This is a range of very distinct technology, from artificial intelligence to streaming to tracking illegal content. We work to apply the best of each discipline to different business areas."

A Spanish version of this article appeared in El País as part of LaLiga's branded content initiative.