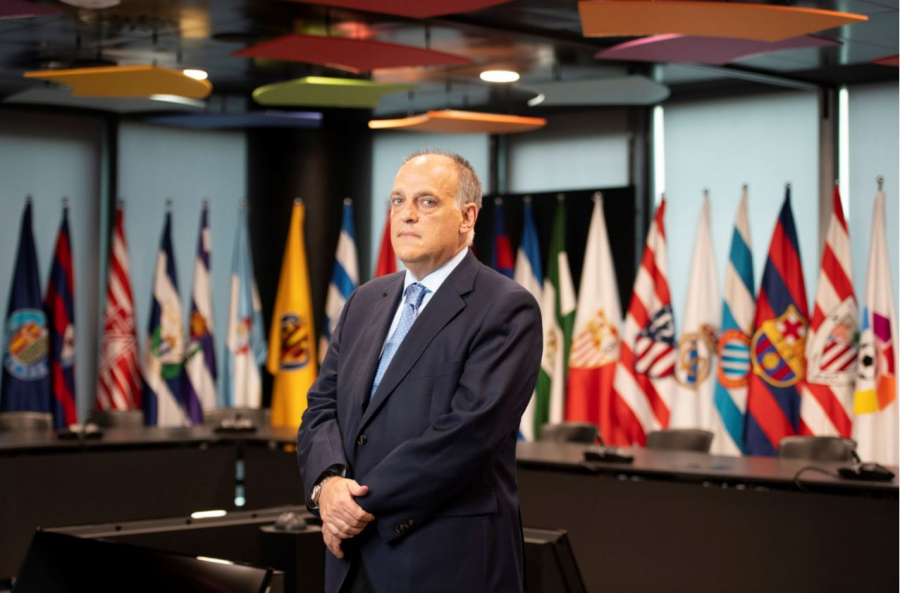 Javier Tebas: “We have shown that competitions can return”

Following the three-month pause due to the COVID-19 pandemic, LaLiga Santander resumed on June 11th with El Gran Derbi between Sevilla FC and Real Betis. As the competition took the latest step towards the ‘new normal’, LaLiga president Javier Tebas spoke with international media about the plans for finishing the season and beyond.

For Tebas and everyone at LaLiga, the focus since beginning of the enforced pause was to complete both LaLiga Santander and LaLiga SmartBank, so the resumption of football represents the next step in the journey, rather than an end point.

“Nobody knew if we were going to get back to football and some people asked us why we were even considering doing it,” Tebas said during a virtual roundtable. “Starting the competition is a very important milestone, as well as starting training. But we now have to be responsible and work in the best interests of our fans around the world. When the competitions are completed, that will be a day of celebration.”

While other major leagues have comeback plans, the football season in certain countries has been cancelled, a topic that Tebas explained was not discussed in Spain. “We did not speak with clubs about ending seasons; it was not the time,” he said. “We avoided discussion on ‘what would happen’ in terms of league positions, relegation, because it would cause confusion. We have shown that competitions can return.”

Extensive protocol with government support
After competition was postponed on March 12th, LaLiga designed protocols in collaboration with the clubs and medical experts, allowing for training, travel, matches and home life to be carried out with maximum security precaution. “Nobody had a protocol like this,” Tebas noted. “We started from scratch and have covered all possible angles. We are organising all travel and accommodation for all 42 clubs.”

Collaboration has been essential in bringing all the pieces together. With professional football representing 1.37% of Spain’s GDP, the Spanish government has been determined to assist with restarting the action. “The ministry of sport has helped transmit information to health authorities, which helped us return to training,” Tebas said.

The return of fans
For now, all football is being played behind closed doors in accordance with health regulations. Yet there is optimism that fans can return to the stands before long and LaLiga is in regular communication with the government on this matter.

“There will be precautionary measures and we are not talking about filling the stadium. Even 10-15% of spectators in the stands would show we are returning to normality," Tebas added. For us, the journey to return is not over until the stadiums are full of fans once again.”

Summer transfers and the 2020/21 season
With the pandemic having disrupted all global economies, Tebas expects that the effects in football will be seen during the summer transfer window, with less cash spending. “This crisis affects all leagues,” he said. “All clubs will have less revenue and I don’t see big cash deals taking place. I see more high-profile swaps that involve players moving in opposite directions, but in general I don’t think it will be the same volume of transfer activity.”

Regarding when the transfer window will take place, Tebas commented: “We will come to an agreement between big leagues. It will likely be a shorter window than usual. But there will be consensus.”

While the priority is to complete the 2019/20 campaign safely, Tebas is also looking ahead to 2020/21 and how that season’s calendar may look. With European competitions expected to be completed in August, LaLiga will adjust the start date for next season. “I think we will start on September 12th,” Tebas said. “We will adapt our calendar to help some clubs that may have been playing in Europe and we will work to recover the dates throughout the season.”

“Above all else, it is important to stay organised. We have shown this through developing our protocols and all clubs, big and small, have understood.”

“We have seen difficult times here in Spain, as in many countries. We wanted to encourage people and show it is possible to win against the pandemic.”