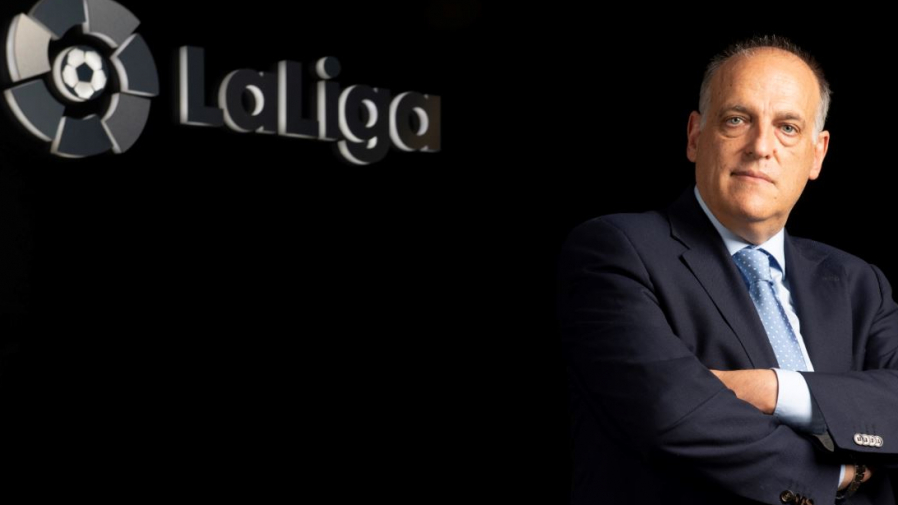 Javier Tebas spoke to leading media across Spain to assess the current situation generated by the COVID-19 outbreak and its wider global impact.

LaLiga, which suspended its competition until the emergency is dealt with, will be part of UEFA’s core committee charged with redrawing the European football calendar. The commission is made up of three UEFA members, three ECA (European Club Association) members, LaLiga and the Premier League.

Restarting the competitions
Javier Tebas made clear to ABC that “given the current situation we believe we can restart the competitions in mid-May, perhaps during the third week. If circumstances permit, we could bring that forward. There are 30 affected leagues, 30 cup tournaments, and we have to coordinate each schedule at both a national and international level. We need to work together.”

Tebas added in El País that “we are working with leagues such as Serie A in Italy, who have 14 games still to play, or the Danish league, who have 15 left to play. UEFA’s decision to postpone EURO 2020 will help us find a way to finish our competitions. We made our calendar calculations even before the decision to postpone it. We knew we could work something out and we’re now looking at different restart dates. We have to work in reverse, as it were, looking at the latest date we could start playing to work out other options.”

In light of UEFA’s decision to officially postpone EURO 2020, Tebas told El Mundo that “it’s not wishful thinking, it’s the reality: the competitions can finish in June. We said it before they postponed the European Championships until 2021, and now we have even more reason to say it.”

Regarding how the competition would be decided given the current circumstances, Tebas told Diario AS that “what need is there right now to argue over who should win LaLiga, who should be relegated and who should be promoted? Right now, we have to dedicate all our time to focus on finishing the competition.”

Clubs' financial losses
Discussing the potential financial losses that LaLiga clubs could suffer, Javier Tebas told business daily Expansión that “if we look at the industry as a whole, all 30 European leagues together, €7.5 billion is at risk due to this crisis. That would be the cost of not being able to complete every competition. It would put the football industry at risk in some places. That’s why we need a global solution. It’s a problem that affects us all and all the competitions need to be coordinated.”

He added in El Mundo that “right now it’s tough for clubs with museums, club shops… the big clubs for sure. They’ve lost a very important sum of money. Aside from that, if we complete our schedules, TV broadcast and ticket sales revenue would stay intact.”

The LaLiga president also told Mundo Deportivo that “28% of the television broadcast contracts revenue, amounting to more than €500 million, is still up in the air. I won’t go as far as saying that clubs would be thrown into crisis because our financial controls are very robust, but clubs’ competitive potential would be hit for various years.” He added that “we are in contact with clubs, assessing the temporary employment regulations and looking at problems that not only affect clubs but also the wider economy that depends on football. Over 150,000 people in Spain base their livelihood, either directly or indirectly, on football. Football accounts for 1.67% of our GDP.”

Low player risk
Javier Tebas told Marca that footballers “are no different to the rest of society. However, they’re not at high risk when it comes to training, except in very particular cases involving a chronic illness or something like that and in which case they’d receive special treatment within the club. Luckily, we’re a sector with a lot of medical resources at our disposal.”

Insuring the competition
When asked about the lack of insurance against the effects of the current situation, Javier Tebas told El País that “insurance companies don’t insure against pandemics. Ask UEFA, who haven’t insured the Champions League, or the European Championship… the Premier League, the Bundesliga, Serie A and Ligue 1 haven’t insured their television broadcast rights either.”

He added to Marca that any claim to the contrary is “ignorance. Anyone who’s studied law knows that big natural catastrophes are ‘uninsurable’ against,” he added. “That’s the case with everyone. Otherwise the insurance industry would collapse. That’s the case with UEFA and the Champions League, the Tokyo Olympics… nobody can do it. What can be insured are regular matches because they can be rescheduled, but nobody will insure you against a pandemic.”

Tebas reminded Diario AS that “LaLiga has and continues to work across society and on a lot of initiatives related to the coronavirus outbreak. We even worked with the Chinese government in several ways when it first broke out.”

He added to Mundo Deportivo that “LaLiga sent five tonnes of disinfectant gel to China. Now the Chinese are in contact with us over how to help Spanish society. This is part of the greatness of football.”