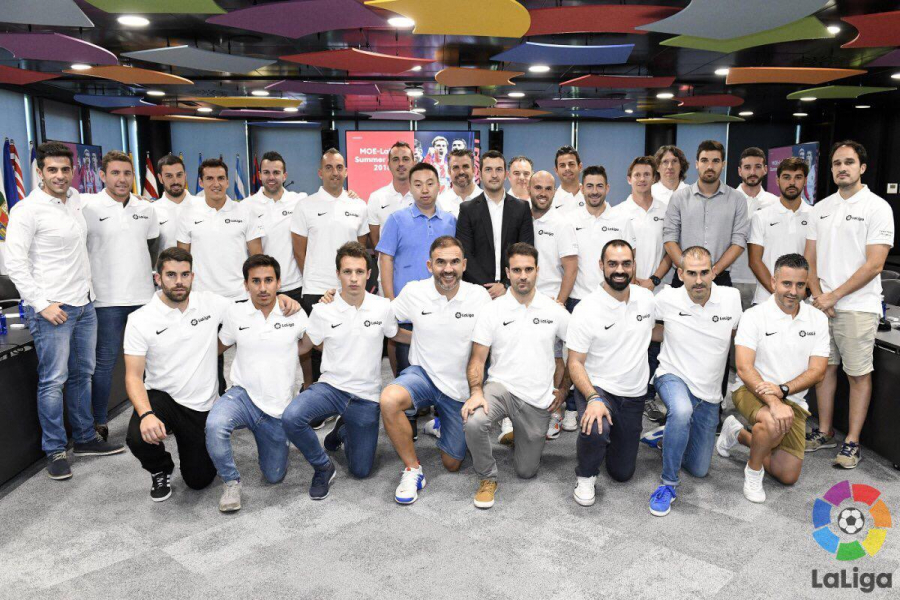 India and China heavily invest in LaLiga academies and schools

LaLiga’s Football Schools initiative is now a reality in India.

There are 31 academies distributed throughout the country, with LaLiga being responsible for their management, organisation and development.

Some 4,000 students between the ages of six and 18 are being trained at various academies in Calcutta, Bangalore, Kochi, Bombay, Puna and Noida.

LaLiga’s delegate in India, Jose Antonio Cachaza, is located in Noida and recently inaugurated a project of great importance that aims to ‘help India in their way of understanding football as is the case in Spain’, which has helped make LaLiga the best footballing competition on the planet.

The agreement reached by LaLiga, in collaboration with Track, their partner in India who are a renowned sports agency, is a giant step which will see both local and Spanish football benefit.

Coaches from Spain have been selected to take part in the ambitious project and are responsible for bringing the philosophy and methodology from LaLiga to all academies.

The objective of the project is to promote the development of Indian children and teenagers in the game, taking advantage of their love for football and all aspects of the Spanish game, in addition to carrying out a training and improvement plan for local coaches, who view LaLiga as giving them the bast platform possible.

LaLiga and its clubs are also making big inroads in another country of enormous importance in their international strategy: China.

In the Asian nation, the Ministry of Education (MOE) decided in the summer to expand their collaborative agreement with LaLiga.

That project was completed in August with the addition of campuses in the cities of Qingdao and Qinhuangdao.

Players selected in the final phase will enjoy a full university scholarship granted by the Chinese Ministry of Education.

It is a new step in the framework of a partnership that began in 2015 and has yielded great results ever since.

Some 120,000 young players and 8,000 coaches have benefited from training at the hands of more than 150 coaches sent to China by LaLiga to impart their knowledge and expertise.

LaLiga organised a meeting in early July in Madrid with all of the coaches who had been assigned to the project.

Coaches received specific training on the methodology of LaLiga and on the aspects which were to be developed across the various locations.

The day, which was vital in setting out the aims and ultimately the overall success of the project, was spearheaded by the Sporting Projects Area of LaLiga, with Hugo Blanco, Juan Florit and Carlos Casal and LaLiga’s China Office, represented by their deputy general director Zhang Le.

The agreement with China, a country dedicated to promoting the educational reform of football since the government of president Xi Jinping established their plans five years ago, is of great importance to LaLiga, in their objectives for greater internationalisation and development of the brand and sport.

China and India, two world superpowers, wanted to bet on the insurance that an association with the sporting projects of LaLiga would provide and it is paying off.