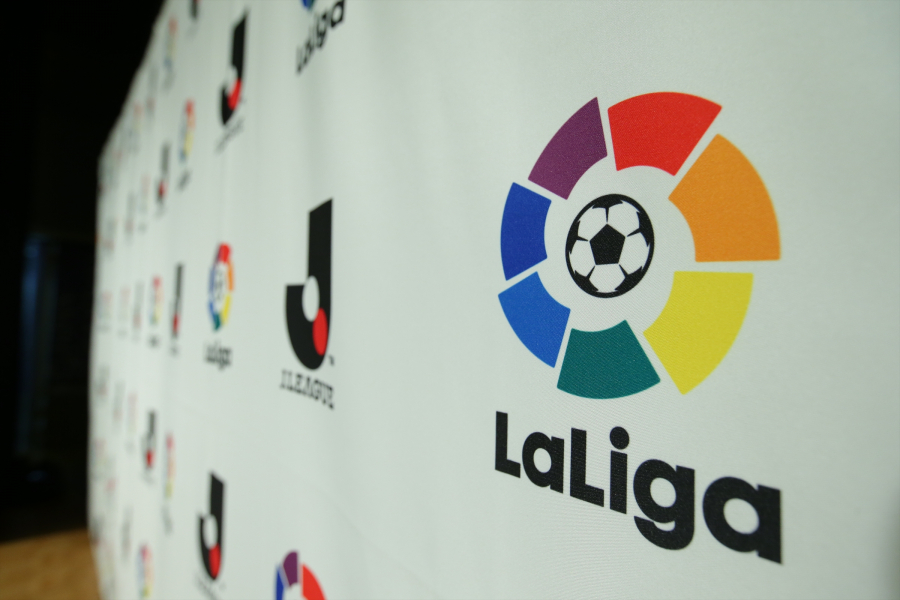 One of the core pillars of LaLiga’s internationalisation strategy is to build strong local partnerships and to have people on the ground who understand the nuances of a particular country and culture. In Japan, where the popularity of football has been rising for many years, the league has struck many important partnerships and has established a delegate in the country as part of the LaLiga Global Network.

One of the most important alliances is the one between LaLiga and the J.League, the organiser of the top three divisions of Japanese football. A memorandum of understanding (MoU) was signed by the two organisations in 2017 and following years of successful growth, this was recently extended to 2023.

As Ivan Codina, LaLiga’s Managing Director for SEA, Japan, South Korea and Australia, said during an appearance at the SportsPro Asia summit: “Our main remit is to bring LaLiga closer to regional stakeholders such as fans, broadcast partners and commercial stakeholders. For us, one of the pillars we base our strategy on is institutional relationships around the world. We see these MoUs as a communication channel, with information flowing in both directions.”

LaLiga has been a vocal backer of knowledge sharing between domestic leagues in recent years and dozens of similar memorandums of understanding have been signed around the world. In the case of the LaLiga and J.League partnership, the two entities discuss numerous strategies for the day-to-day management of their competitions, including insights into the world of OTT and improving match broadcasts.

“One of the areas where we focus a lot is in digital and social media, particularly in how we reach and engage our audience,” Codina said. “We are working to amplify the messages from both leagues,” he added.

The collaboration was also maintained during the recent lockdown that was enforced in both Spain and Japan following the coronavirus outbreak. By sharing its training and match protocols along with other advice, LaLiga helped to ensure that the J.League could get the competition back up and running as quickly as possible.

From the point of view of Takeyuki Oya, the general manager of the J.League's international department, LaLiga has become an international example for other leagues to follow.

“For us, LaLiga is one of the best in the world,” he said. “The club and league management style since Javier Tebas arrived as president has been innovative and creative, helping LaLiga to become a leader in the industry. We wanted to exchange communication that would help us to learn, while also sharing our own innovation with LaLiga.”

“We are looking to reach the level of the top European leagues,” he continued. “Interaction with some of the top competitions and clubs is essential and LaLiga has helped with this.”

“In 2017, for example, we created the J.League World Challenge trophy which Sevilla FC attended. LaLiga also sent one of the league’s global ambassadors, Fernando Morientes, which created a huge impact. That kind of collaboration couldn’t happen without the MoU.”

The fact that LaLiga and the J.League share a broadcast partner in the form of DAZN also adds strength to the alliance. As Oya continued: “We also promote LaLiga via our mutual partner DAZN. We can communicate with LaLiga fans in Japan and bring them to the J.League and vice versa. We are always discussing the next idea.”

Thanks to these efforts, LaLiga has grown considerably in Japan over the past few years, supported by other strategic local partnerships. The competition has teamed up with the Cervantes Institute in Tokyo to bring teams closer to Japanese fans through online classes, for example, while several clubs have worked with LaLiga to set up Japanese language Twitter accounts, in addition to joining the most popular Asian social networks.

Clubs such as Real Zaragoza, Real Betis, Leganés, Huesca and Eibar have also made efforts to maximise the presence of Japanese players in their squads by creating new initiatives in the country, from in-market signing events to local commercial partnerships to tourism promotions.

“Going into a new market, having local relationships are very important and creates insights that we can also share with clubs,” Codina concluded. “There is a lot we can learn from each other.”