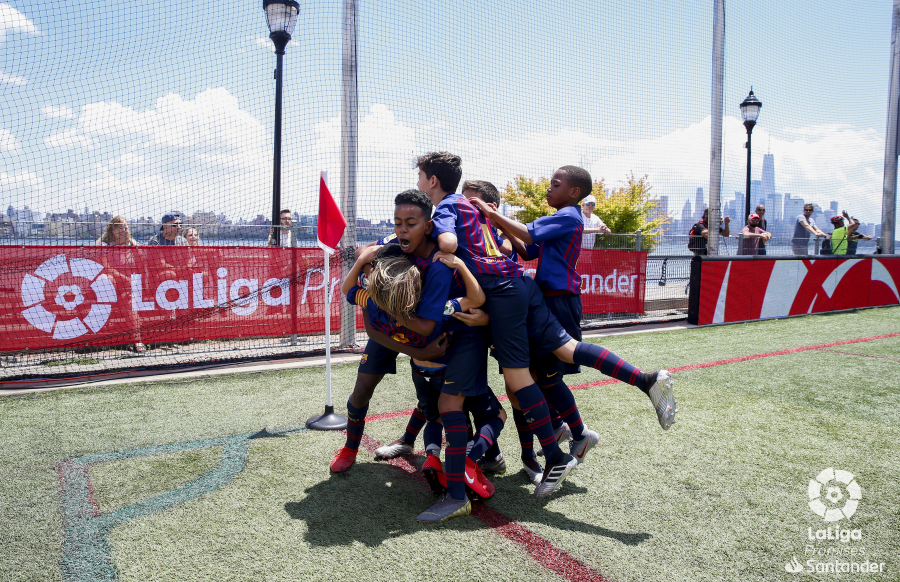 International tournaments have become a key part of many footballers’ careers. Providing this experience from a young age can be hugely beneficial to a players’ development. Many of the world’s best academies now have the opportunity to do this thanks to the international version of the LaLiga Promises tournament.

Hoboken in New Jersey was selected as the location for the fifth international edition of the prestigious competition for Under-12s, which has earned a reputation for giving a platform to some of the game’s brightest new stars. Put together by LaLiga with the José Ramón de la Morena Foundation, a total of 16 teams representing seven different countries had the opportunity to make a name for themselves.

Supporting the league’s objective to strengthen the global game, the LaLiga Promises International Tournament invites top academies from multiple countries to compete against some of the best that Spain has to offer. In the case of the US, LaLiga has been working to grow its presence and support grassroots football in the country for several years and launched a joint venture focused on the North America market in 2018.

“LaLiga Promises is one of the most important projects we do at LaLiga – with the José Ramón de la Morena Foundation – to promote the growth of soccer,” Javier Tebas, President of LaLiga, said of this year’s event. “This tournament in New Jersey is part of our commitment to grow soccer internationally, especially in the United States.”

Not only did these sides receive valuable playing experience, LaLiga also worked to ensure that their talents could be seen by new audiences. Offering free entry to the matches at the Sinatra Park Soccer Field attendances were high in the stands, while TV spectators were able to take in the action via Univision in the US, Gol in Spain and online via YouTube. To provide an extra touch of spectacle, the three-day tournament was played with the New York skyline as a backdrop.

For Hoboken mayor Ravinder Bhalla, it was a privilege to welcome LaLiga Promises back to town. “There is no better place to host all of our international participants than on our beautiful waterfront,” he said. “We’re pleased to help facilitate the growth of soccer here in Hoboken and across the country and thank the José Ramón de la Morena Foundation and LaLiga for showcasing its talented players in our city.”

Opportunity for new football stars to appear
In its 25 years of history LaLiga Promises has helped the likes of Iker Casillas, Fernando Torres, Xavi Hernández, Andrés Iniesta and Gerard Piqué to gain experience and recognition. The international version aims to provide the same opportunities to young players from other countries, while supporting the growing popularity of soccer in the USA.

The 2018 creation of LaLiga North America, a joint venture between LaLiga and Relevent Sports, has taken efforts to support the country’s coaches and academies to new levels. In recent months, a partnership with US Club Soccer has created new coaching courses for thousands of individuals across the country, while the new LaLiga Academy in Miami will provide opportunities for players between ages 4 and 18 to develop their skills following the LaLiga approach.

“LaLiga North America is proactively working on football growth and on grassroots development as part of our strategy in North America,” Tebas added.

The trophy at this year's international LaLiga Promises tournament was ultimately won by FC Barcelona’s academy which was victorious over Real Madrid in the final.