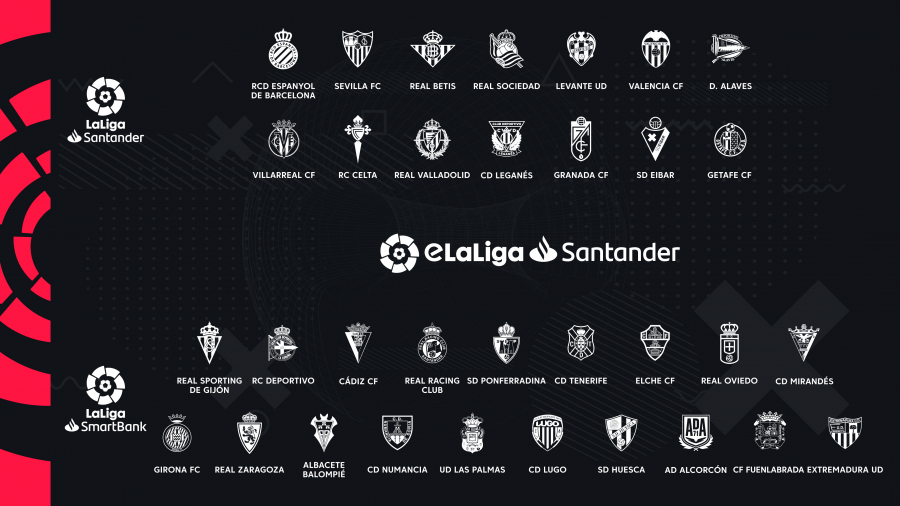 Global interest in eSports has been building steadily but 2020 may be the year that it becomes truly mainstream. As the third season of eLaLiga Santander (the official EA SPORTS TM FIFA 20 Global Series competition in Spain) prepares to get underway, the majority of the country's professional football clubs are now on board.

Featuring 18 new participants, the number of registered LaLiga clubs has almost doubled to reach 33. Each club will be represented by one of the thousands of gamers who will take part in the five-month tournament. But more than simply adding their logo, clubs are expanding their business through esports, finding new ways to engage with fans around the world and entering into new commercial opportunities.

Having drawn audiences of more than 2.8 million last season, eLaLiga Santander is an attractive proposition and is receiving significant support from across the league, which has helped to drive sponsorship for the competition as well as providing its digital and audiovisual expertise to increase exposure.

For the new entrants, results are already being seen. Juan Carlos Sahuquillo, brand manager and head of eSports at Valencia CF, explained that the strategic decision to sign up for eLaLiga is helping the club to move beyond its traditional fanbase. "It will allow us to access markets that are different to those that we do through football," he says. "We can enter strategic commercial territories such as Asia and the USA in a more strategic way, as eSports are already hugely popular there."

"According to the latest Onalytica study, we are now the 16th most influential brand within the eSports industry," Sahuquillo continued, adding that the club is quickly monetising this new identity. "This year we're the first football club to have secured a main sponsor for its eSports team - Powergym - while we have also launched the first eSports shirt, which is different to the first-team kit, courtesy of our collaboration with Puma," he said.

For those clubs who were already part of the league, there was no question about whether to sign up again this year. In fact, their involvement in eSports has increased. Levante UD, for example, recently organised its own competition, the LUD Cup, which pitted some of the world's best gamers against each other during the DreamHack Valencia event. "Bringing together the top eight players in Spain gives us real credibility within the community of FIFA players," said Luca Donati, international business officer at the club. "We can comfortably say that the Levante brand has a strong name and is particularly well regarded within this community. The effort we've put in this year makes us a contender to clinch the eLaLiga title and bring it back to Valencia."

Real Oviedo, meanwhile, heads into the new campaign with renewed hope and expanded horizons: "We want to really compete and set the bar as high as we can, whilst ensuring that we continue to be involved in a competition that really excites us," declared Fernando Corral, the board spokesperson at the Asturian outfit.

Part of building on this excitement will be to reach out more directly to fans who are discovering the clun through eSports. "We're organising several commercial initiatives and will try to set up some in-person, warm-up games as well as offering fans a VIP pass to a match featuring one of the big names," a club representative added. "Another project we're working on involves holding masterclasses in which our eSports player would give the fans some gaming tips in a live session."

Online tournaments and live events
Having begun its first season with the involvement of 10 clubs, LaLiga's growth within eSports has been swift. Working alongside Electronic Arts (EA Sports), the official FIFA 20 Global Series licence holder in Spain, the latest edition features new branding thanks to the support of lead sponsor Santander, while more brand associations are expected soon.

The eLaLiga Santander campaign will begin in January with the online qualification tournaments, in which thousands of candidates will face off for the right to represent a LaLiga Santander or LaLiga SmartBank club. Those interested in taking part in eLaLiga Santander should register through the official competition website (www.elaliga.gg) to express their interest in representing one of the clubs involved in the tournament's online phase. As well as acting as a registration platform, the website will also offer a source of up-to-date information throughout the competition. The online phase runs from 11 January to 9 February.

On 15 February, Madrid will host the kick-off event for the finals, at which gamers flying the flag for LaLiga Santander and LaLiga SmartBank clubs will compete to put the first points on the board for their respective teams. There will then be a further two online tournaments, which players can again sign up for via the competition website, as they bid to reach Mid-Season, the second in-person tournament, which will take place during April.

The curtain will come down on the 2019/20 eLaLiga Santander season in May, following the staging of the live final in April. The event in Madrid on 9 May will determine who claims the tournament crown.