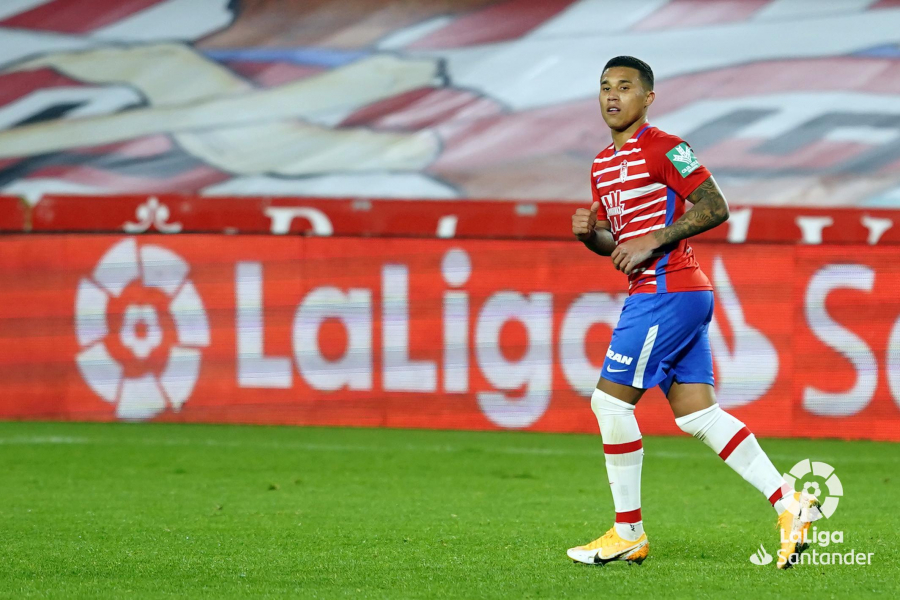 Few things can immediately define a football club like its kit. The colours and designs worn by the players and fans reflect years of history and create an unmistakable visual identity. Each season, the launches of new kits are one of the most anticipated moments for fans, many of whom plan to purchase their favourite shirts in order to show support, both at matches and well as part of their everyday wear.

As football shirts have entered the world of high-street fashion, football clubs are more focused every year on choosing designs that capture the interest of fans and increase sales. Alongside ticketing, sponsorship and television rights, merchandise can represent a key part of a club’s economic growth and choosing the right kit is a central part of that. Generating new kit sales, both inside and outside of Spain, clubs can also generate significant opportunities for internationalisation.

LaLiga Santander clubs Granada CF, Real Valladolid and Villarreal CF explained what the selection process for a new kit entails, including the relevant decision makers, the influencing factors and the promotion and launch process.

Choice of kit design and essential aspects
"The kits are a symbol, an asset that remains constant throughout the season and that carries with it all the moments that mark a team’s progress," explained the communications team at Granada CF. “The home kit is always associated with the team's standards, its identity and its values. If we think about the web, the most important thing is identity, what the fans are proud of and what global fans identify the team with.”

“Starting from this point, we must seek a balance and mark a differential point to make each year’s kit more attractive, more visual and more symbolic.”

At Villarreal CF, the home kit must always comply with a central rule, that all elements (shirt, shorts and socks) must be yellow. Previously, the club has introduced some details in blue, but this season it has opted for a single colour. However, this does not stop the Valencian community club from experimenting.

"Every year we will make change in fabric and small fashion details, sometimes in the collar or in the shape of the sleeves,” the club explained. "The new kit, normally the shirt, also typically has some added hidden detail, for example, the club's motto or even the silhouette of the stadium woven into the fabric."

Granada CF agreed that, when working with its sports brand on the updated designs, "new fashion trends have an influence". The horizontal red and white stripes of the home kit must be present, however other factors include choosing a light and comfortable fabric. "We always try to find a perfect balance to ensure that no one can go without buying the kit, either for fashion reasons or, as in many cases, for the sporting growth of the team," the club added.

Key collaborators
Some clubs keep the selection process heavily guarded in secrecy until its launch. "The design is only known by three people," revealed Granada CF.

Other clubs like Real Valladolid bring multiple departments into the process. "We involve groups from the CEO to the business, marketing and design areas," said David Espinar, director of the Real Valladolid president’s office.

Espinar notes that the process takes the club "about a year", because in addition to the selection of materials, colours and other details of the kit, "we do all the planning for the kit range and wider portfolio in a complete and connected way."

For Villarreal CF, there is close teamwork with Joma, technical supplier of the club for many years.

"Personnel from the areas of marketing, retail, communication and materials are also involved” the club noted.

“Between September and October we begin working on the designs of the kits for the following season, taking into account new fashion trends, colours and, above all, the innovative materials and technical improvements that our technical supplier presents to us," it continued.

"In addition to the kits, you have to consider the training and casual collections, taking into account that these are not only for the first team, but for the more than 35 teams that make up our grassroots football."

The role of social listening
Having created the design, social networks play a fundamental role in the success of the kits, especially at launch, where clubs can capture real time feedback about the new designs through their official channels.

"Social networks are a channel of expression that allows us to have a two-way conversation with our fans, something that provides a lot of information to the club about how the kits have been received," says Granada CF.

“We begin work on new kits in September, fresh from receiving feedback about the kits that we have launched just a few weeks previously,” added Villarreal CF. “We take these opinions into account for the new designs, although we continue social listening as fans become more familiar with the kits throughout the season.”

Feedback on new kits is often vocal but for Granada CF, this does not necessarily mean that a kit will not be successful. “On many occasions, what generates a lot of criticism on social networks actually generates a very high sales volume,” it reveals. “The important thing is that the kits capture the attention of our audience.”

Third kits: An opportunity to innovate
In line with these objectives, clubs are also increasingly using new kit launches to make a bolder fashion statement. Visual identity can create valuable links with fans and this is often made with the home colours, but there is little flexibility when it comes to choosing colours and design.

For regulatory reasons, the away kit must also be fairly discreet and of a darker colour, allowing for clubs to easily differentiate from their opponents when playing matches.

With the creation of third kits, which have now become a mainstay in top football clubs, there is an opportunity to get more creative. Based on this, clubs are applying more and more energy into creating an additional kit that is different and unique each year.

For Granada CF, when considering the design of its third kit, “colour, design and finishes are essential, as these aspects mark the evolution and modernisation of a club in terms of trends and retail expansion.”

For Villarreal CF, the third kit “allows us to look for that different and creative point that our fans tend to like very much”.

"It includes taking risks and leaves a wider gap for the imagination," added Granada CF. “It is an addition that allows you to test what your fans like and what you should perhaps introduce for the coming season. This year, for example, we introduced fluorescent tones and it has generated completely diverse positions among our fans”.

Creating benefits inside and outside of Spain
After the opinions of fans and media have been heard, clubs are ultimately focused on whether a shirt is able to generate sales and extend their brand visibility. In this regard, current strategies are proving successful.

Real Valladolid’s kit for the 2019-20 season, for example, was the best-selling in the club’s history. Therefore to create the new version for 2020-21, the club wanted to balance the positive aspects of that design while also evolving with new fashion trends.

For Espinar, the importance given to the design of today’s football kits follows the trend of buyers looking for quality and well-made garments. "The priority will always be the technical innovations and the quality of the kit so that it helps in the performance of our team", Espinar said, “but the modernity of the design is also important. It is fundamental that the club reinforce itself as a modern brand, that is the positioning that we want."

This season, the Real Valladolid launch campaign has also been of particular success. "We surpassed the previous year's record and exceeded launch goals by 40%," Espinar noted.
In addition, he explained, thanks to the strategy carried out on social networks "the kit has gained a lot of notoriety outside of Spain, in sports media, newspapers and also with influencers."

Granada CF also sees a noticeable link between a successful kit and international sales. “Kit sales can help us take a step forward in the expansion of our internationalisation projects,” the club explained. “For this, progress must be made in terms of communication, but also in terms of logistics and making the kit available.”

“Fundamentally, if a fan from another community or another country proudly wears the colours of your club because of its design, to the detriment of a local club that may have its own tradition or media presence, this is a success,” the club said.