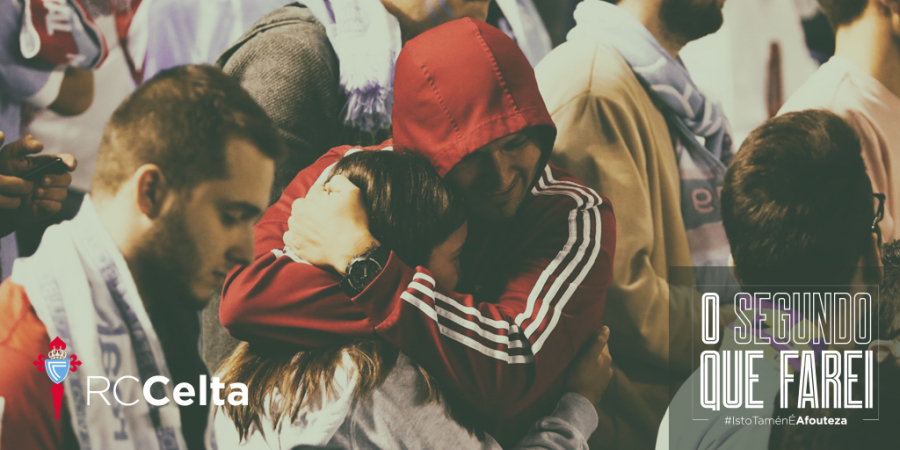 The crisis sparked by the COVID-19 outbreak has paused many aspects of society and forced people to stay away from loved ones for over two months. During this time LaLiga clubs have been doing what they can to support their fans and local communities with a variety of creative initiatives. A new idea from Celta de Vigo is raising awareness while enhancing the emotional connection that already existed with its fans.

Since competition was postponed, the Galician club has been behind various solidarity initiatives, from the donation of medical supplies to local hospitals to the club’s involvement in projects with the Vigo Food Bank. Players in Celta de Vigo’s first-team squad also called up the club’s oldest fans to check on their wellbeing and to share stories.

To mark the return to the ‘new normal’, the club has now produced a campaign called ‘The second thing I’ll do’ which explores some of its fans’ greatest passions and reflects the enduring role of football to life after the pandemic.

Over 200,000 views in one week
“Our fans, like the rest of the population, have been away from their loved ones for many weeks and the first thing they want do as soon as they can is to go and give them a hug,” commented the club’s marketing and communication department. “We wanted to find out the next thing they planned to do, in order to share positive messages of hope and demonstrate the passion that people have for the club.”

The club created a website where fans have been urged to share their plans and to post messages. The project was also promoted with a video shared by Celta Media, which received more than 200,000 views in just one week.

In the video, a woman tells one of her grandparents that the first thing she’ll do will be to share a hug and that the second thing will also be a hug, but this time to celebrate a Celta de Vigo goal.

“Everyone at the club wants to remain close to the fans because, even if activity is continuing right now without them, we need them and we want them to support us from a distance while feeling that we are close,” the club added.

Messages from around the world
Fans responded in great numbers to the campaign and not only those based in Vigo. "The health crisis affects all corners of the planet and this campaign is aimed at all our fans from five continents,” the club continued.

This initiative forms part of Celta de Vigo’s mission to create emotional links with fans, a message that was made clear during the summer when several signings, including Denis Suárez, were presented to fans in the style of a homecoming after spending time elsewhere. These same family values are ones that the club is trying to incorporate more and more into its identity.

“The response to the campaign has been very positive so far,” the club said. “We’ve had dozens and dozens of messages, with some fans telling us that they’ll put their shirt on to go out the house and others that they’ll sing the club anthem from the window. Others dream of returning to Balaídos to see a match at the stadium.”

Capturing the passion for the club
For now, these messages are available on the website, but in the future the club will look at the option of displaying them somewhere at the club facilities.

In addition to connecting to its fans, the club feels that this new initiative has shown Vigo to be one of the most passionate football cities in Spain and in Europe.

“At these times, when we can’t be in contact as much as usual, we want to remain a part of our fans’ day to day lives and a part of the return to the new normal,” the club said. “We know that a football team isn’t just a football team. It’s linked with life, feeling, happiness and, sometimes sadness.”

While the health crisis will change many aspects of everyday life, Celta de Vigo’s campaign is a reminder that many values, such as the love for your football team, will stand the test of time.