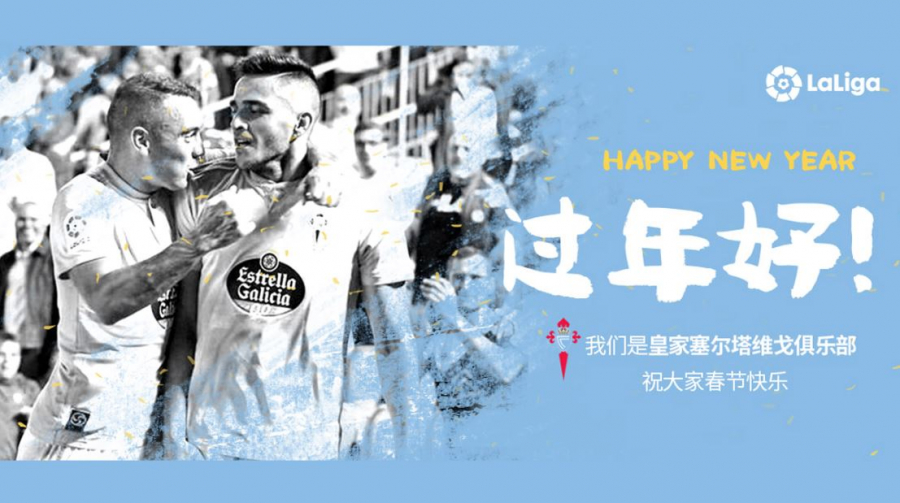 Although one of the club’s newer departments, RC Celta de Vigo’s marketing and communications team has become one of the most effective and innovative in Spanish football. Adding new fans, international growth and bringing new words into the lexicon, the club is on a strong upward trajectory while putting two factors at the heart of its work: the club’s fanbase and nearly 100 years of history.

“Celta de Vigo couldn’t celebrate its 96th anniversary this year without its fanbase,” insisted Maruxa Magdalena Seoane, the director of the marketing and communications department that only came into being three years ago. “The fans are the ones who best represent afouteza,” she added.

The term “afouteza,” which was popularised by the club’s marketing campaigns, was named the Galician Word of the Year for 2017. While there is no direct translation, the word is a noun and can mean the spirit that leads someone or something to act without fear of danger of difficulties or the self-confidence of someone or something.

During the club’s participation in the 2016/17 Europa League, the club ran a campaign based on the slogan of “We’ll show the world what afouteza means” which led to a nomination in 2018 as one of the five finalists in the National Marketing Awards in the branding category.

“They key was connecting with the feeling of the fans through concepts that have always been alive and that we’ve always identified with,” Magdalena added. “Our club is an institution that the membership base identifies with. It looks to the future without forgetting its past. It advances with ambition and this is already unstoppable. We’re fighters by nature and we’re demonstrating this daily.”

Creating a global identity
The Celta de Vigo story began almost a century ago, when two football teams merged to form the club that exists today. On June 22nd 1923, Vigo Sporting and Fortuna de Vigo joined forces to create a club that would be stronger and that would be backed by the entire city. After several years spent between the top two divisions of Spanish football, the 1990s and 2000s brought some of the club’s greatest memories as the Sky Blues embarked on several deep European runs and reached two Copa del Rey finals. Moving forward to the present day, the 2019/20 season is the club’s eighth in a row in LaLiga Santander, which is the third-longest run in the club’s history.

When the new marketing department got to work, there was a strong desire to grow globally. Fundamentally, the Celta de Vigo brand is a very local one that is deeply rooted in Vigo and in Galicia, but internationalisation is also important to the club’s future growth.

“For a club from a working-class, humble and striving city to have reached Europa League semi-finals, to have played in the Champions League and to have had international players in the first team is very distinctive, eye-catching and valuable,” explained Carlos Salvador, the director of the club’s commercial department. He went on to state that there are Celta de Vigo fans around the world and that the Celta Academy is in 10 different countries.

Growing the 'best fanbase of LaLiga Santander'
The RC Celta de Vigo fans have long been known for their passion and dedication and this was officially recognised as they were named the best fanbase of LaLiga Santander for last season. This is a matter of great pride for Magdalena. “The supporters are essential for us,” she said. “We need them and we try to meet all their needs. The fans know that their team is a humble one that fights against the biggest clubs in the world face to face without fearing defeat and with great commitment.”

Improvements in ticketing and customer service have made it easier for these supporters to maintain their vocal support at the Abanca Balaídos stadium, while improvements in digital communication and social media have brought the fanbase closer to the day to day happenings at the club.
As a sign of success, more than 90% of last year’s season ticket holders renewed their pass during the first renewal period. Already the club has increased its membership base by around 1,000 compared to 2018/19.

The importance of audiovisual content and social media
Social media is a vital part of the club’s marketing strategy and is spearheaded by Magdalena’s department. The club has accounts on Twitter, Instagram, Facebook, YouTube and LinkedIn, as well as on the Chinese platform Sina Weibo, where it can call on the support of LaLiga to adapt content for this audience. The numbers clearly show how the club is growing on social media, from 880,000 followers in 2016/17 it has now grown to over 1,200,000 followers on all channels.

“We used to only use social media to inform and didn’t realise we weren’t connecting with fans in the way they wanted,” the department noted. “When we started to introduce humour, we had a very good response from our followers and we started to gain many more.”

The future growth strategy also involves sharing audiovisual content, making the most of the club’s players to share stories and interviews that help spread the club’s message and identity.

Making the jump from Galicia to the world stage is not easy but Celta de Vigo is proving that it can be done. The key to growth, in the view of the marketing and communications department, has been the ability to connect with the feeling and emotions of fans through concepts that have always been relatable to the club and its supporters. Through intelligent modernisation and a respect for the club and city’s traditions, Celta de Vigo is set to keep growing through pride, heart and afouteza.