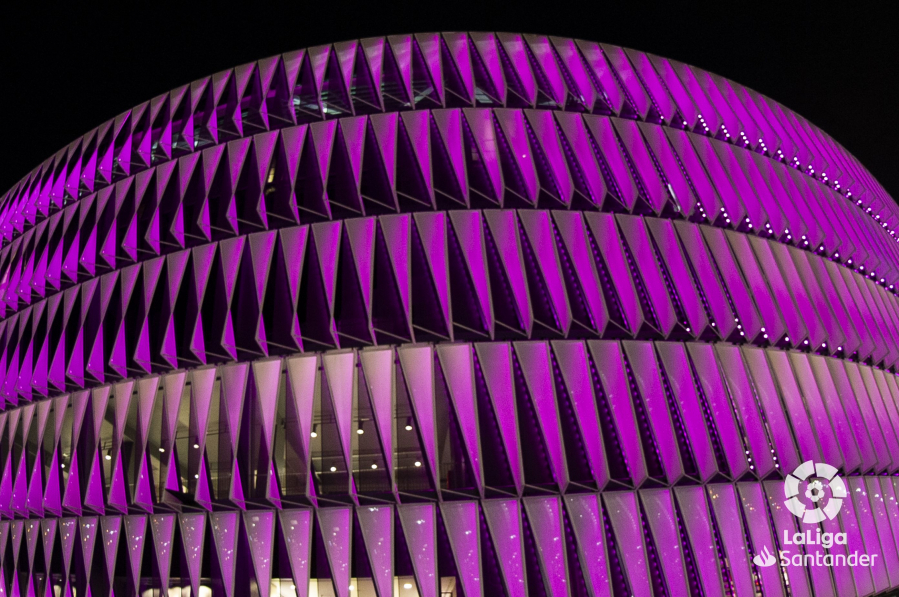 How Athletic Club is strengthening its social and environmental commitments

As businesses and communities become increasingly aware of the need to take more action against climate change, the support of football clubs is vital. Of the growing number of clubs to have set out their environmental credentials, Athletic Club is a leading example.

The Bilbao-based club has considered sustainability a central part of its business processes for some time and is now focused on becoming a leading example of how to promote sustainable practices.

“Sustainability is an important value in terms of social responsibility, but also in terms of connecting with our fanbase and ensuring our fans feel they can identify with the club’s behaviour,” the club’s communications department explained.

With over 122 years of history and a world-famous commitment to only fielding local players from Spain’s Basque Country, Athletic Club is known for having a distinct approach within football. Its social commitment, backed by the Athletic Club Foundation, is an extension of that identity.

In order to achieve this, various projects related to sustainability have been organised, combining strategic partnerships with new energy innovations and community action.

San Mamés stadium, a centre for green energy
Recently, Athletic Club struck an agreement with Petronor to decarbonise the energy consumed at the club, both in its facilities and in terms of corporate mobility.

At the heart of this is the club’s San Mamés stadium, which became the first European football stadium to obtain the Leadership in Energy and Environmental Design (LEED) certification, the highest international recognition in this field.

This award considers integrated design practices, the saving of energy and water, the use of environmentally friendly materials, the indoor environmental quality, innovation and design, areas where the club is continuing to innovate.

“Solar panels will be installed on the roof of San Mamés so that this green energy, called ‘Energía KM0’, can supply part of the stadium’s energy needs,” the club explained.

“Furthermore, an energy community called ‘Energía Athletic’ will be set up and the supply of low-carbon energy will be assured through the appropriate certificates. People living within 500 metres of San Mamés will be able to receive part of the energy generated at the stadium.”

Electric transport by default
In order to promote sustainable journeys, charging stations for electric vehicles will also be installed at the club’s facilities and thanks to an agreement with BMW-Lurauto, electric vehicles have become the new transport of choice for Athletic Club personnel.

“There was a strategic decision, in line with the Sustainable Development Goals, for all the vehicles used by the club to be electric,” the club elaborated. “There is a fleet of vehicles for shared use by employees, which minimises the size of the fleet and which leads to less contamination. In this way, the carbon footprint of corporate trips is reduced.”

Offsetting initiatives
The club has also launched a ‘CO2 Offsetting’ campaign to help compensate for its current carbon emissions. “At the end of each season, the level of CO2 emissions is calculated and the appropriate number of trees and bushes are planted over the course of the following season to compensate for the club’s carbon footprint,” the club added. “Last season, 2029 trees and bushes were planted in the Urdaibai estuary.”

Institutionally, work is also underway to address how the club can reduce the impact of its events. The ‘Erronka Garbia’ (‘Clean Challenge’ methodology) is designed to minimise negative environmental impact from large scale events and has seen the club receive the Certification for Sustainable Match Events. “It makes us a leader in this field,” the Athletic Club communications department continued.

Elsewhere, to increase the recycling rate in the Biscay region, the club has signed an agreement for new policies to be put in place through a public enterprise. This is an initiative that is already being led by the Athletic Club Foundation as part of its social commitments, with many groups getting involved in sustainability projects such as planting trees and picking up plastic along the local coastline.

“The Athletic Club Foundation organises environmental trips with the ADSIS Foundation for deprived local communities,” the club said. “The official team bus picks them up and, along with club staff, they spend a day getting involved tree planting or other activities. Similarly, the players of our LaLiga Santander Genuine team have joined in with campaigns to collect plastic from the coastline.”

The role of football in the fight against climate change
Given the global influence of football, the club believes the industry has a key role in creating change and works with all stakeholders to develop its goals further. A key group is of course the fans, who were engaged recently by a competition called ‘The Sustainable Development Challenge’.

Related to sustainability in the areas of local commerce, sustainable movement, sustainable tourism, reuse of waste, biodiversity and recycling, those entering the competition had to submit a photo and explain their relationship with the issue being discussed. Club shirts, local organic produce and other prizes are on offer for the best entries.

“Football’s range of influence is enormous and so too is the responsibility that comes with it,” the club said. “We’ve created initiatives that serve as a reference and that help to make clear the importance of the fight against climate change to our fans.”