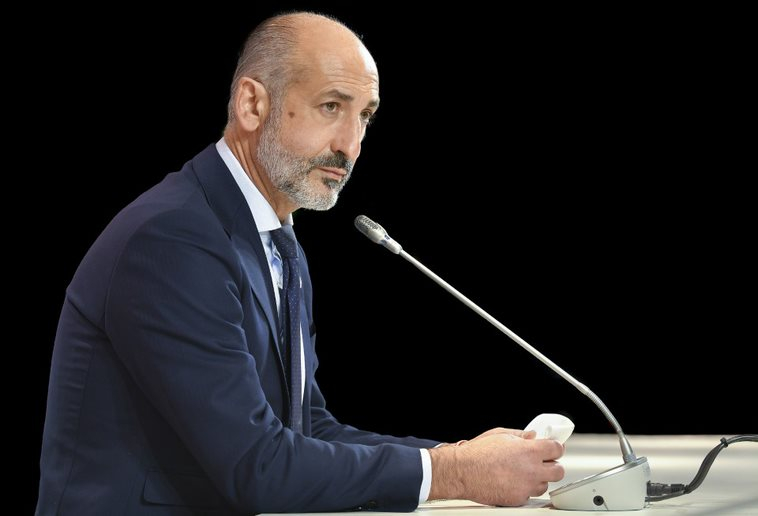 Firstly, the club from Bilbao is in a group of just three sides to have competed in every single season of LaLiga without suffering relegation, FC Barcelona and Real Madrid being the others. It also has the fourth-highest number of league titles in LaLiga history. This has been achieved maintaining an approach that is almost unique in world football: every player to have ever represented Athletic Club either hails from Spain’s Basque Country or has family links with the region.

Having more than 120 years of success behind it, the club remains fiercely loyal to its local roots, while acknowledging the need to keep expanding on a global level. However, for club leadership, these two priorities are not mutually exclusive.

Athletic Club president Aitor Elizegi is also a well-known figure in the world of Basque gastronomy and a local entrepreneur. During a virtual event with international media organised by LaLiga, he explained how learning from different industries can help Athletic Club to make its mark on the global stage and why backing local talent is an important message for the rest of the world.

The value of local produce
Elizegi’s passion for gastronomy has made him a well-known person in the Basque Country. Now as president of Athletic Club, he is transferring many of the ideas, knowledge and success stories picked up from his work as a chef and a businessman.

“We can look to Basque gastronomy to find the values that are present in this sector, such as the respect for tradition, for local produce, for suppliers and for colleagues,” he said. “I often relay the idea of following chefs, media personalities and writers who have a real understanding of their profession, because many of these lessons are applicable to elite sport.”

Just as the gastronomy world places high value on local produce, the Athletic Club president called for football clubs to make homegrown players a stronger part of their approach. For Athletic Club, the heart of its local philosophy can be found at the Lezama academy.

Over 50 years of history
Having recently celebrated its 50th anniversary, the high-level training centre is regularly cited as a pioneering space in Europe and beyond. After bringing all its teams together at the same facilities, Athletic Club laid the foundations for its future.

Today, Lezama still continues to produce an overwhelming stream of talent. In its recent win over Cádiz CF, 14 of the 16 players used by Athletic Club had come through the academy.

“We know that it could be a limitation, but it’s also our strength because it allows us to build a team spirit when we compete and that’s the message we want to spread to others,” Elizegi revealed. “Bringing together the sum of individual efforts can be better than a team with a lot of individual talent.”

In order to support this growth, the team from Bilbao has continued with its policy of signing agreements with local clubs, with over 130 affiliated teams in its close surroundings. It has recently signed a 10-year contract with local club Antiguoko to help secure new playing talent for the future, while Elizegi revealed that the club has boosted its pool of scouts in Navarre and Álava.

“Such focus on local coaching also brings with it the guarantee of not having to rely on the transfer market as much,” the president added.

Using digital tools to engage with global markets
The club’s respect for local communities, businesses and players has won it many admirers around the world and now forms part of its global brand expansion strategy. Already, Athletic Club is carrying out various initiatives through collaborations in Asia, South America and Africa, led by the club’s foundation. “We think it’s important to share models of social responsibility in the community, such as child protection and nutrition,” Elizegi said. “We want to share this wherever we go.”

When it comes to communicating this message, the president believes in the power of technology to help the club enter its next phase of growth. “All cultures based on local identities need innovative tools to share their stories with the rest of the world,” he said. “Digitalisation and data management will help us in this and will help us to be discovered as a glocal [global and local] brand.”

Elizegi believes that football fans around the world are looking for authenticity and for real stories, which the club can bring to life through digital channels.

“While respecting all our opponents, we want to share the legend of how we’ve understood football and sport for 120 years,” he said. “We hope that this message, which can be shared intelligently through digital tools and quality content, can provide social returns and economic returns too.”

San Mamés: A secret ingredient
In the short term, Athletic Club plans to drive new growth from its San Mamés stadium. The venue has received numerous prizes for its architectural quality in recent years and is widely regarded as being at the forefront of stadium technology. The club is therefore looking to maximise returns from the stadium, including via tourism when health conditions allow.

“Football fans all have landmarks that we want to see, maybe a dozen or so stadiums that we want to visit one day, so we want San Mamés to be a global reference and somewhere that fans want to come to,” Elizegi stated.

The club also recently concluded the first stages of a startup technology competition, which invited entrepreneurs to design new tools which could, among other things, increase visits to the stadium on non-matchdays and grow local tourism.

“European football is great and admired around the world precisely because there are big teams in domestic competitions,” he argued. “Fanbases have created rivalries and history that we’ve fallen in love with. To break this balance, this know-how and this understanding could be dangerous. The current product is a great product.”

“We shouldn’t rip up the model that has built many great clubs,” he concluded. “We should follow the rules that allow for those who do things well to be able to compete. That’s what enriches local leagues and European competitions.”