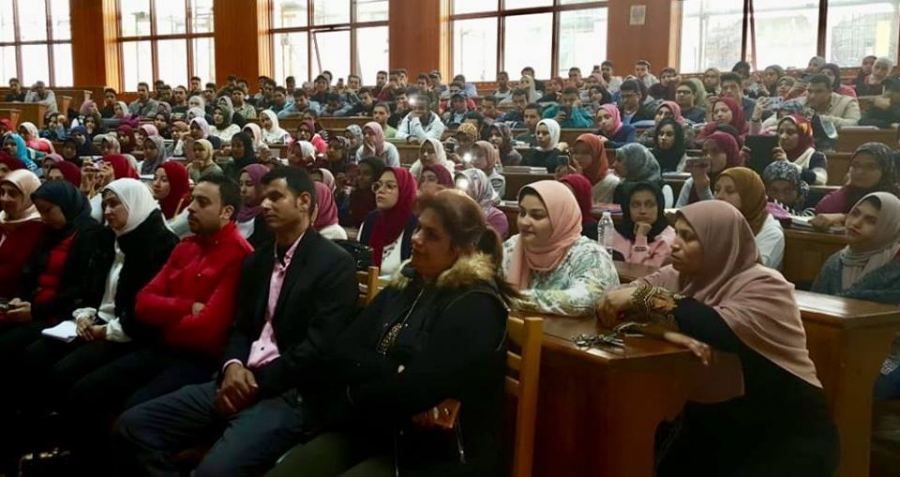 A love of LaLiga is helping Egyptians to learn Spanish

Football is huge in Egypt and there’s a particular interest in Spanish football. Some Spanish fan groups in Cairo, for example, boast over 2,000 members and the supporters in the country celebrate goals from LaLiga sides with as much euphoria as those living on the Iberian Peninsula.

This passion for the sport and for LaLiga is so great that it is being harnessed to teach local students the Spanish language. In collaboration with the Spanish embassy in Egypt, LaLiga has helped promote mobile university workshops, in which football is a central teaching resource. The initial objective was to reach 1,500 students, but this target looks likely be far surpassed as there have already been 750 attendees at the first two seminars, with seven more universities to go.

“Nothing else better represents our country or better transmits our values than football,” said Juan Fuentes, LaLiga’s delegate in Egypt. “Egyptians know as much about our football as anyone. They read Spanish newspapers and know a lot about Spanish culture, not just the headlines.”

The success of this initiative was informed by local reaction to another LaLiga project, LaLiga Cities. “Our local broadcaster beIN SPORTS usually shows an episode of the LaLiga Cities series before each match, where footage of the two teams’ cities is shown,” Fuentes said. “Supporters were incredibly enthusiastic about this. They’re really passionate and want to know everything about Spanish teams, so that’s when it all became clear to me.”

The project began after Fuentes got in touch with Montserrat Momán, Cultural Counselor at the local Spanish embassy. “The embassy has an excellent relationship with the Spanish departments of the Egyptian universities, as they constantly support them, so this project was seen as both useful and workable,” an embassy spokesperson said.

The workshops are now being held in the capital city of Cairo, along the Nile Delta and in the south in Aswan. They consist of a series of four-minute discussions about each LaLiga team and city, with videos and photos used as learning resources. Fuentes deals with the footballing side of things, discussing each club’s titles and famous players, while Momán informs the students, a mix of men and women who are mostly between the ages of 18 and 21, about cultural details.

“Most of the students are learning Spanish in order to open new doors in the world of work,” Fuentes emphasised. “Speaking Spanish fluently is attractive for those who want to go far.” One of the students, Mahmoud Zayyan, backs up this statement. “I have been studying the language since school because it is spoken in over 21 countries and because it is spoken by over 527 million people,” he stated.

For Fuentes, the project is another step in the wider objective to internationalise LaLiga. According to the delegate, the popularity that LaLiga has already achieved can serve as an asset to any visiting tourist. "Talk to any taxi driver about Spanish football and you will gain a friend for life," he said.

Click here to see a Spanish version of this story in El País.