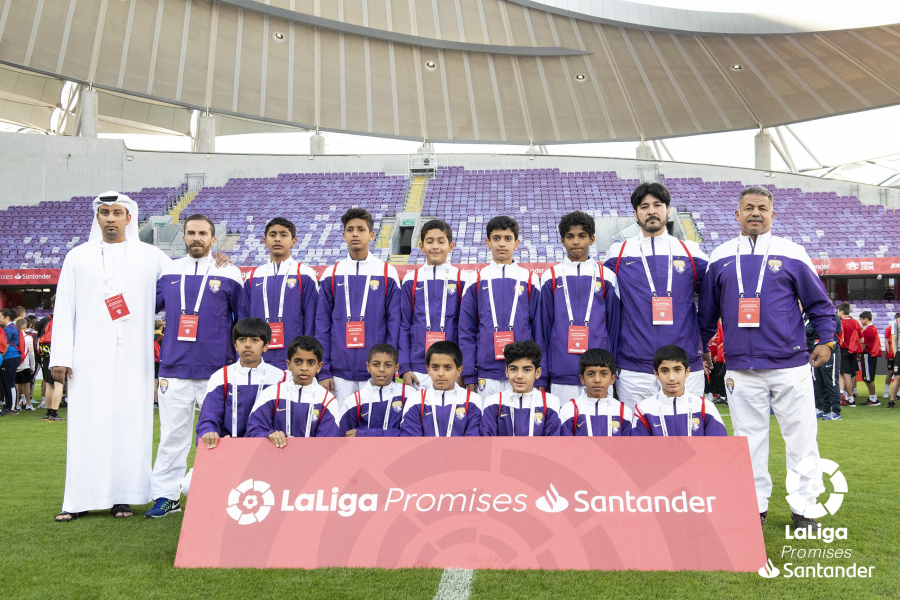 Having opened its Dubai office 5 years ago LaLiga has experienced a major change in its brand perception and following in the Middle East. As of this season, the competition commands more than 15 million followers on social networks from the region while in terms of TV audiences, more than 735 million people across the Middle East and Africa are watching LaLiga.

With these numbers, LaLiga has become one of the most popular sports competitions across the region. This rapid success is the result of a carefully planned strategy that involves building local links in the Middle East and making a commitment to growing football locally, particularly at grassroots level.

Since arriving in the region LaLiga has opened several academies and a high-performance centre that is run by its UEFA PRO licensed coaches, providing training for more than 1,500 young players to date.

“Youngsters across the region are fanatic about football and want to reach the highest levels,” said Maite Ventura, LaLiga’s managing director in MENA. “We quickly realised that academies would help them in this pursuit while showing the brand of LaLiga prominently, increasing awareness and following for our competition.”

Crucially, LaLiga has not carried out this project alone but with close local partnership. Local sports bodies such as the Abu Dhabi Sports Council, the West Asian Football Federation or the Asian Football Development Project work with LaLiga to support the development of local football players which has been essential for the growth of LaLiga in the region.

By signing agreements with local leagues, LaLiga has also committed to sharing best practice that will help local competitions to grow. “We don’t expand to new regions to take over but to collaborate,” Ventura added. “Our goal is to become the second biggest competition in every country after the local league.”

Arrival of LaLiga Promises
To mark its fifth year of progress in youth football in the Middle East, the popular LaLiga Promises tournament was recently held in Abu Dhabi, in partnership with Abu Dhabi Sports Council.

The U-12 tournament has built a reputation for featuring some of the best academy sides in world football and providing a platform for the game’s brightest young talents to be discovered. This was the first time the tournament had visited the Middle East and audiences were boosted through international streaming agreements. Alongside other channel, the tournament appeared to viewers through LaLiga's OTT platform LaLigaSportsTV, as well as YouTube, Facebook Live and Chinese social media platforms Weibo and TouTiao.

At the tournament itself, a prominent stage was offered to the players who had the opportunity to play at Hazza bin Zayed Stadium, one of the biggest football venues in the region and voted as ‘Stadium of the Year’ by Stadium Database in 2014.

Spanish teams representing FC Barcelona, Real Betis, Sevilla, Atlético Madrid, RCD Espanyol de Barcelona, Valencia CF, Villarreal CF and Real Madrid took on other European giants including Juventus, Inter Milan, Paris Saint-Germain, Benfica and Borussia Dortmund. But in addition to this, three local sides were represented in the form of Al Ain, Baniyas and Al Jazira, the first time that this number of UAE teams had the chance to showcase their talents.

“LaLiga Promises is the most prestigious tournament for this age group in the world and staging it here continues LaLiga’s commitment to growing football in UAE,” Ventura added. “Many players that appeared here could be stars of the future.”

“Holding events like this in the Middle East is part of our commitment to grow the love of the football internationally, Ventura concluded. “Being physically present is so important for LaLiga to be closer to its MENA fans. We strongly believe that our strategy has a major impact in the growth of these young football players and the lessons provided, at all levels of our business, are invaluable.”