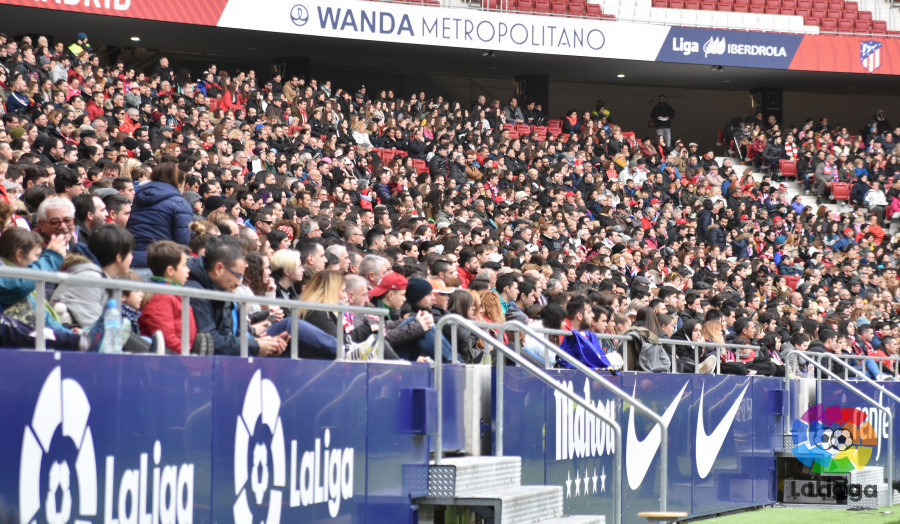 The revolution of Spanish women’s football as seen from within

More than 22,000 fans were in attendance at the Wanda Metropolitano to take in a game between Atletico Madrid Femenino against Madrid CFF and there were 21,500 at Anoeta to watch Real Sociedad-Athletic Club, while Atletico-Barcelona and Betis Feminas also drew big crowds on their debut at the Estadio Benito Villamarin.

Those are some of the impressive attendance figures from the last edition of the Liga Iberdrola, the highest division for the unstoppable phenomenon that is Spanish women’s football.

Many clubs talk about evolution, while others prefer to refer to the rise in the women’s game as revolution.

Be that as it may, thanks to tireless work from many, women’s football in Spain has taken the floor.

Deportivo joined in 2016/17, along with Cadiz and Reus, upon the advice of LaLiga.

“They gave us an initial introduction to discuss and define the project,” Pereiro revealed.

“We had several alternatives on the number of teams which could be created and doubts about which division we would start in.

“But LaLiga, through their women’s football department, helped us solve a lot of those issues and concerns.”

The introduction of Deportivo Feminino has certainly been a big hit in the local community since their inception, as Pereiro explained.

“The board of the directors and the club responded to social demand [in introducing a women’s side],” he said.

“The image of the club has undoubtedly been reinforced and we are clear in our commitment to equality.

“Our two women’s teams have integrated perfectly into the structure and are under the same media conditions as the rest of the club’s teams, asking the players to commit to their work and sports within a demanding environment.”

A season after Deportivo made their presence felt, SD Huesca (who debuted this season in LaLiga Santander’s men’s top flight) introduced their own female set-up.

“The growth in our club is linked to work, effort and merit,” said Azucena Garanto, director of the club’s women’s football section.

“It was a proposal based on introducing a solid project of women’s football to the city of Huesca and developing it with short, medium and long-term objectives.

“Last season, we had one team in the territorial league and another in the youngest division.

“In our second season, we have two senior sides, one juvenile team and another who again compete in the youngest league.

“We work on the basis of nurturing players for the first team, with all players sharing and growing under the same philosophy and methodology.”

Garanto also highlighted the part that LaLiga have played in assisting with the introduction of their female sides and is pleased with the impact that they are having.

“LaLiga has an infrastructure available to clubs in which there is dialogue, organisation and work aimed at strengthening women’s football and continuing its development and impact,” Garanto added.

“The most important thing is the collective spirit among the groups which have been created, for the good of the game and the players.

“We work to create a common identity around a single product and it has resulted in a greater impact and social acceptance.”

In Coruna, the vision is clearly shared that in Spain, the women’s game is undoubtedly on the rise.

“Women’s football is certainly on an upward trend, both in a sporting and audiovisual sense,” Deportivo’s Pereiro stated.

“There are the larger television audiences, involvement from professional clubs, games taking place in larger stadiums, an increase in federation licenses, sporting successes for various national team sides and the introduction of more sponsors.”

Women’s football is conquering new horizons, as evidenced by Atletico Madrid Femenino’s side taking on Colombia’s Atletico Huila in a battle of the champions.

That is something that would have been unthinkable a few years ago when this revolution was still a dream.