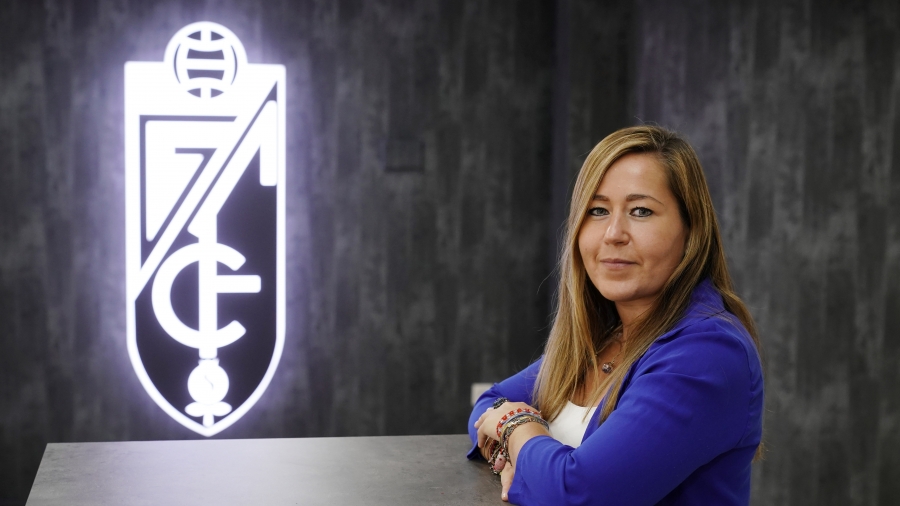 “With Boost LaLiga, we have the obligation to look towards other markets to keep growing”

Granada CF’s general manager Patricia Rodríguez has spoken about how she believes it is essential for the Andalusian club to establish solid foundations to construct a competitive project for the future that is based on professionalism. With this objective in mind, the Nazaríes want to develop and strengthen the aspects that make the club different and their strategy can be articulated through three main themes: training, tourism and innovation. Rodríguez has also highlighted how the Boost LaLiga plan is an unparalleled opportunity for clubs to grow in a more agile, professional and long-term way.

For Rodríguez, digitalisation and internationalisation will also play a decisive role in the growth of the club. As such, China, the Arab world and Latin America are the three strategic markets where Granada CF will focus the club’s international growth strategy.

- You’ve been at Granada CF now for a little over one year. How is this period for the club and what challenges are coming up?

It is a very intense period, full of important challenges and tests that require resilience and adaptability in the face of complex situations.

The main challenge we face is to make the most of the great opportunity we have to establish solid foundations on which to build a competitive project for the future, one based on professionalism and long-term vision.

- Where does Granada CF aspire to go? What is the club's business roadmap?

We want to develop and strengthen our DNA and all that makes us different. To do this, we believe it is important to use the contacts we have within our ecosystem, working together with local agents and basing our strategy on three clear themes: training, given the importance and prestige of the University of Granada; tourism, offering a complete package that brings together the cultural heritage of the Alhambra, Sierra Nevada and Costa Tropical; and innovation, based on various projects taking place here related to research.

- With Granada CF having Chinese capital, how does this influence the club's objectives?

This makes China one of the strategic markets in which we want to develop our brand, as we seek consistent and sustained growth that will allow the club to expand and break into that market.

- Internationally, the club is showing interest in the Arab world, as seen by the launch of a Twitter profile in the Arabic language or the hosting of a Qatar National Sports Day event. Why is this region important for the club? Are there strategic markets where you are established or that you want to reach?

Ever since the launch of the LaLiga Global Network project, I think the clubs have had a great opportunity to develop our international strategies and reach more potential markets and targets, thereby diversifying our revenue streams. With the accelerated investment opportunity we have through Boost LaLiga, I believe that looking towards other markets to keep growing is no longer an opportunity but an obligation.

In our case, we have defined three strategic markets where we want to focus our international growth strategy, with each identified for different reasons. One is China because, as I mentioned before, it is a key market for all LaLiga clubs but particularly for us as the club is Chinese-owned. Another is the Arab market because of the clear cultural links between the province of Granada and the Arab world. Finally, there is the Latin American market because this is where many of the players in our squad originate from, as we have players who feature for their national teams and are, therefore, stars in their countries, while we also have promising youngsters who bring excitement for the future to the fanbase.

- Digitalisation is another key element in the growth of clubs. How is the club working digitally to improve the relationship with supporters and to reach even more fans?

For us, digitalisation is fundamental and we divide it into two areas. On the one hand, there is the purely administrative aspect that allows us to streamline processes, optimise resources, gain efficiency and have greater control for decision-making. On the other hand, it can help generate new lines of business by having greater knowledge of our stakeholders, making ad hoc offers available to them and, as a result, increasing ARPU (Average Revenue Per User).

In financial terms, we could summarise this by saying digitalisation brings about a reduction in costs, due to the digitalisation of administration, and an increase in revenues, due to digital development on the business side.

- When it comes to sponsorship, how do you think this is evolving in the football industry and what is the club achieving in this area?

In the last few years, we’ve seen a major change in sponsorship and the relationships between clubs and their sponsors, who have now become partners who want to work together and be in constant communication to achieve the objectives that both parties set themselves when agreeing such a deal. I think that, before long, we’ll only understand sponsorship deals as having a specific purpose and as being in line with the values of both organisations.

In our case, it’s not a coincidence that Platzi is our main sponsor, as this is a brand with a purpose and one directly related to our strategic plan. Platzi is an organisation dedicated to online training, which has its main market in Latin America and which is looking to expand into other markets. These are all key points for us: training, innovation and links with Latin America.

- How has Granada CF felt about the Boost LaLiga project? What plans does the club have in mind in this sense?

For us, this is an unparalleled opportunity to grow in a more agile, professional and long-term way.

I think it’s essential for us to speed up the deciding and implementing of the various projects because the sooner we activate these plans the faster we’ll see a return on the investment made. To do this, it’s essential that we surround ourselves with talented professionals, that we work to build the necessary trust in our teams and that we implement mechanisms that improve efficiency and that don’t increase excessive control and inefficiency, which destroys motivation.

One of the projects we have already launched is the Qarib project, focused on the links between Granada and Arab culture. The objective with this project is to enhance this connection and establish different forms of collaboration with this market.

- In recent years, the presence of women in the world of football and in managerial positions has increased. Do you think it will continue to grow? What can further improve the number of women in football?

It is true that the presence of women in middle management positions has increased, but I think we still have some way to go to get more women into decision-making positions.

I am convinced that there will be positive evolution and that this will increase the presence of women in the industry, bringing balance in decision making and reflecting the percentage women hold in general society. But, I believe that to achieve this we must focus on developing what is really important and not get lost in small details that often slow down this process.

I believe that the keys are specialised industry training programmes that favour access to positions through meritocracy, the presence of role models who show that women can make it in the industry and increased participation in networking events, in which the presence of women is generally less common.