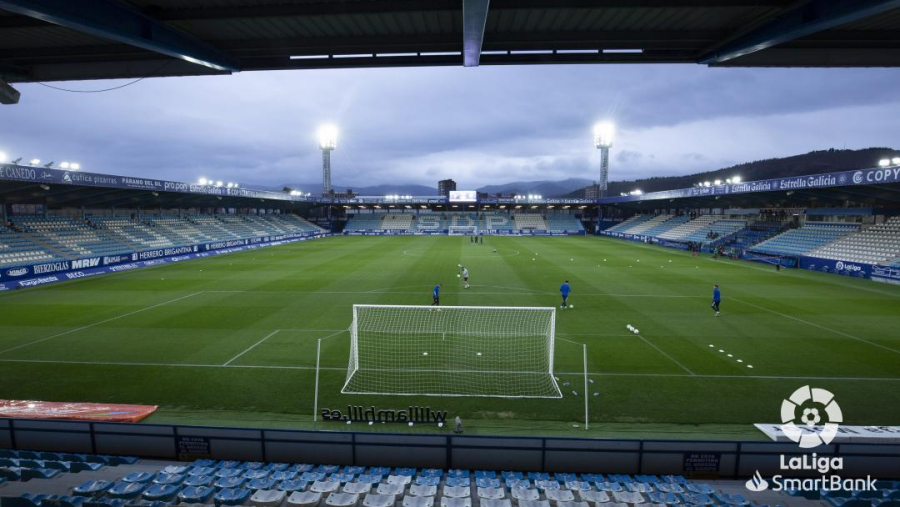 Why SD Ponferradina is investing in stadium reforms

SD Ponferradina is experiencing the most successful period in its history and is determined to use this time to make strategic future investments. As it prepares for its centenary year in 2022, the club from Castille and León has rolled out a new design for its El Toralín stadium which will offer new spaces and experiences for players, fans and commercial partners.

Taking advantage of recent seasons in the second flight of Spanish football, the club is investing in the new infrastructure to provide added levels of comfort across the entire site, promising an improved match day experience for fans as well as updated players’ areas.

“One of the main reasons that has driven us to begin this remodelling is to improve the comfort of our players and those who visit us,” said Eduardo Domínguez, CEO of the club. “Our stadium was built in 2000, when at that time we were in the 3rd division. But as the club has grown to reach LaLiga SmartBank, it is time for the facilities to reflect that.”

New commercial spaces will help recoup the investment
El Toralín has a capacity of 8,400 and since being opened 21 years ago, small updates have been made to improve comfort levels. But while the works will take player and fan comfort to the next level, SD Ponferradina was aware of the opportunity to go further and secure longer-term returns.

“Our initial idea was to simply reform the changing rooms, but that way we were not going to have much return on investment,” Domínguez said. “We decided that, to create wider benefits, it was necessary to create new spaces for partners, VIP areas and new fan experiences.”

In addition to renovating the changing rooms and stadium access doors, the club will remodel its press room and the exterior façade of its grandstand. A series of new VIP spaces will also be created for companies as well as more open spaces for fans.

The works will cost €500,000 which will be paid over two instalments of €250,000, the second of which will be paid in the 2022-23 season. But the club is confident that a large part of those costs will be earned back through new commercial partnerships and fan experiences.

"If we can make all the improvements we want at the level of fan experience and commercial exploitation with companies, we could see a return on investment in 4 to 5 years," said Domínguez. "By creating more open spaces, we will allow fans to enjoy VIP experiences such as being next to the tunnel as the players enter the field of play".

Expanding changing room space
For the players, an immediate benefit will be significantly expanded changing rooms, for both the home and visiting team.

“Our changing rooms currently measure 70m², for a whole team with the coaching staff included,” Domínguez noted. “Our intention is to multiply the area by three, reaching 250m².”

"There will be a complete demolition job, leaving wide and practically open spaces to accommodate the needs of the team,” he continued. “There will be a physiotherapy area, a gym, a jacuzzi and a recovery area with hot and cold baths".

The visiting changing rooms will also be expanded to 150m², offering surroundings that are more typical of clubs in LaLiga SmartBank. “We visit other clubs and we are very comfortable, so when they come here they should have the same experience that we are offered,” Domínguez said.