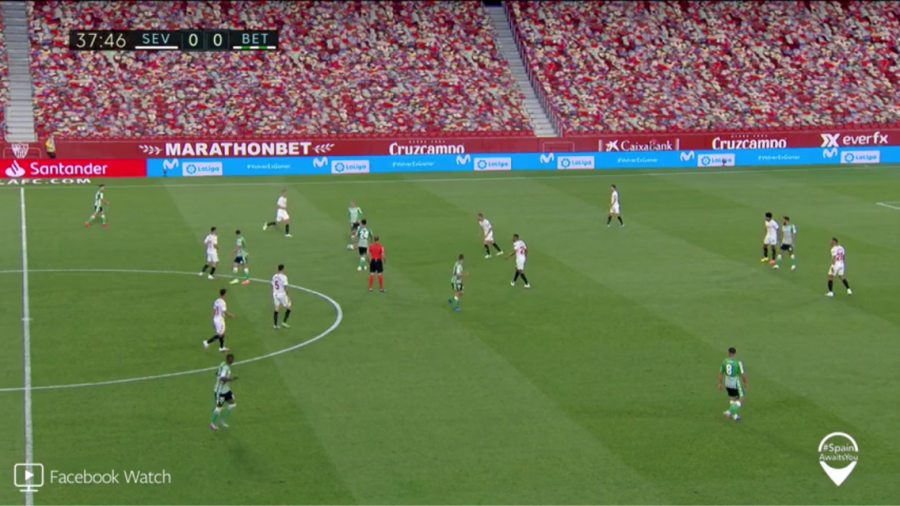 Live LaLiga matches have returned to televisions around the world looking and sounding different than they did before the league was postponed. While games are being played without fans in the stadiums, the league has produced unique innovations to help recreate the traditional match-viewing experience as closely as possible, while continuing to provide the best entertainment for the fans.

The innovations have been implemented in two main areas: virtualisation of stands and fan audio as well as new camera positions that offer new images to viewers. Both are being carried out with the help of partners and implemented by Mediapro, the official production partner of LaLiga.

“We have made these broadcasting changes so fans can enjoy LaLiga,” said LaLiga President Javier Tebas. “We work with global partners to offer a great viewer experience. We are in an exceptional situation, but for us it has been important to be able to adapt and offer a compelling, cutting-edge broadcast to our fans.”

Virtualised stands – an industry first
The biggest development is the virtualised broadcasting that LaLiga is providing to international broadcast partners, which allows matches to be seen in an attractive way that closely resembles how they looked and sounded before the competition was postponed.

For these broadcasts, the stands have been virtualised to resemble crowds of fans wearing the colours of the home club. To develop this digital experience, LaLiga collaborated with Norwegian company VIZRT to create a unique experience for LaLiga viewers. It is the first time that fan recreation technology has been used for live sports events.

“We received many interesting proposals to create virtualised stands, including from Hollywood” said Melcior Soler, director of LaLiga’s audiovisual department. “This solution was the most reliable and provides the best entertainment experience for the viewers, which is our singular aim.”

In moments when the game is stopped, this image of fans can also be transformed into a canvas that matches the colour of the home team and will carry institutional messages.

Enhanced fan audio
The virtualised broadcast also features virtual sound, which has been created through collaboration with LaLiga partner EA in a project called Sounds of the Stands. Through this, the audio library of LaLiga, which was recorded in real stadiums, has been digitally adapted with EA’s help so that it can be implemented in real time during the match.

Different sounds will be used to follow the flow of the game as certain situations occur, such as a goal or a foul, creating what is known as Atmospheric Audio.

Cameras: New angles to bring action closer to fans
The match itself can also be seen differently due to new camera positions.

Some cameras have shifted their location to positions where they would previously have affected the sightline of fans in the stands. The aerial camera has also modified its flight path to offer new shots, the bench camera has been moved to the opposite stand, while robotic cameras are being used in the tunnel for reasons of health and safety.

All these changes, which will be maintained as long as matches have to be played behind closed doors, continue LaLiga's commitment to bring fans at home the best experience.