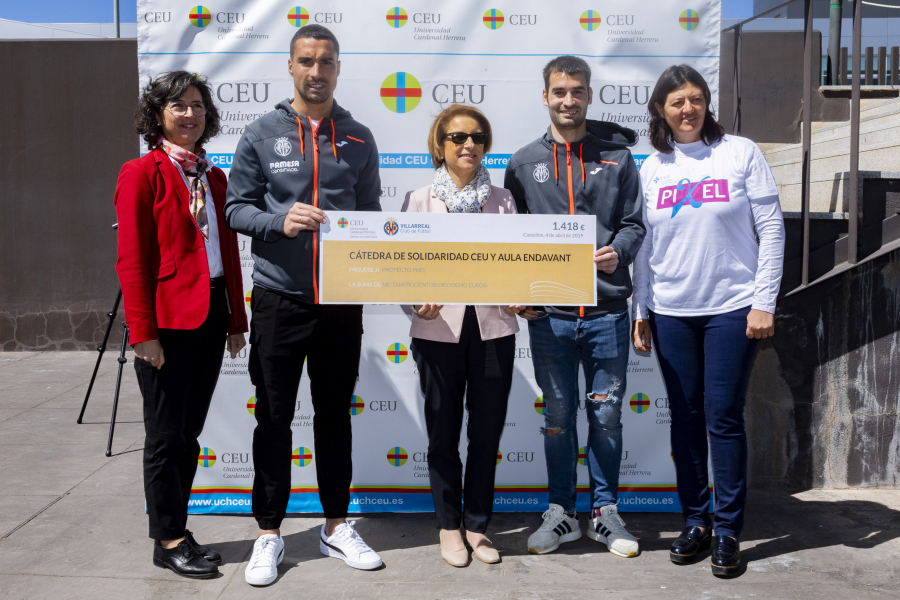 Villarreal CF is a club that promotes both new innovation and caring for its local community, two elements that have recently come together in a new partnership aimed at improving quality of life for people with special needs.

Alongside the CEU Cardenal Herrera University in Castellón, the LaLiga Santander club recently supported the first edition of the Píxel Awards. Part of the Píxel Project, the idea is to bring charity and science together and award financial prizes to the best inventions on show.

The Píxel Project was born from the desire to place the patient at the centre of medical support, rather than the disease. One of the key objectives of this initiative is for the CEU Cardenal Herrera University’s medical professionals of the future to understand the importance of holistic care, listening to the patients themselves as well as treating their symptoms.

Training placements, voluntary work and research opportunities
Various patient associations from the province of Castellón have taken part in the project, allowing many students from the area to carry out medical and nursing placements and develop their expertise. Since 2018, the work of these associations has been celebrated through Píxel Health Days, which allow for various associations to give visibility to their patients and to educate students about the realities associated with different conditions.

As well as supporting healthcare initiatives, Villarreal CF is determined to back academic learning. The club has a long-standing collaboration with the CEU Cardenal Herrera University through the Endavant Formació project, through which it can channel the club’s commitment to promoting sport among students at the same time as supporting better learning and promoting knowledge sharing and innovation.

“The objective is based on the new landscape of the health system, which is focused on the patient as well as the disease,” Masó added. “To promote this idea, the university aims to educate students by bringing them closer to the daily reality experienced by those in the patient associations of the Castellón province.”

Supporting new healthcare innovations
To raise money for these associations and support its events, Villarreal provides the university with tickets for home matches at the Estadio de la Cerámica. The university could then sell these tickets to students and academic staff for a special price, with the money received this year going towards the Píxel Project.

The new awards formed part of the Píxel Health Days, with prizes are given to four of the associations that take part and provide the best solutions in relation to: adaptation, research, accessibility and improving overall quality of life.

Some of this year’s proposals were focused on adapting to the ‘new normal’ following the COVID-19 pandemic. The Castellón Asperger's Association, for example, was awarded for its proposal to digitise its health centre.  Other winners included the Castellón Multiple Sclerosis Association, which will invest in virtual reality glasses to help explain the condition.

“The associations are grateful to have this financial boost which helps them improve their centres and services,” Masó noted.

Ongoing partnership
This year’s event continues a strong collaboration that is growing between the two entities. Last year, for example, funds from match tickets sold by the university allowed for a group to participate in UniRaid, a Moroccan rally for charitable causes. After seven days of driving across Morocco’s interior, the CEU-Villarreal team achieved its objective of handing out 90 kilograms of charitable and schooling material to villages in the Erg Chebbi desert.

The club also makes its facilities available to students at the CEU Cardenal Herrera University whose degrees are focussed on healthcare, allowing them to further their training within the club itself via an internship programme.

“There is a good relationship between the club and the university,” Masó concluded. “We are in continuous collaboration.”