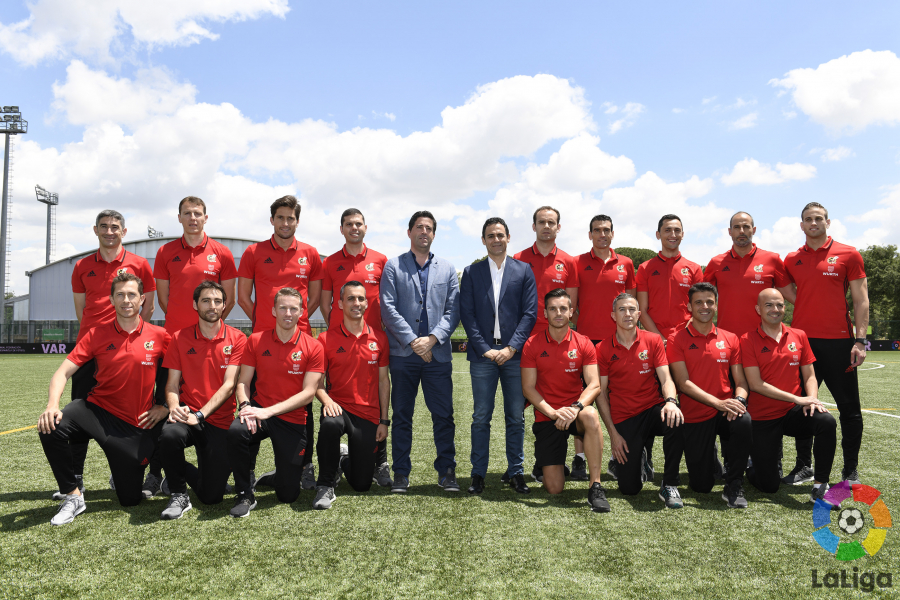 VAR off to a successful start in LaLiga

The Spanish Football Federation and LaLiga have put together a strategic plan for the introduction of the Video Assistant Referee in LaLiga Santander, which is already paying dividends in its inaugural campaign in Spain.

It is a strategy that is the result of lengthy communication and training down to the smallest detail to ensure that all who are involved in the best league in the world (players, referees, clubs, media, fans) enjoy the smoothest introduction to the new system.

“The success of VAR has been evident, although we must remain observant,” said Carlos Velasco, president of the Technical Committee of Referees.

“The start has been very good but the league is long and we still have work to do to improve.”

Across the first 29 games that were played (Rayo Vallecano-Athletic Club was postponed), VAR performed a total of 364 checks, 354 of which were silent.

That is, only 10 cases from the 364 were subsequently reviewed: seven relating to goals, two in order to determine whether penalties should have been awarded and one case of mistaken identity.

Of the seven involving goals, five were related to an offside, one was for a foul in the build-up and the other to judge whether a a ball crossed the line.

With the data from the first three match weeks of LaLiga Santander to hand, it is noted that VAR only intervenes once for every three games (10 in 29 games) and only 2.8 percent of the total number of plays which are checked actually go to review (10 out of 364).

All of this is evidence of the very positive introduction of VAR in LaLiga Santander.

“I want to thank the players and coaches for their behaviour and attitude at the start of the season, as well as the media for their treatment [of the system] and their informative work,” Velasco continued.

He also reserved words of appreciation to clubs and fans for their contributions to the successful start of the project.

LaLiga and the RFEF took care to carry out rigorous preparations in several phases to ensure that there was such a seamless transition.

In August, the main media communications companies covering LaLiga were given a first-hand tour of Spain’s VAR operations centre, which Velasco praised as ‘one of the best facilities in the world’.

Journalists visited the eight rooms which are used for analysis, as well as the so-called VOR (Video Operations Room) in which the main referees and their assistants review all of the plays from each game and interact with the referee on the field of play.

At the end of May, a day was organised in which 17 LaLiga referees took to the floor in front of more than 70 reporters and 15 television cameras to give their feelings on the adaptation of VAR.

The man in charge of the implementation of the VAR project in Spain, Carlos Clos Gomez, believes that given how little it has been used so far is also evidence of the fine job that officials continue to do on the field.

“The protocol clearly lays out the plays which must be checked: goals, penalties, straight red cards and mistaken identity,” he said.

“The vast majority of them in LaLiga end up being simply a silent check for the referee and the figures show that we have great referees.”