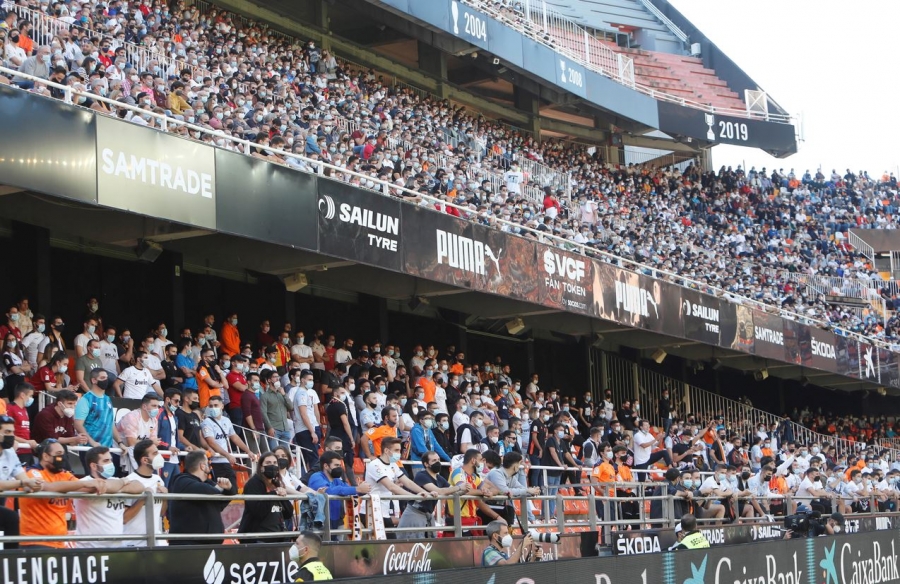 Boost LaLiga, the agreement signed by the clubs of LaLiga and the investment fund CVC, has made it possible for various investment projects to be carried out, with the clubs involved able to take significant steps forward in terms of infrastructure, human capital, digitalisation and internationalisation, among other areas. Proof of this can be seen with the new stadium that Valencia CF is looking to invest in, with the new venue to boast better features and capacity than the team’s current ground.

For LaLiga, the construction of this new stadium represents a further step in the development of the club, both nationally and internationally. In the words of LaLiga president Javier Tebas: "We are convinced that the new stadium is a great initiative for Valencia CF, which will give it greater visibility at the national and international level. We know that they have presented a very comprehensive project to the local and regional institutions, one which has the approval of LaLiga's technical team. That is why we are confident that all those involved – the institutions, the media and the Valencian society in general – will push for the completion of this stadium that is so necessary for the club and that will be beneficial for all.”

Valencia CF’s new stadium could be ready by 2024

The various projects that the clubs have proposed as part of Boost LaLiga are set to come to fruition imminently, which is going to contribute to the modernisation of the industry. As Tebas added: “After signing the agreement with CVC, we already have part of this economic injection. That is why, in the case of Valencia CF, as soon as the administrations grant them the relevant permits, they’ll be able to count on the liquidity from Boost LaLiga. This will allow them to start the construction work in the final quarter of 2022 and to finish in 2024.”

The LaLiga president continued: “Proposals such as this new stadium – which are serious, financially sustainable and will have a positive impact on the city, the region and its citizens – demonstrate the success of Boost LaLiga and its ability to contribute to progress. Therefore, we at LaLiga hope that the club obtains the necessary permits as soon as possible and can start the construction work.”

The new stadium that Valencia CF is planning will have more services and capacity than the current ground of Mestalla. This is an investment the club has been planning for a long time and which now only requires the necessary permits to be finalised for it to become a reality.

Just like with this investment project at Valencia CF, many of the other initiatives proposed by the clubs and SADs of LaLiga are starting to see the light of day across Spain. Boost LaLiga is enabling clubs to increase their capacities and transform their management models, resulting in a much more attractive competition.