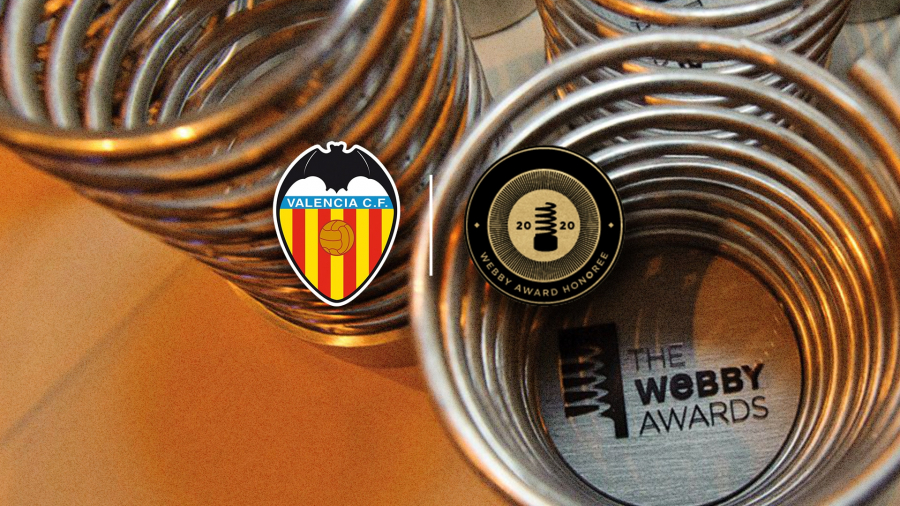 Valencia CF continues its digital transformation: A strategy for integrating, improving and modernising the club

The club’s line of thinking involves understanding that the behaviour of society and, by extension, the behaviour of fans has changed in recent years. As consumption methods have changed and evolved, a change is therefore necessary in all organisations and industries, football included.
Thanks to the modification of processes within Valencia CF, the club now has a more agile and flexible approach which has modernised its operations.

Its digital transformation revolves around strengthening the relationship with fans and commercial partners, making it more direct and based on the right tools and data. This makes it possible to offer an improved experience, service and entertainment offering together with offering value for the club's partners and its own departments.

"The key lies in the fact that we had to make a decision and we made it," remarks Matsuyama regarding the moment of change at the club.

The process has involved digitalising the points of contact with the fans, progressively from the most basic to the most complex, from content through to online sales.

By studying the data and creating a new business intelligence and fan service team, it was possible to provide valuable information to the different departments to improve their processes and services, from sales and marketing through to security and operations.

As this has progressed, achievements in these areas progressively increase the appetite of other departments to take the plunge into service digitalisation. "The most satisfying thing for me during this time is that almost everyone has been converted to digital,” Matsuyama said. “There were those who questioned these projects, I remember some saying it wouldn't work. Now the majority of departments have adopted it fully or are in the process of adopting the new practices.”

A top down strategy
The club president, Anil Murthy, was the one who decided to change the club’s digital approach and appointed Matsuyama to lead the project, with the objective of establishing a team to execute and implement digital improvements as quickly as possible.

To do so, key points had to be tackled including IT modernisation, agile working methods, setting up a content production business unit (named VCF Media) and a new focus on data analytics, particularly fan data.

Matsuyama added: “Many people could no longer do their jobs without this transformation that we're carrying out, led from the top down and defining new processes and roles in all of the departments."

Moving into e-commerce, powered by content
In 2019, Valencia entered a new stage of its digital transformation by bringing its e-commerce management in-house. As a result, it achieved increased revenues and gained a more complete snapshot of fan preferences. "E-commerce has already met its target for the first year," noted Matsuyama.

Success from these initiatives comes from a content delivery and communications platform that provides regular, structured content and analyses it for ongoing improvement. This is powered by VCF MEDIA, a business unit which was established to take charge of sales activations through digital content, an increasingly prized asset and a key one for partners.

The club’s mobile app is one of the focal points of this initiative, giving fans "everything the club offers in their pocket" including news, television, radio, social media and the ability to buy tickets. One result has been the significant growth in ticket sales for the club, with around 70% of tickets for LaLiga matches now sold through the club's digital channels.

In addition, the club has become one of the first to trial technology for making food orders directly from a seat in the stadium. Through 'VCF Seat Delivery', fans attending Mestalla in the future can order food, beverages and merchandise directly from the stadium bars.

The club attributes this success to the specialist team that is behind VCF MEDIA and its ability to provide content design, production and publication as well as operating the digital platforms. This allows the marketing, sales and communications teams to achieve their strategic objectives.

"We wanted to recruit specialists, because this is not a future reality, it is the current reality," Matsuyama explained.

Awarded for global excellence
One of the indicators of Valencia CF’s success comes in the form of industry awards. The club website (www.valenciacf.com), the external face of the digital transformation, was recently honoured by the prestigious Webby Awards in the 'Sports Website' category.

The award recognised the club’s commitment to technology and design in its digital transformation, in conjunction with the international company 7egend, with which it developed many of the platforms and services that it offers. The entire ecosystem was constructed in less than two seasons.

The Webby Awards recognise excellence on the internet and are presented annually by the International Academy of Digital Arts and Sciences (IADAS), with a judging body composed of over 2,000 industry and technology innovation experts. Considered the "internet's highest honour" by The New York Times, this year's edition received almost 13,000 applications from the United States and 70 other countries around the world.

"This is a very important honourable mention from a very prestigious organisation", Matsuyama said. "It was achieved thanks to everything we did beforehand coming to fruition."

Extending the benefits across LaLiga
Looking ahead to new innovations, Matsuyama assures that future decisions will be made easier thanks to the structures that have been put in place.

"Centuries don’t change with a calendar date, rather they are caused by generational or paradigm changes, which is the case right now," Matsuyama said. "The internal culture of the club has changed and digital is no longer a separate function, instead it forms part of the processes in all commercial matters. Marketing and sales now work directly with VCF Media to offer value to our stakeholders."

Today, everyone at Valencia CF club works in unison to publish content and assess its impact. "The most important thing is that we're continually measuring and learning to get to know our fans better and serve them better," Matsuyama continued.

Many other LaLiga clubs are heading in the same direction and Matsuyama encouraged those which have not undertaken a deep-seated digital transformation to do so. "Those who are in the process are reaching fans more and more at the local and global level and will continue transforming at a rapid pace," he added.

"Digital transformation is not an independent function or strategy, it's a way of administering an organisation and driving the business forward,” he concluded. “It's a key factor for any sales strategy in order to make it work in the world of today and tomorrow."