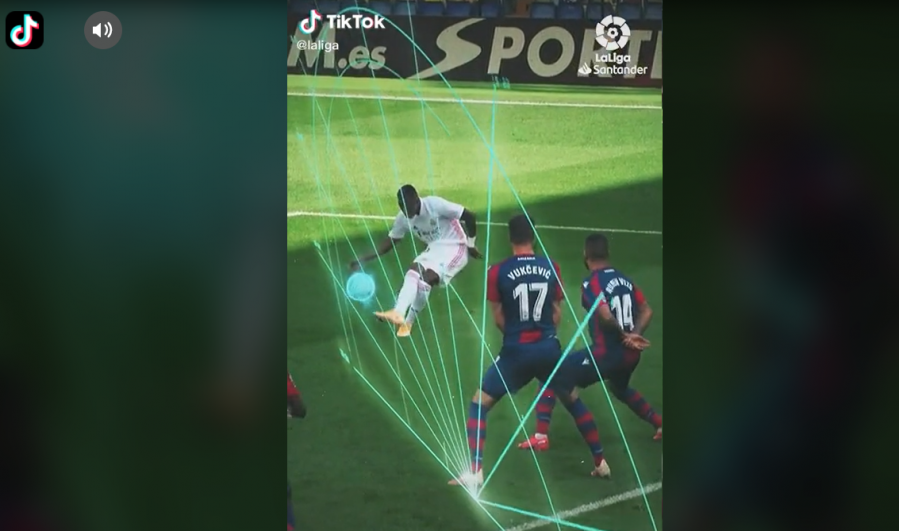 "A LaLiga game does not only last 90 minutes," stated, Alfredo Bermejo, director of digital strategy at LaLiga, neatly summarising a principle that is driving the growth of the competition today, especially among younger audiences.

Today, the content related to the clubs of LaLiga Santander and LaLiga SmartBank and everything that surrounds them, from training sessions to the way players are dressed, creates a constant flow of information on social networks and standing out is vital. For the emerging young audience, Generation Z, TikTok is the global platform of choice.

"TikTok has grown exponentially and its trends evolve at a dizzying rate," Bermejo continued.

Amid this growth surge, LaLiga has managed to carve out a noteworthy presence. The competition has achieved 1.9 million followers in a year and a half of activity, having created campaigns that have entertained global audiences and increased the profile of football on the platform.

"We have created two of the biggest and most successful challenges in the history of TikTok," explained Bermejo. "Every week there are new trends that we pay attention to in order to remain an active part of the community."

Soraya Castellanos Hidalgo, partnerships manager of TikTok in Spain, confirmed the recipe for success on the platform. "Our mission is to inspire and offer our community a space for creative expression and a fun and positive experience with an enormous diversity of content," she said. For this reason, TikTok partners such as LaLiga, are asked to "adapt to the format and the positive and fun tone of the platform, embracing the authenticity and creativity of the community."

Creating a global impact
LaLiga’s audience has become truly global in recent years which is demonstrated by the rapid rise of its TikTok presence. The two most followed clubs on the platform are FC Barcelona and Real Madrid, while data shows that 25 million people participated in the latest challenges that LaLiga created.

Among these were global personalities such as the actress Eva Longoria and the singer Anastasia.

The demographic of this audience is notably young, with most followers born in the late 90s, fitting the Generation Z demographic. "Our followers are young people from all over the world, people who want to discover content that they will not find anywhere else," explained Bermejo.

"Everything we post is specially designed for this audience with the aim of entertaining them and creating engagement. We want them to know that following LaLiga on TikTok is to consume content from the best league in the world."

In line with the expectations of TikTok users, LaLiga content makes heavy use of music, interactive challenges and uses an informal, engaging tone. "TikTok has allowed us to get closer to Generation Z and thus understand the tastes and preferences that these fans have today,” Bermejo continued. “This also helps us to analyse what the fan of the future will be like."

Adapting to the new communications code
As Bermejo explained, one of the keys to understanding the Generation Z audience is understanding that their first contact with football "is likely not a 90-minute televised match, but a video with highlights and music on TikTok, or with images of player challenges during training."

For this reason, LaLiga content on the platform does not only revolve around matches. In recent challenges, posted with the hashtag #ViveLaLiga, the competition encouraged its followers to replicate the goal celebrations of different players, while viral challenges were created that allowed players to score goals and compete with friends.

The response to these initiatives has been explosive. The latest #ViveLaLiga campaigns, Bermejo revealed, earned more than 63 million views and trended in 21 countries.

In addition to raising the profile of the competition among this key demographic, these challenges, which featured the official ball of the competition, also offer an added value to LaLiga’s global partners such as PUMA and Santander.

While the content on the platform mainly consists of vertical video, 15 seconds in length, the commercial implications of the TikTok platform could be transformative.

"More than anything, it’s clear that the excitement around football continues long after the final whistle," Bermejo concluded.

A Spanish version of this article is available here.