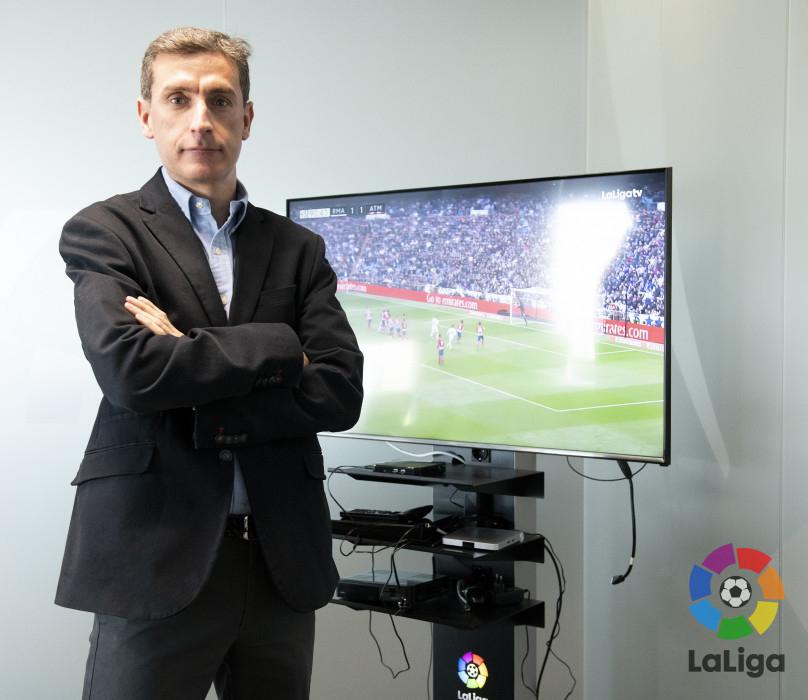 A core group of 14 people, who work closely with the Communication, Audiovisual and Legal departments, now make up the anti-piracy team of LaLiga.

It is a group which has grown along with the challenges that the volatile environment in today’s world provides them with, meaning demands are always high and never ending.

“You always have to be alert from Monday to Sunday, 24 hours a day, seven days a week,” revealed Emilio Fernandez, who heads up this vital department who aim to protect the main source of income for clubs: audiovisual rights.

The fight against piracy arose as a result of Royal Decree Law 4/2015 on April 30, whereby LaLiga are in charge of marketing the rights to exploit the audio-visual content.

“President Javier Tebas has commissioned us to study the different sources of piracy which exist in the world and to create a technological tool to combat this piracy, which aims to hurt our product and devalue it,” Fernandez explained.

This is how the Marauder system was born.

Developed by cybersecurity experts at LaLiga, Marauder is a ‘web spider’ that scrutinises networks 24/7 and allows for operating in a rather more flexible manner.

“Reports are made both in live games and in summaries throughout the week,” said Fernandez.

“It was very difficult at the beginning but today, we have agreements with practically all of the social networking technology companies as well as Google.

“We have managed to get them involved in our aims and this is something remarkable, which can be seen from the results.”

The achievements of the anti-piracy team speak for themselves.

In the period of September to April last season, more than 220,000 videos were deleted of the the 224,175 that were reported and thousands of profiles were closed down on Facebook, Twitter and Instagram.

Accounts have been closed for over one a half million users of pirated websites in Spain in the last two years, which is also very positive news for a group that always has to be on guard.

That’s why, following Marauder, the Lumiere programme was developed, a tool which detects where the servers are located which host the fraudulent pages, providing evidence that is then sent to the legal department to take the necessary follow-up measures.

The last big challenge that faces the anti-piracy team is facing are the IPTV lines, the pirate decoders and illegal boxes.

During the final months of the 2017/18 season, 1,307 servers dedicated to IPTV broadcasts were identified and analysed, whose platforms include more than 56,400 channels.

In that period, 15 platforms which were transmitting 3,847 illegal streams were eliminated and two other important applications were permanently deactivated, vital in combating this form of illicit activity.

“As part of those, in addition to watching football, you can see all of Movistar+ and other channels from around the world by paying a monthly fee of 10 euros,” Fernandez, taking a brief respite from the team which never rests, explained.

“That does great damage to the value of LaLiga’s audiovisual rights and those of the clubs.”