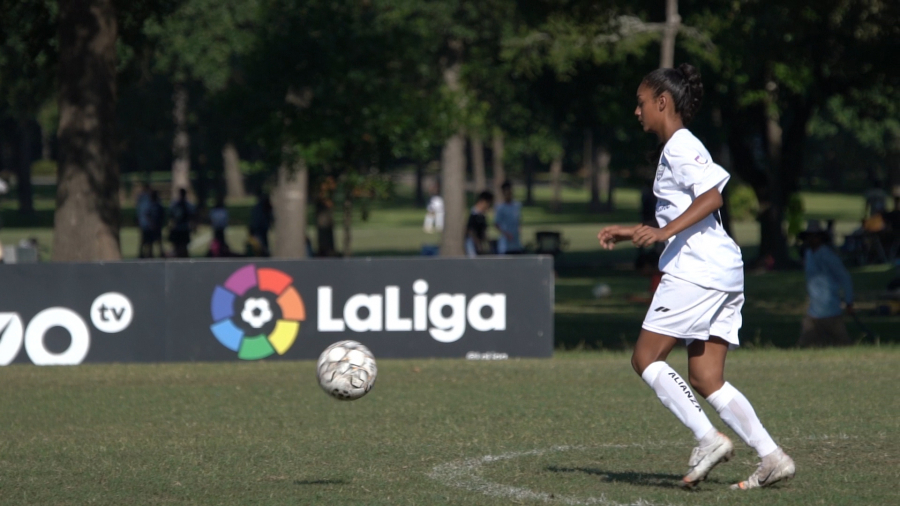 One of LaLiga’s overarching objectives is to support the overall growth of football at a local and global level, an initiative that the league has been working on since beginning its internationalisation process in 2016.

In order to achieve this goal, LaLiga has been establishing strategic partnerships around the world and exporting the LaLiga coaching methodology, ensuring youngsters on all continents are able to benefit from the world-class instruction that has made Spanish football so admired globally.

So far, more than 300 projects in more than 30 countries have been carried out. By sending out 645 coaches with the goal of promoting a love of the beautiful game, LaLiga has been able to reach over 166,000 youngsters and over 15,400 coaches, showing them how to combine a passion for football with sporting values.

Collaborations have been struck with local organisations on all continents, including with schools, academies, scouting initiatives, social sporting projects and training programmes for coaches and directors.

One of the most recent collaborations saw LaLiga partner up with PUMA, which was launching its PUMA ONE and PUMA FUTURE footwear in Guadalajara, Mexico. At the Estadio Akron, a group of 24 young players received top-class coaching at a football clinic from two official LaLiga coaches who were using the Spanish methodology, while Chivas players Raul Gudiño, Miguel Ponce, Eduardo López and Antonio Briseño were also in attendance.

“The sports projects department at LaLiga is in charge of carrying out these types of training and development projects, which help to develop society through football,” explained Nuño Pérez-Pla de Alvear, the Managing Director of LaLiga’s Mexico office. “From our LaLiga office in Mexico, we want to keep implementing and promoting our league’s methodology in the country. We want to run more projects to help more people perfect their skills and to help more people better themselves through football.”

Partnering with local leagues
To support the growth of such projects, LaLiga has signed memorandums of understanding with local leagues and federations around the world to help share best practice and learn from other competitions. Since beginning its international growth initiatives, 32 such partnerships have been established which have led to a series of joint workshops.

For example, LaLiga recently invited a delegation to Madrid from Major League Soccer to share expertise on topics such as audiovisual guidelines, competition structure, fixture scheduling, groundskeeping and officiating.

These kinds of joint projects are increasing rapidly as LaLiga seeks to help the wider development of football. It is heavily active in countries as large as India, China and the USA as well as in smaller nations such as Tanzania, Morocco or Peru, with investment levels growing.

As Óscar Mayo, the league’s international development director, explained: “Our objective is to support local leagues and competitions, while establishing LaLiga as the most-followed international competition. We believe that this can be achieved by launching LaLiga initiatives that promote a love of the game. By increasing the number of people who grow up enjoying football, the long-term benefits for LaLiga and the entire industry are significant.”