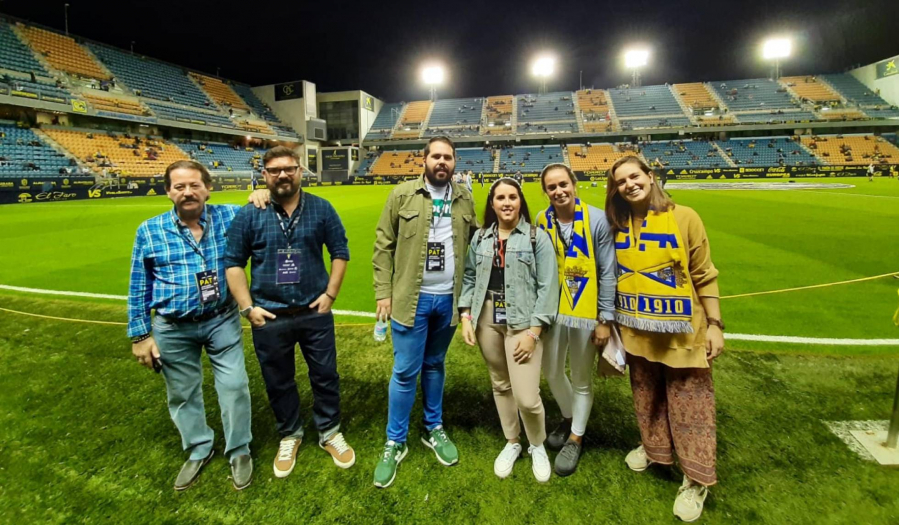 More and more football fans are looking for their matchday experience to be more than just the 90 minutes of the game. With this in mind, LaLiga clubs are working to develop new entertainment concepts which place fans at the centre. Whether it’s being alongside the players in the tunnel before they walk out onto the pitch, travelling with the team to a game or holding a stadium tour on the day of a fixture, there are a growing number of new experiences available.

LaLiga has been working to evolve the fan experience and ticketing strategies on offer by collaborating with the global sports consulting firm G2 Strategic. Through meetings with club executives and workshops, this collaboration is helping clubs to boost attendances by offering different experiences that attract new match-goers and deepen ties with existing fans.

The various premium spaces at RCD Mallorca
When RCD Mallorca slipped down to the Segunda B, Spanish football’s third tier, the island club had to experiment and come up with some fresh ideas. At that time, a North American ownership group had arrived which sought to improve the business side of the club and expand the fanbase.

Now the club is back in LaLiga Santander, the institution has an outlook that aims to mix spectacle and entertainment. There has been a keen focus on offering premium spaces, such as the Tunnel Experience. This initiative allows a group of around 10 to 20 people to be in the tunnel as the players leave the dressing room and set out to the pitch for a match. This isn’t the only exclusive experience the club offers, as it has also been working on creating other VIP spaces to watch the game, such as the pitch-side space VIP Corner, the PayPal presidential lounge, a new area by the press room, or the small VIP stand just behind the goal on the south side of the ground.

Tours on a matchday
In Asturias, Real Sporting de Gijón and Real Oviedo are successfully attracting fans by selling special tickets that allow their followers to access the pitch before a match. They can also visit other stadium facilities during their visit, such as the press room or the club museum.

“The response has been very positive and there have been people who have bought this experience more than once,” revealed Tania Sánchez, the Marketing Director at Real Sporting de Gijón. “The experience brings the club closer to its fans and shows what happens on a matchday, the scale of which might surprise you.”

Travelling with the Getafe CF first team
Supporters usually must wait until the players arrive at the stadium to catch a glimpse of the stars, but at Getafe CF a new initiative makes it possible to travel with the Madrid-based team to games.

“We have six spots for fans, so that they can feel like a part of the team,” the club’s marketing director Alberto Heras stated. “We tend to offer this for matches where we stay overnight on away trips.”

Valencia CF and the club’s useful updates
At Valencia CF, one simple way in which the club is improving the fan experience is by offering useful information to both home and away fans. Through its social media channels, the club provides updates on the weather forecast, on transport for reaching the stadium, on ticket office opening hours and on other places of interest in the city. In doing so, fans are given the maximum opportunity to enjoy the city and nearby facilities before and after the game.

The 360 Experience at Cádiz CF
As well as allowing fans to tour the stadium and witness the inner workings of the club on a matchday, Cádiz CF has an extra offer than incorporates the local culture and gastronomy of Andalusia. Called the 360 Experience, this gives clients the chance to see the main areas of interest in the city. They are taken to bars and restaurants to enjoy typical local dishes such as shrimp tortilla or fried fish, an experience that the club’s marketing team believe will help make the visit more memorable.