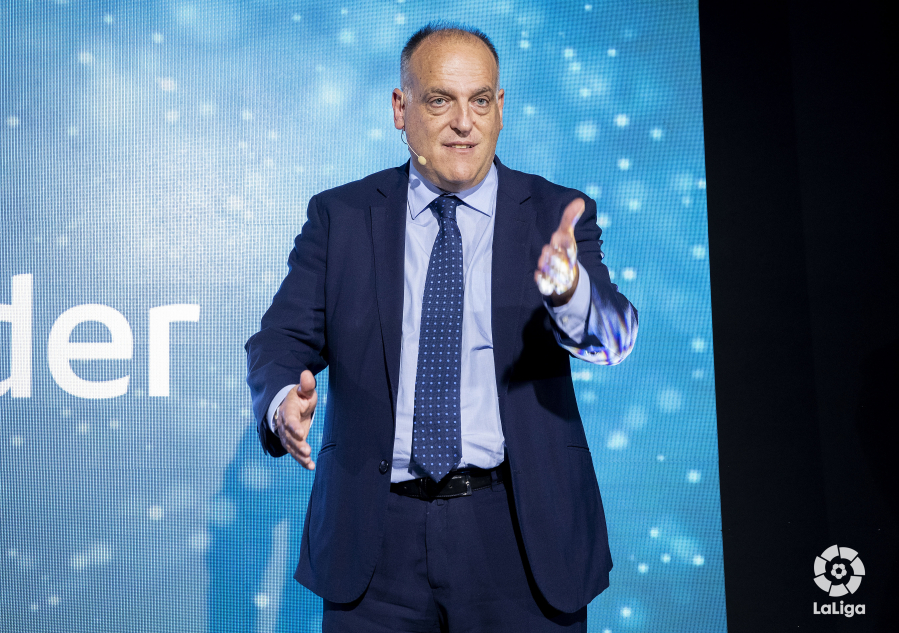 LaLiga sets a strategy to grow the league’s brand and for its clubs to become better known around the world.

Internationalisation is one of the key objectives for LaLiga. Javier Tebas, LaLiga president, stopped by the ‘Banquillo de LaLiga’ to discuss the league’s strategy to be more attractive globally. Up for discussion were the match in Miami, the importance of the North American market, successful local leagues being key to the success of LaLiga and the reasons for international growth in the first place.

Javier Tebas, the president of the league, has explained in an interview on 'Global Fútbol', LaLiga International Newsletter.

What are the ambitions of LaLiga?
"The ambition of LaLiga is to convert ourselves into a leisure and entertainment industry that is the best in the world."

How can a LaLiga game in US help MLS?
"If the MLS or other American leagues get in the slipstream of this then they’ll have a great chance to make their competitions a lot bigger."

Why the United States?
On August 16, 2018, LaLiga and Relevent Sports announced a joint partnership to promote football in North America, an agreement which includes plans for top-flight matches to be held across the Atlantic. Since the announcement, negotiations have progressed and there are plans for Girona and Barcelona to contest their 21st round match of the 2018/19 season in Miami in January. "This is the second largest country in terms of broadcast views after Spain. The United States is a very mature market in a sporting sense".

As for the choice of country, Tebas pointed out that the North American market is already an advanced one in a sporting and broadcasting sense, and that the Unites States is currently the league’s second top region for television viewership outside of Spain. “We believe that LaLiga needs to grow more in the United States because there is a big enough market for all to grow,” the president stated.

Having realised the need to promote the league abroad and having settled on the USA as a target market, LaLiga decided to partner with Relevent after significant research and long negotiations. Relevent, Tebas pointed out, have experience with football and, specifically, with football in North America, given that they have been behind the pre-season International Champions Cup tournament, one which the heavyweights of European football participate in.

Why Girona FC and FC Barcelona?
It is because of these links Relevent have with top European teams than Barcelona and Girona were selected as the first two travelling clubs. Relevent have a direct relationship with Barcelona and approached them about the possibility of playing a competitive fixture in North America, while they have an indirect relationship with Girona, through Manchester City, the English club whose ownership group is also involved with the outfit from northern Catalonia.