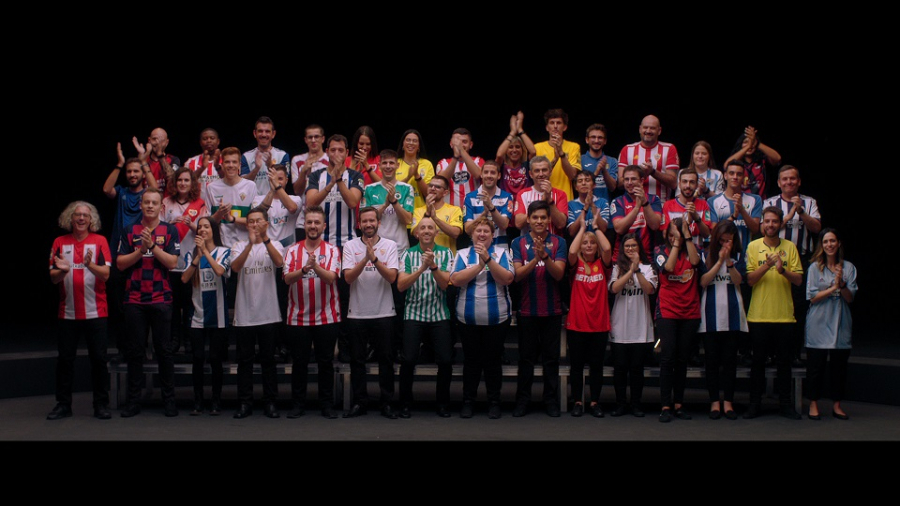 The making of LaLiga’s new soundtrack

Over a year ago, LaLiga began the process of creating its own sound identity. The idea was to represent LaLiga’s values, along with the emotions that are generated from a football match, in a way that could be accessed and understood by sports fans all over the world.

With the help of international artist Lucas Vidal, the venture was completed after visiting three international cities and with the support of 130 musicians, thousands of pregnant mothers and fans representing every club of LaLiga Santander and LaLiga SmartBank.

A new documentary, which made its debut this month through Spanish broadcaster Movistar as well as LaLiga’s international OTT platform, LaLigaSportsTV, explains the journey to creating an asset that will represent the competition for many years to come.

Enrique Moreno, global brand director at LaLiga added: “This will help us become even more consistent when applying a brand identity that’s already among the best in the world.”

It starts with a beat
With contributions from Vidal, Moreno, LaLiga president Javier Tebas and audiovisual director Melcior Soler, among others, the Heartbeats of the Future documentary gives a detailed insight into the how the project unfolded.

The first chapter began by focusing on LaLiga’s fans of the future. Specifically, those who had not been born yet. To create a unique ‘beat’ to form the basis of the track, LaLiga invited pregnant women to record the heartbeat of their baby in the womb, an invitation that more than 3,000 people accepted.

From these entries, a final selection of 90 were selected (representing the amount of years that LaLiga has been in existence) to be incorporated into the musical piece.

Having incorporated the fans of the future, LaLiga then turned to the fans of today. The applause and chants of fans in the stadium is a central part of any LaLiga match, meaning this would become one of the main pillars of the music. Through recording and adding these elements, the central rhythm was established.

From Madrid to Abbey Road
Having been constructed in the Spanish capital, LaLiga then travelled further afield to produce a work that would incapsulate the competition’s global status.

In total, Vidal and his team called upon the services of 130 musicians representing 20 different nationalities to bring the project to a conclusion. He spent time in the Smecky music studios of Prague to record the choirs, before making use of London’s famous Abbey Road studios to complete the orchestral part of the piece.

After the final mixing process in Madrid, thepiece was officially revealed to the public in October.

“It’s an epic and recognisable sound, with which all fans of our competition can identify with,” Tebas said. “We wanted to make this with impeccable professionalism and give it an international character, the same as LaLiga, so that fans around the world feel that a part of this soundtrack is theirs. "

Arriving to LaLiga stadiums
Having launched the new identity LaLiga is now working alongside clubs to bring it to fans across the country. Its first initiative was a pioneering sound experiment in Spain which showed the ability of the soundtrack to bring fans together in more ways than one.

Inspired by an experiment from the University of Gothenburg, LaLiga brought fans of all 42 clubs together to sing the new melody together. This process, the study found, synchronised the heartbeats of all participants, rising and falling with the music.

“It was amazing to see how the fans worked together, no matter where they came from or what club they represented,” Vidal noted. “Everyone could become immersed in the soundtrack of LaLiga, they felt it and made it their own.”

#LaLiga forms a choir with 42 fans to perform an exciting sound experiment!

Taking the next step in its journey, LaLiga’s new sound identity can now be heard through the stadiums of the competition, giving fans of LaLiga Santander and LaLiga SmartBank the chance to build their own relationship with the music and deepen their connection to the competition in the process.

“We’ve managed to produce a soundtrack that instils a sense of pride and belonging,” Moreno said. “That’s why it’s the best league in the world, because it belongs to us all.”