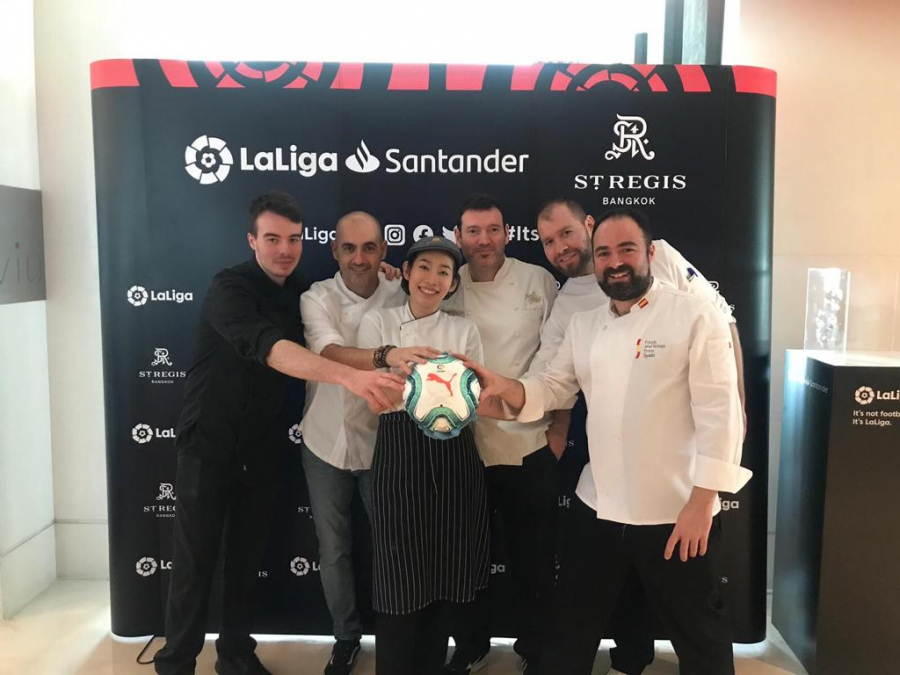 Two of the most important elements of Spanish culture are food and football and they often go together. Fans and media in Thailand and Vietnam were able to discover this at recent gastronomy events that were organised in the two Asian countries by LaLiga in collaboration with Spanish Extravaganza, a company dedicated to organising events around the world that celebrate Spanish cuisine.

“Gastronomy and football are intertwined, with the pairing of great food and great football enhancing any viewing experience, whether watching in public or at home,” said Ivan Codina, the league’s managing director for South East Asia, Australia, Japan and South Korea. “LaLiga is a representative of the Spanish brand and, with that, of Spanish gastronomy. We wanted to develop a concept that could promote the competition in all its variety by associating each club with dish typical of their region.”

Each of the 20 clubs in Spain’s top division had a special tapa created based on the club’s individual story. For example, a typical Madrid stew with Spanish pork dumplings was the tapa for Leganés, a team in the south of the Spanish capital, while octopus cooked in garlic with a shrimp sauce was the tapa for Celta Vigo, a club in Galicia where seafood is everything.

The events in Thailand and Vietnam lasted four and five-days respectively. Activities ranged from luxury dinners to media lunches to the promotion of the LaLiga tapas at popular bars.

The events allowed LaLiga to meet many journalists, with dozens of articles published about the events and with local TV coverage too. Considering posters detailing the history and facts about each club were also on display, those attending the events could learn about Spanish football at the same time as they enjoyed new tastes and flavours.

LaLiga has been working in both countries for some time as part of its ongoing internationalisation strategy. It will continue to do so while looking for unique activities that will engage fans, as Codina explained. “Both Thailand and Vietnam are hugely passionate football markets and LaLiga has been contributing to the development of football through strategic partnerships, for instance with the Thai League,” he said. “Our aim is always to bring LaLiga closer to our fans and the LaLiga and Spanish Extravaganza collaboration is an example of the wide-ranging and innovative ways that we are able to do that.”