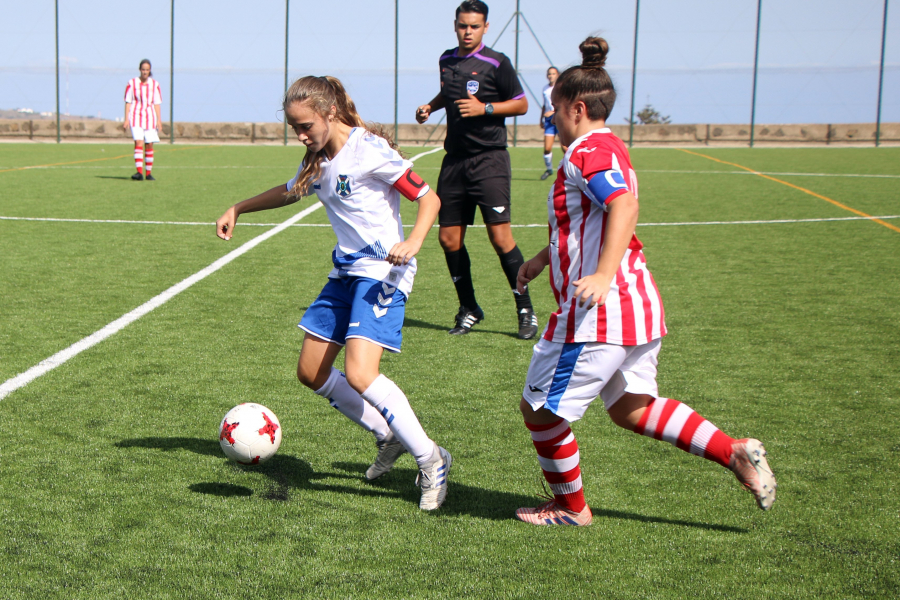 In 2019, women’s football has entered the mainstream, earning record attendances, widespread media coverage and social media followers across the world. One of the most important outcomes from this trend is the rise of clubs that are investing in the grassroots of the sport, encouraging young players to get involved and making women’s football part of the club’s brand identity. This is certainly the case at CD Tenerife.

From this season, the island club has a professional women’s team competing in Spain’s first division and at the same time, it has entered a team into the youth categories of the game.

“This is something those at the club have been working towards for for a long time, but the circumstances didn’t come about until this year,” Javier Armas, head of communications at CD Tenerife, explained.

“The Tenerife federation has played a huge role in this, advising from the beginning about the best ways to enter the game. Now with the support of our charitable foundation, we’ve had the final push necessary for the project to come to fruition.”

Explaining why the club elected to build its own team rather than attach its name to an existing project, Armas added: “We preferred to launch our own project and to start from scratch, ensuring that we could maintain our brand identity.”

Priority is growth and development over sporting results

The project will be led by the CD Tenerife foundation with the objective of developing new players and with the target of gradual and progressive growth for the women’s team. This will be the priority even ahead of sporting objectives.

This is partly informed by the club’s previous experience in women’s football, which came in 2004 with the creation of the Tenerife-Villa Mariana side. With a lack of infrastructure in place, the team did not continue beyond its debut season.

“Having launched two teams we are looking to the future and not necessarily immediate results. We want to see the fruits of this work in a few years,” Armas added.

“We are developing players to compete in the matches, of course, but our primary mission is to build long-term enthusiasm from these players through the training and development work that we do. We’re going step by step.”

As with any project that is beginning from scratch, it’s essential to have established a plan and a working model, as well as a brand philosophy. An important part of the efforts into launching this project has been forming a brand identity, which for CD Tenerife is focussed on youth development and collaboration.

To build on this, CD Tenerife continues to get involved with initiatives that strengthen sport in general and that involve both men and women in football. Both the club and its foundation plan to develop these programmes and share its insight with other teams from the island.

A successful recent example is the ‘+Base’ project. Every week, the club organises visits to a local town with the coaches from its training and technical school, who work with local youth teams to share the values and objectives of the women’s football project.

“The relationships with the other clubs on Tenerife and across the Canary Islands are very good,” Armas noted. “Given our location we are always reaching out to others. But through the foundation, some very interesting programmes have already been rolled out in collaboration with other clubs. With this we can show the girls that we are on the right track.”